Welcome back wrestling fans to the most in depth and exciting Ring of Honor review going today. We’re going to hit the reset button this week as we move on to a fresh set of tapings and matchups. Although last week struggled with the end of a taping blues, we’ve grown to expect that and the following week usually bounces back with the quality and intensity that only ROH can provide. Let’s get to the action! 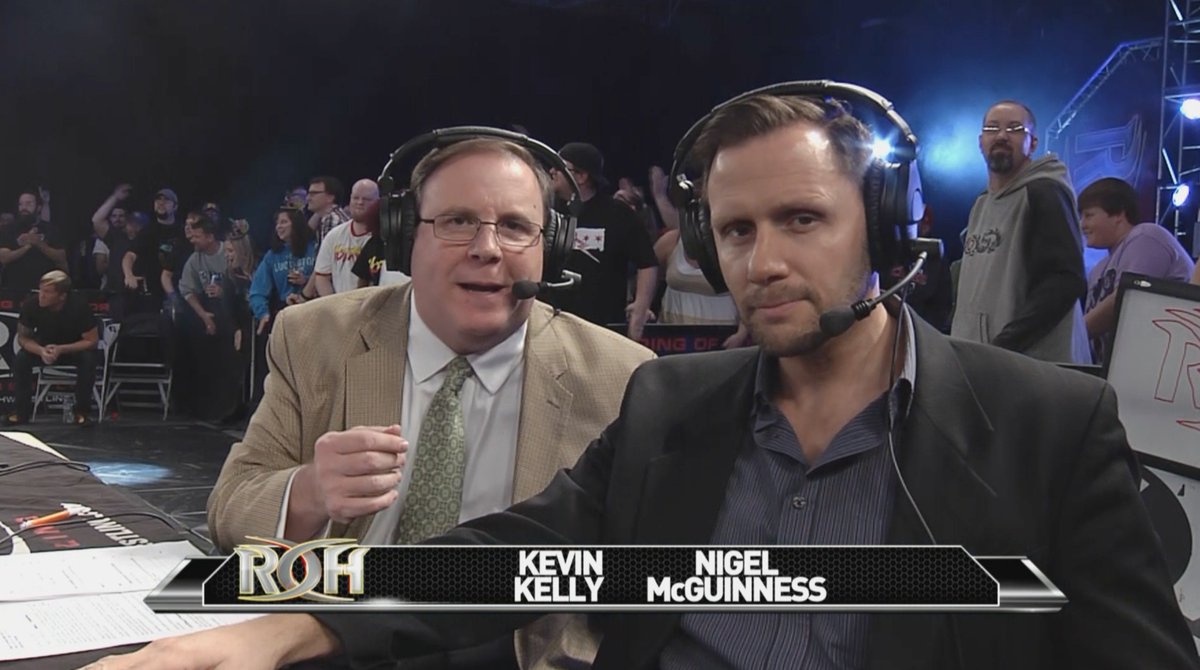 Nigel McGuinness joins Kevin Kelly on commentary as the fate of Steve Corino still hangs out there. I can see the light at the end of the tunnel for this storyline and I don’t mind it as much now that they are picking up the pace. 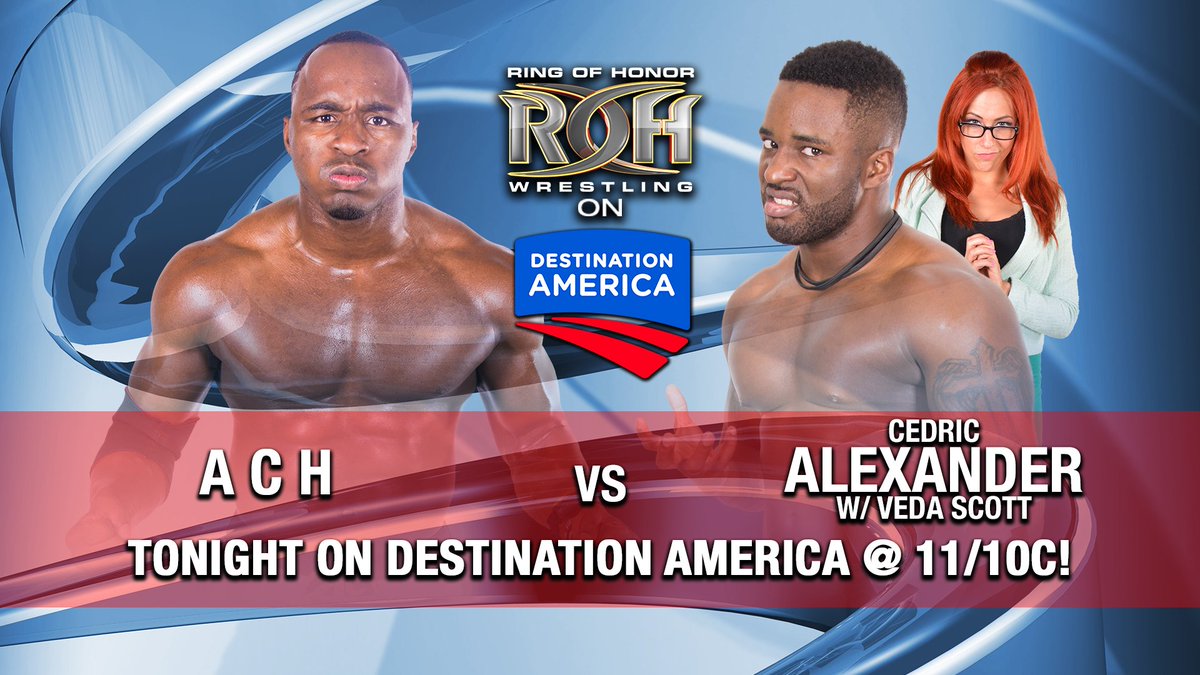 Cedric and Veda are still working the angle where they sue ROH due to unsafe working conditions. Hopefully we get some development on this as it’s been declared but nothing more. Tie up into a side headlock takeover from Cedric. ACH grabs the ropes and escapes as the two men stare each other down. They trade arm drags and leap frogs until ACH takes down Cedric with a dropkick for a 2 count. Ach hits a tornado vertical suplex for a 2 count. ACH maintains control and sends Cedric to the floor. Veda distracts ACH and Cedric takes him down with an STO onto the ring apron as we cut to the first break. 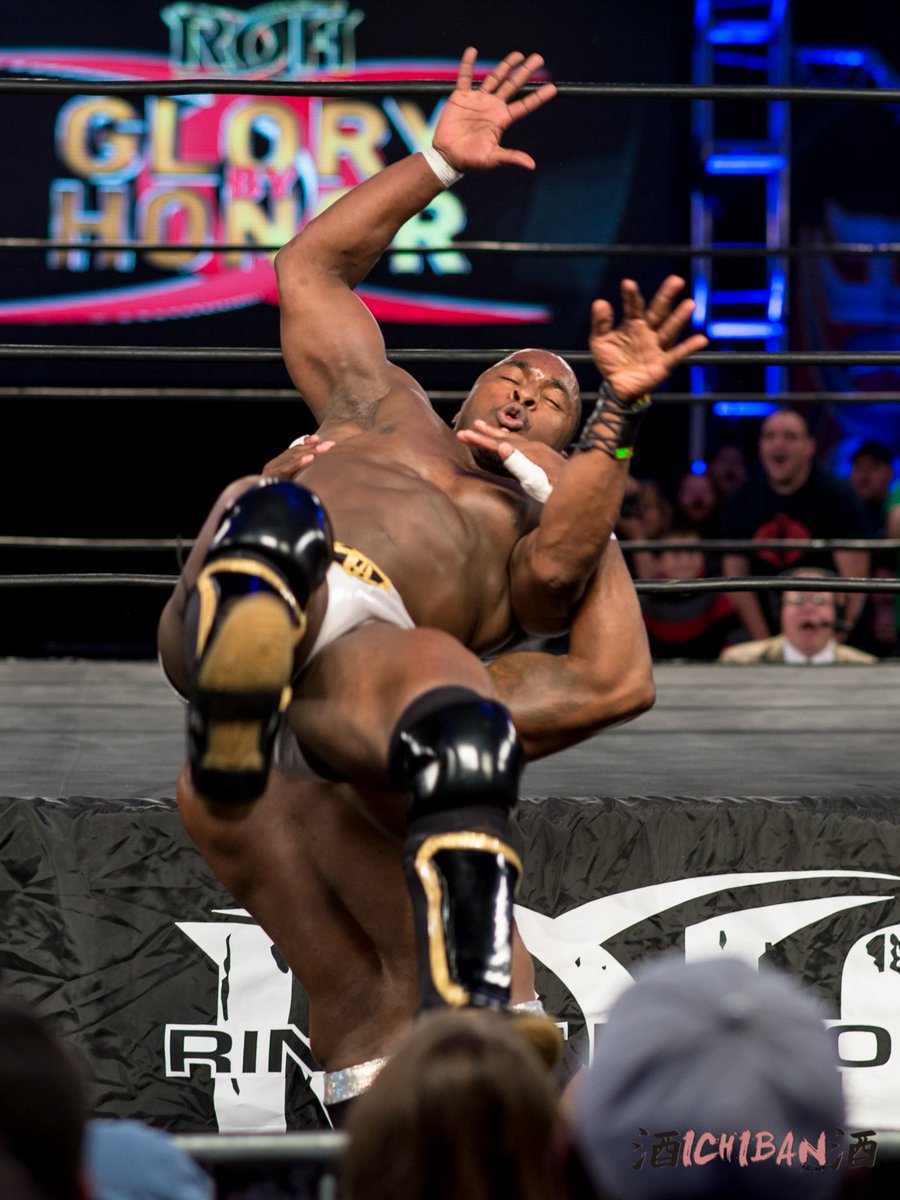 We return to see ACH and Cedric trading blows in the middle of the ring. A right hand backs up ACH and Alexander nails a vertical suplex. He hangs on, swivels his hips, and goes for another. He teases going for the third, a la Eddie Guerrero, but throws down ACH to taunt the fans before hitting the third amigo. ACH fights back with chops and strikes, wearing out the chest of Alexander. Cedric reverses an Irish whip but ACH slides through. Cedric tries to reverse a kick but ACH nails the enziguri before turning Cedric inside out with a clothesline. ACH teases a dive but hits a baseball slide because Veda was in the way. ACH then flies over the top with a Swanton to take down Cedric as the fans erupt in “ACH” chants. ACH throws Cedric in the ring and goes to the top rope. Cedric recovers and gets to his feet but ACH nails him with a running forearm into a German suplex for the 2 count. ACH goes for a front face lock but Cedric slips out and catches ACH in a Michinoku driver. Cedric tries a kick but ACH reverses into a superkick. Both men are down as the ref begins the count to ten. ACH is up first and goes for a vertical suplex. Cedric reverses and ends the sequence with an ensiguri. He then dropkicks ACH in the corner. Cedric goes for a springboard but slips off of the top rope. ACH hits a superkick, followed by a brainbuster, followed by the Midnight Star for the victory. 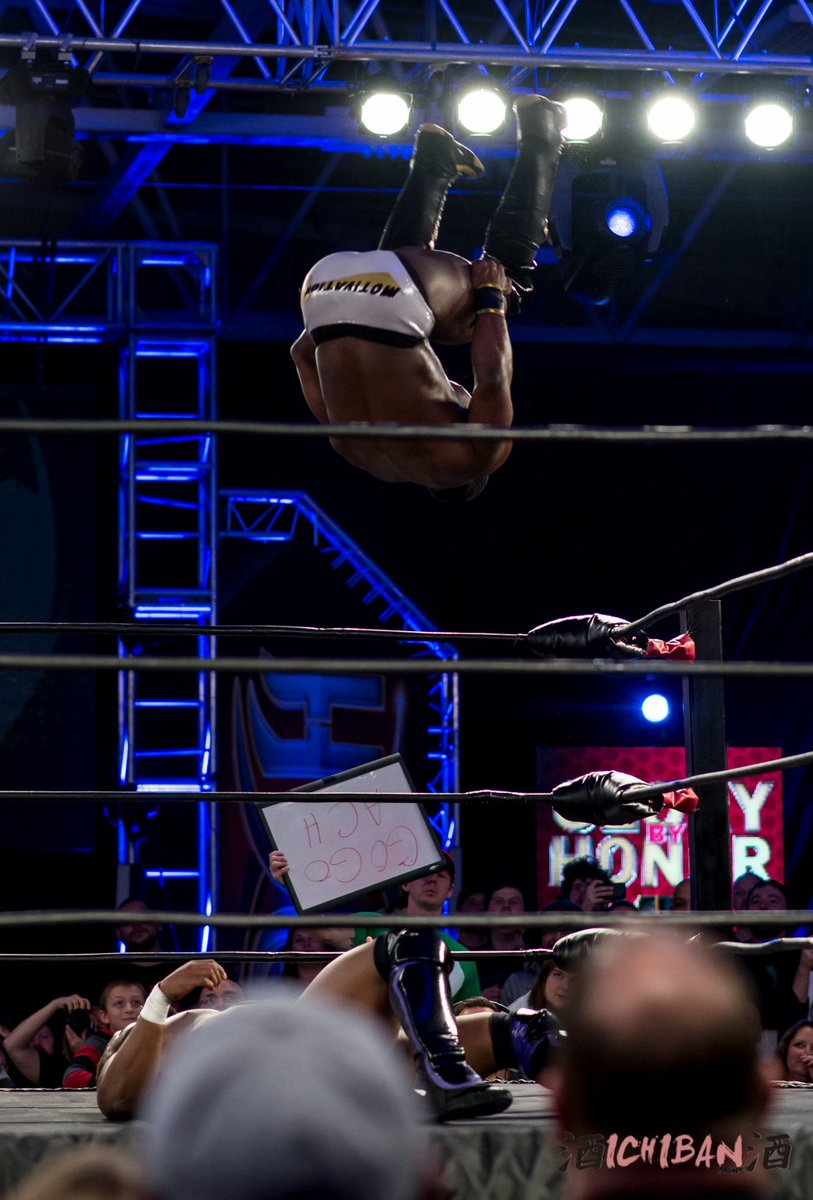 Post-match: Kevin Kelly discusses Survival of the Fittest this coming Friday, and the finals of the best of 5 series between ACH and Matt Sydal. ACH says he will walk in with the same mentality as when he wrestled AJ Styles or Samoa Joe, but this time he will walk out with his hand raised. 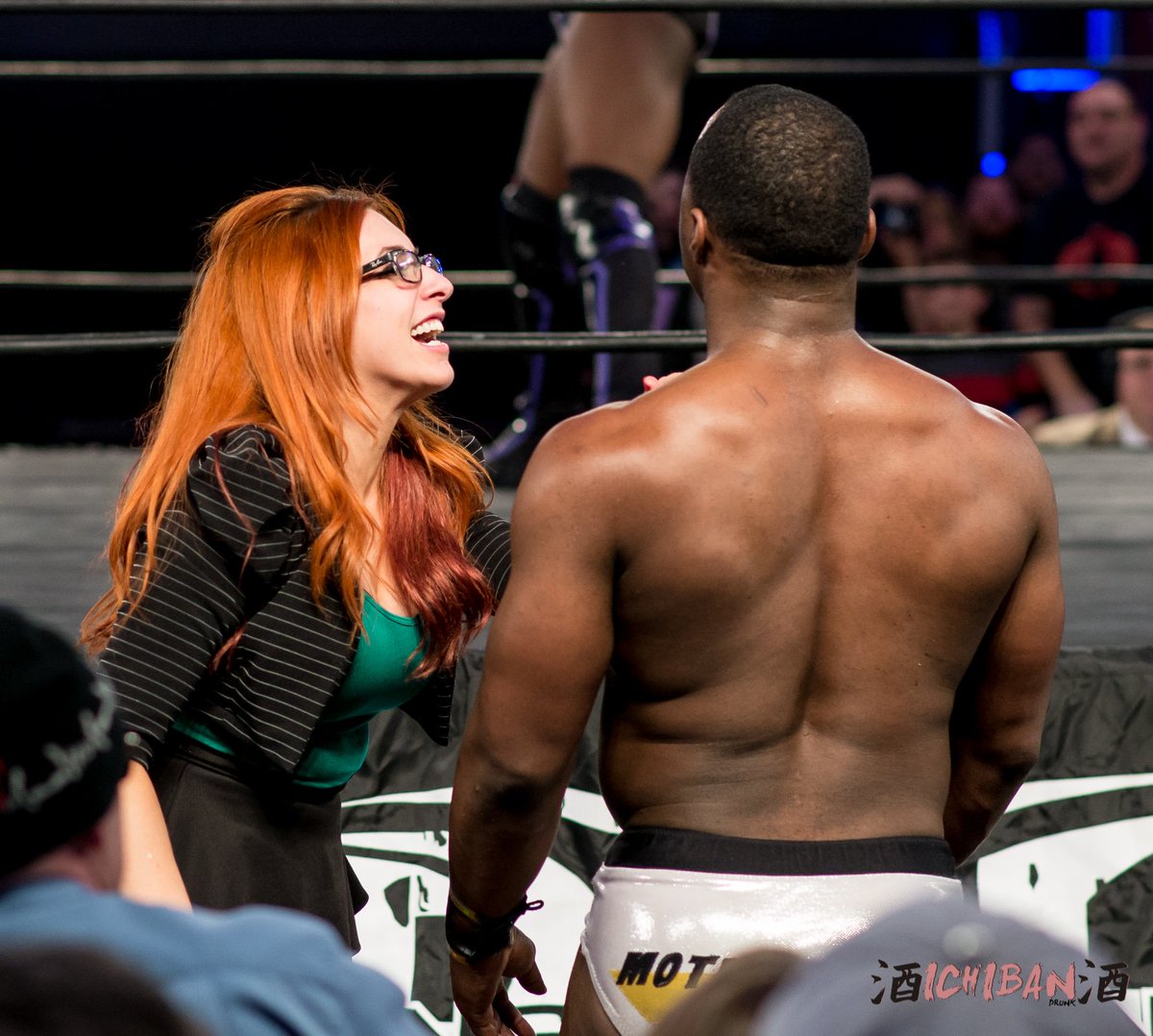 My take: That was an excellent match. Both of these guys are really good and if you had never seen an episode of ROH TV before, this was a great match to start on. There was sound psychology throughout, and teasing the Eddie spot, only to go for a major heel move, was a great homage to whom I consider to be the most complete wrestler of all time. The finish was unique and tied in beautifully with the storyline they are going for. Also, the right guy won. My hat is off to these two, as well as the agent who helped structure this match. 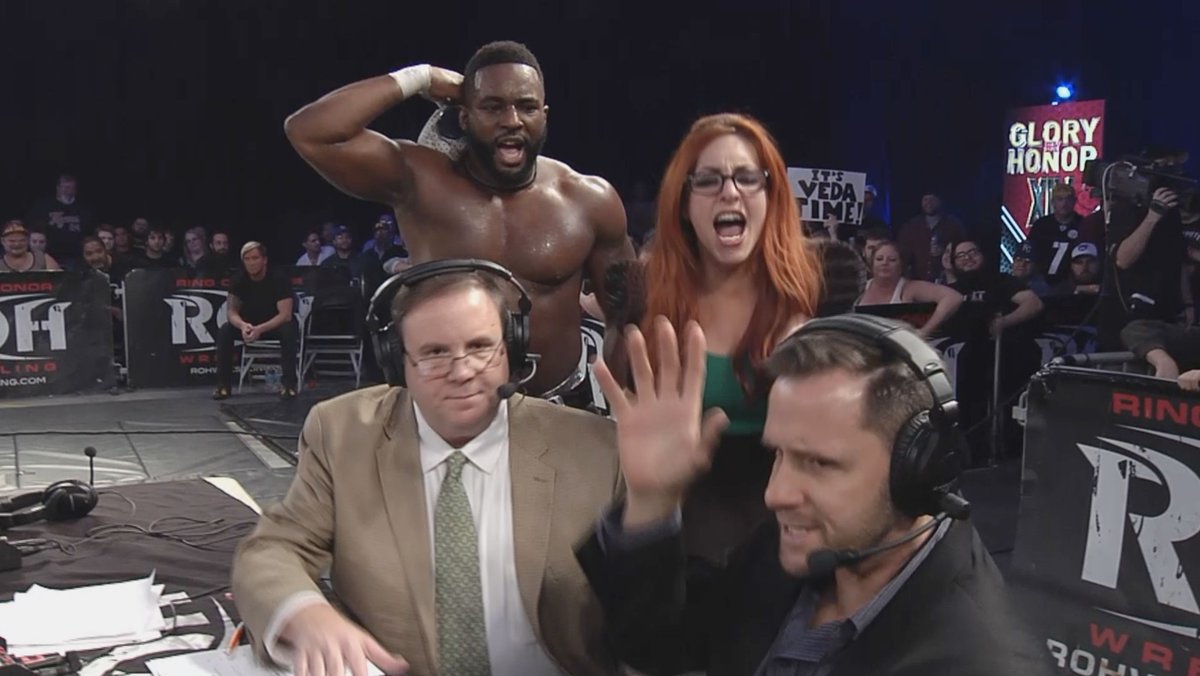 After the break, Veda and CA are at the announcers’ desk. Veda says the rope that ACH slipped on was covered in baby oil. She holds Nigel personally responsible. Nigel says now is not the appropriate time to discuss this. 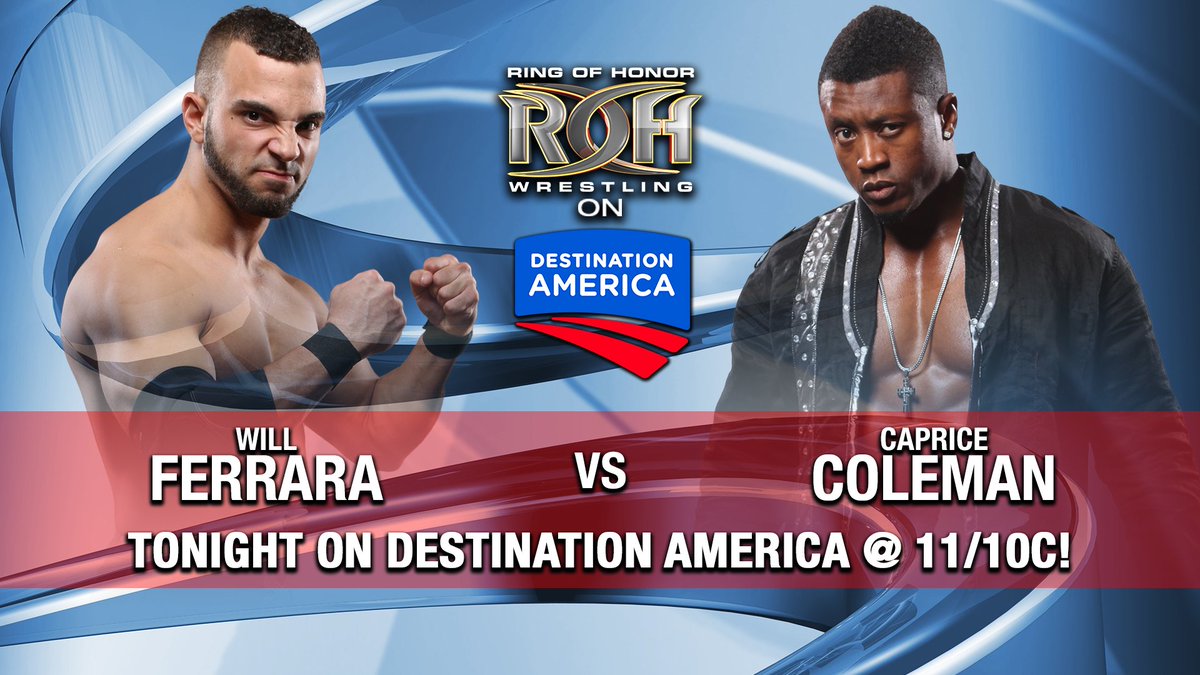 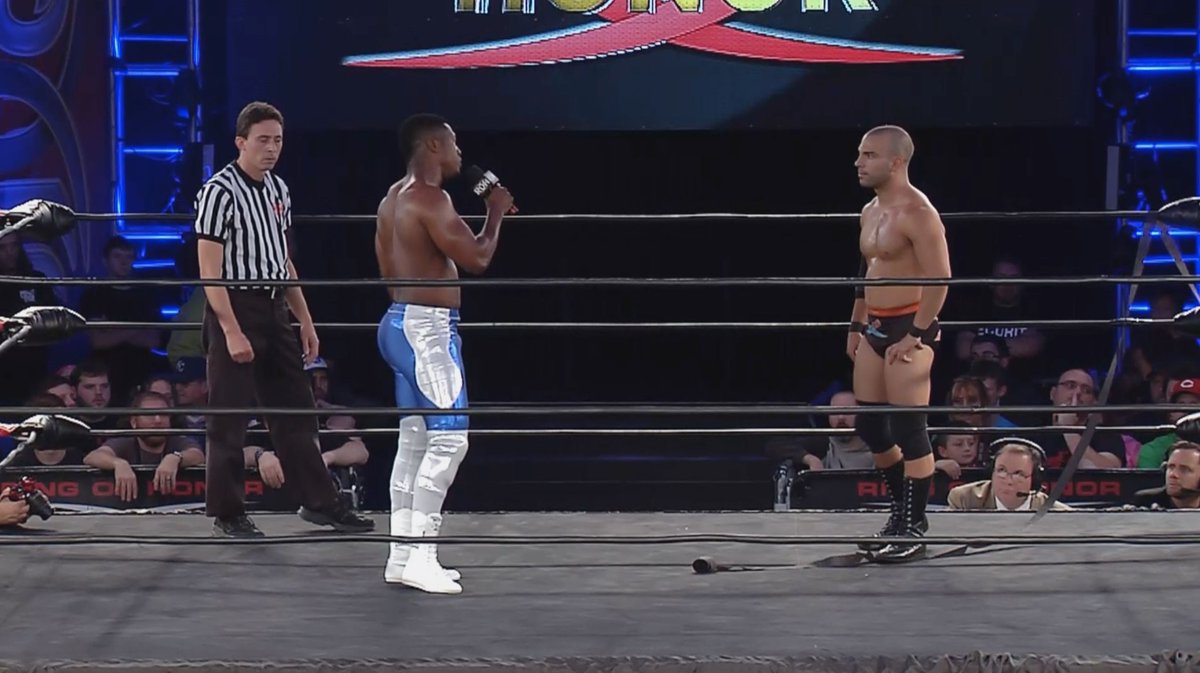 My take: Coleman is not a promo guy by any stretch of the imagination. That being said, I like the jilted veteran angle he is working right now. The match was solid overall but I just don’t get excited about either of these two.

Adam Cole speaks backstage about his rivalry with Kyle O’Reilly. He mentions how he pinned O’Reilly last week and we see clips of last weeks’ main event. Adam then talks about his match with Kyle in June 2012 in the Hammerstein Ballroom in a hybrid fighting rules match. Cole won the match, and has a pretty serious scar above his lip from this match. We then cut to the finish of that match where Cole, with his face a bloody mess and a mangled upper lip, locks on the figure four, tapping out Kyle O’Reilly. Cole says that as long as he’s in the company Kyle will not be champion. Cole says he won’t stop until Kyle is gone from ROH.

My take: Great promo work by one of the top talents in ROH. I expect a ruthless encounter that could be one of the best matches of the year once these two finally lock up again. 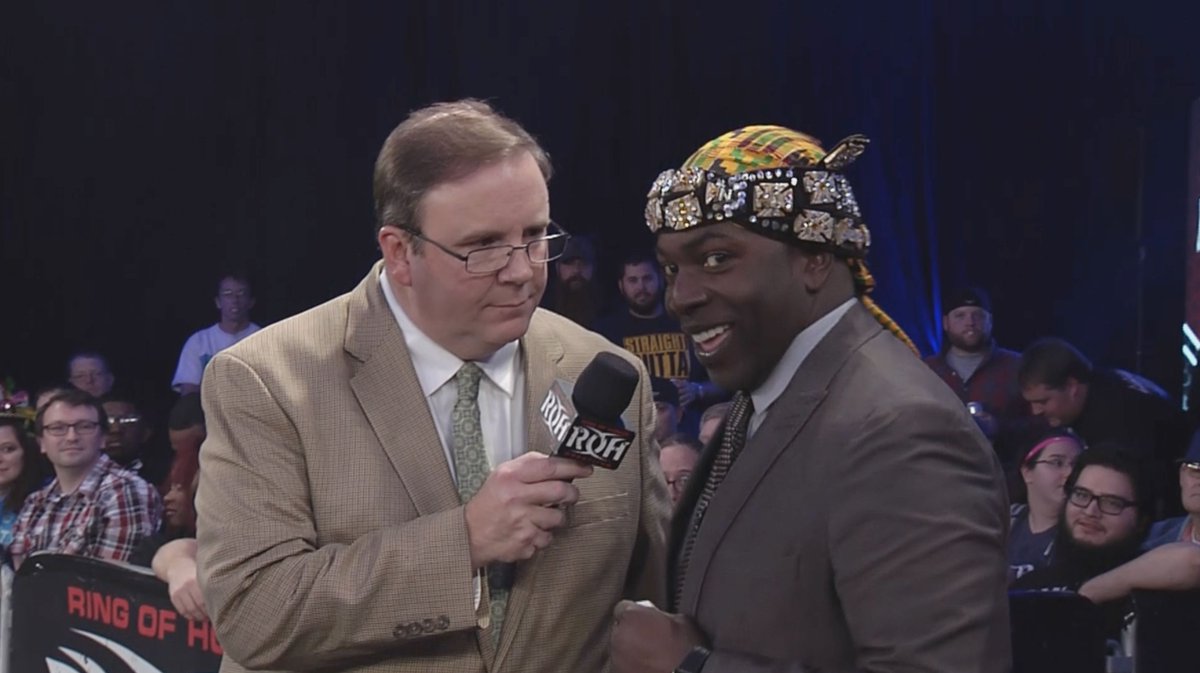 We then see highlights of the return of the ANX at All Star Extravaganza. It was a really good tag team match and I expect to see another good one tonight. 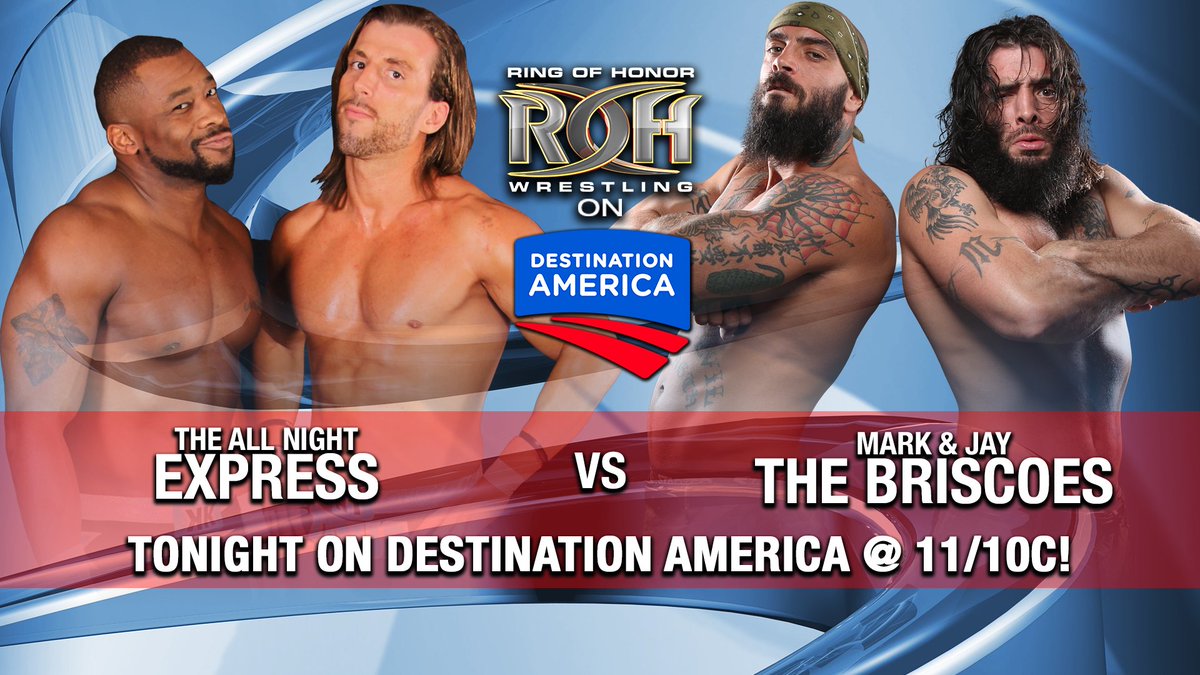 Main Event: The All Night Express V The Briscoes 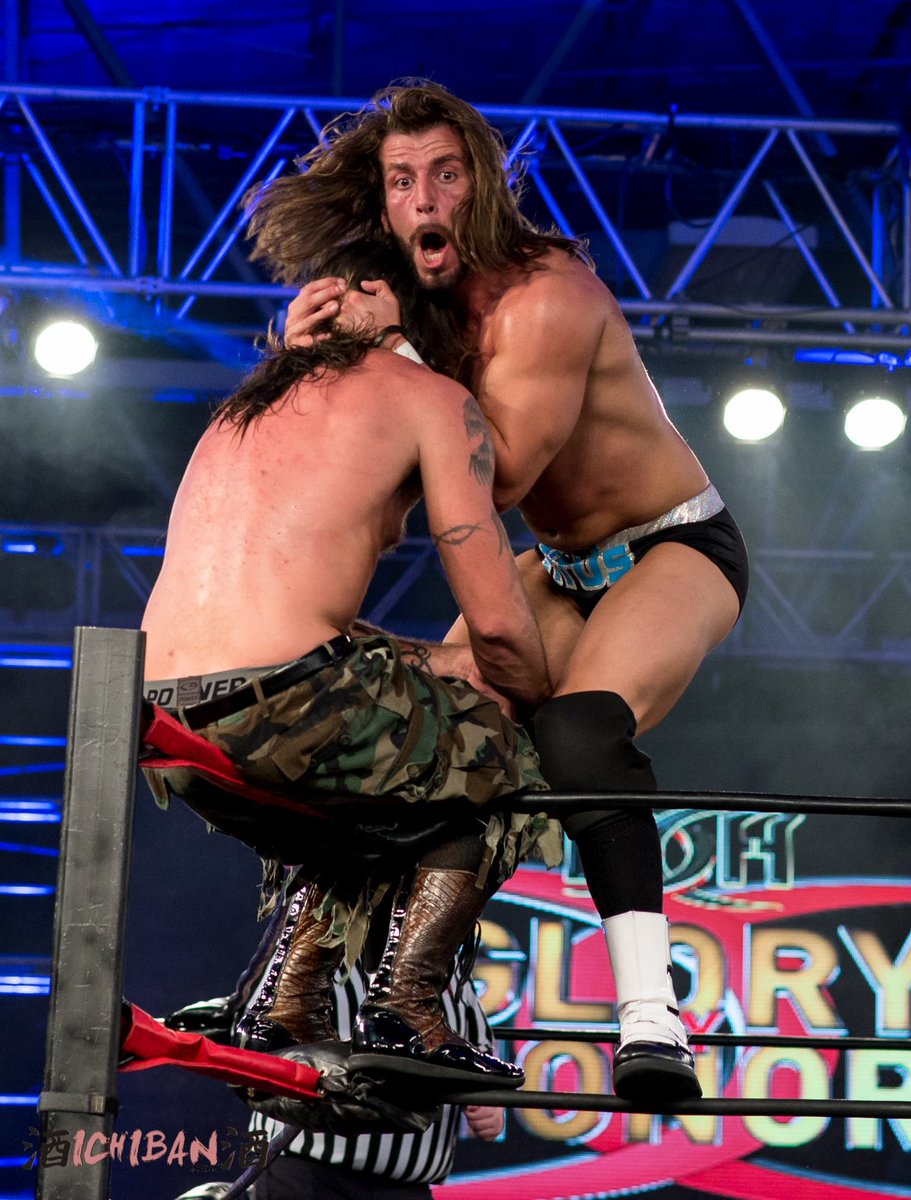 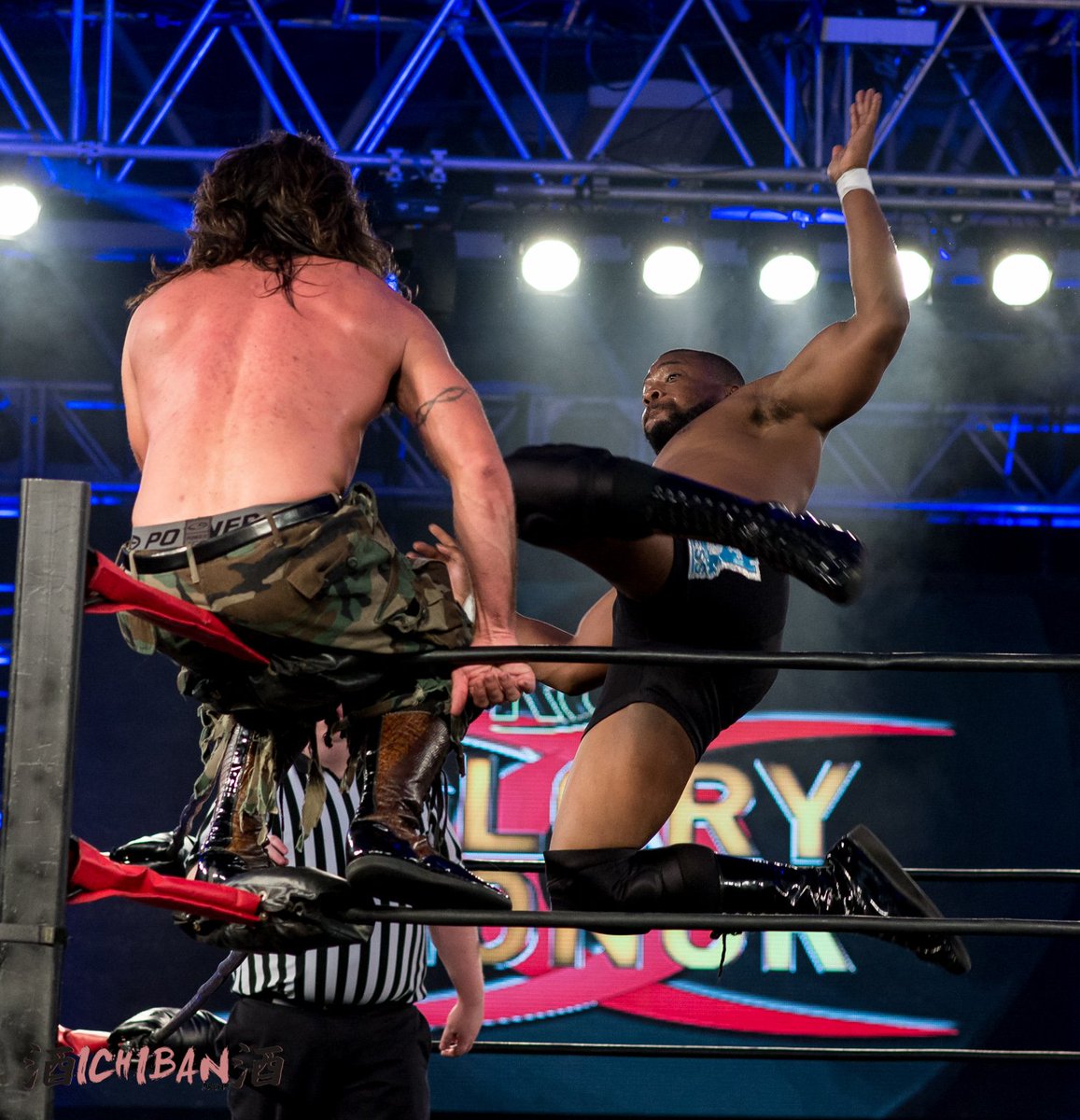 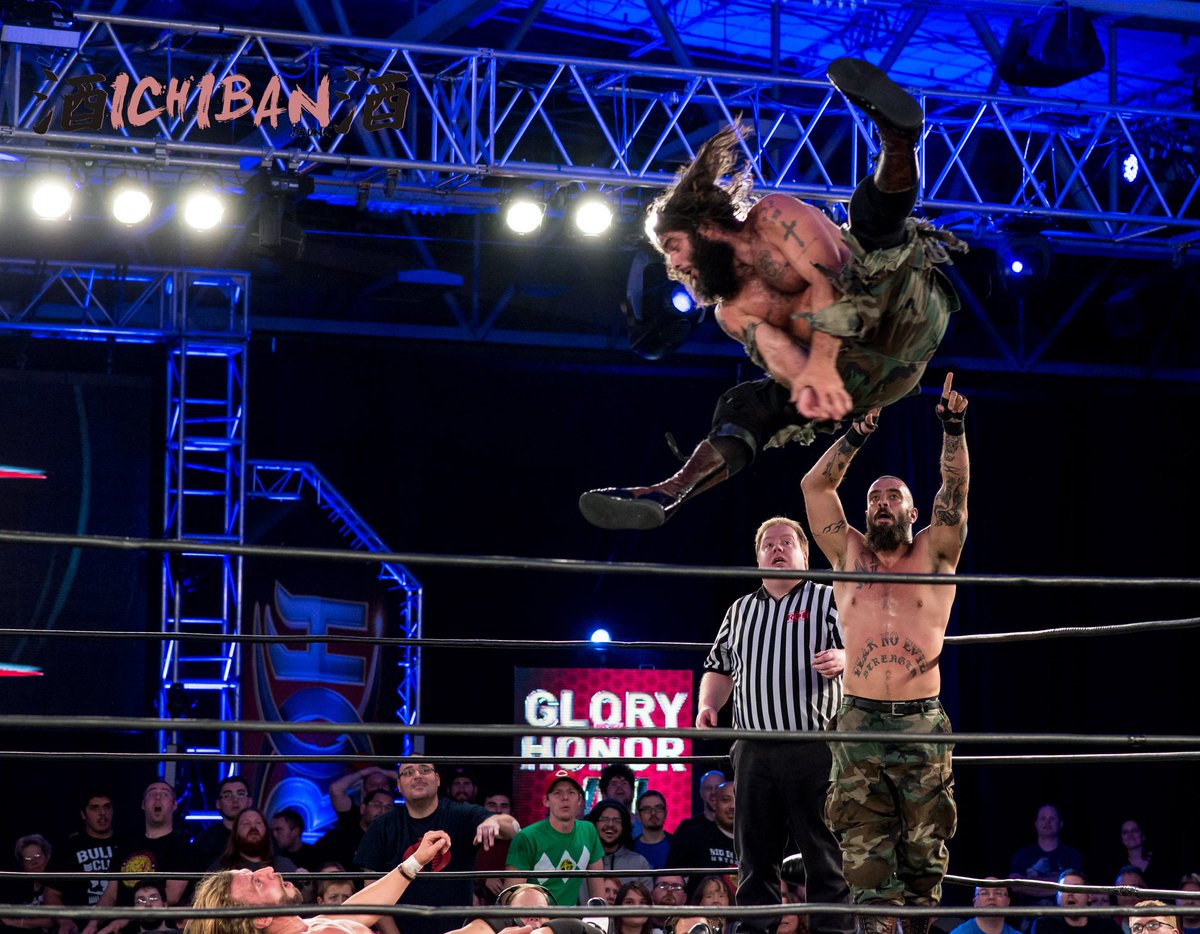 Winners: The Briscoes via pinfall

Post-match: All four men shake hands and adhere to the Code of Honor as the show ends.

My take: This was a pretty good match, but we just saw the same four guys put on a much better showing on PPV. The match seemed to exist to allow the Briscoes to get their win back and not much else. Maybe I’m a little spoiled by the high quality tag matches we regularly see on ROH TV, but this one just didn’t wow me. 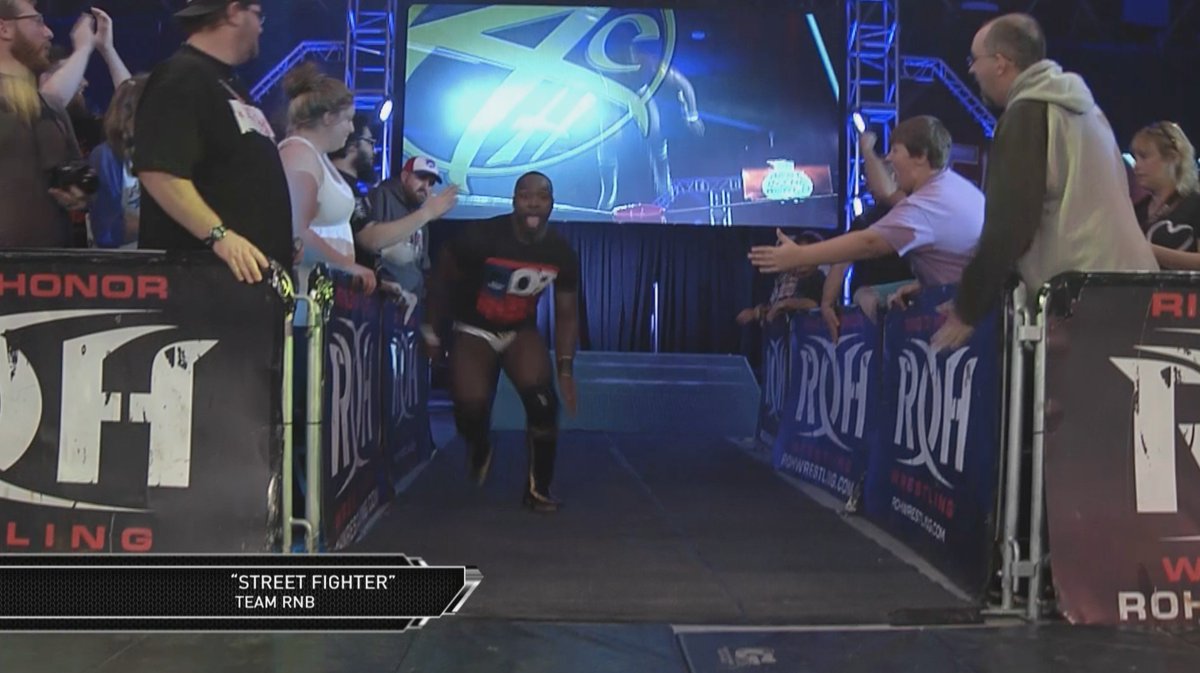 Honorable mention: ACH takes the crown tonight. I didn’t have any problems making a selection, because the opening contest really stood out and, although it was a great effort by all involved, the award goes to the winner. Congratulations ACH, you have won this weeks’ Honorable mention and the envy of every other wrestler on the planet.

Final take: We have a tag team title match to look forward to when the Addiction and the Kingdom square off. It will be fun to see how the heel V heel dynamic plays out. I am puzzled as to why Dalton Castle hasn’t been featured much since All Star Extravaganza. He has to get the boys back at some point and I am hoping the payoff will be worth the wait. I think it would be reasonable to expect a really good main event for next week, as well as storyline advancement for all of the threads hanging out there so let’s hope the good folks over at ROH are with me on that.

What did you think of this weeks’ episode of ROH TV? Who would you like to see featured more heavily on the weekly TV show? You can follow me on Twitter @webbanderson2 and also comment in the section below. As always, thanks for reading.