This week’s WWE Smackdown Live takes place in Toledo, Ohio. The Smackdown brand didn’t fare well at Money in the Bank because both contract ladder matches were won by Raw wrestlers Braun Strowman and Alexa Bliss.

Smackdown is moving on with a 5-man Gauntlet match with the winner of the match earning a WWE Title match against AJ Styles at Extreme Rules on July 15. The five men in the match are: Big E, Rusev, The Miz, Samoa Joe and Daniel Bryan. A Gauntlet match is where two guys start the match, when one man loses, the next man goes in until there’s one winner. That means there are four decisions (pinfall, submission, countout or disqualification) in the match.

TJR Thoughts: Since Styles is a babyface WWE Champion, that likely means The Miz or Samoa Joe will be the winner. I guess it could be Rusev since he’s still heelish even though he gets cheered a lot. Daniel Bryan would be a great choice just to put on the best match possible. I’m leaning towards Samoa as the winner while Bryan can be paired off with The Miz to start their summer feud. 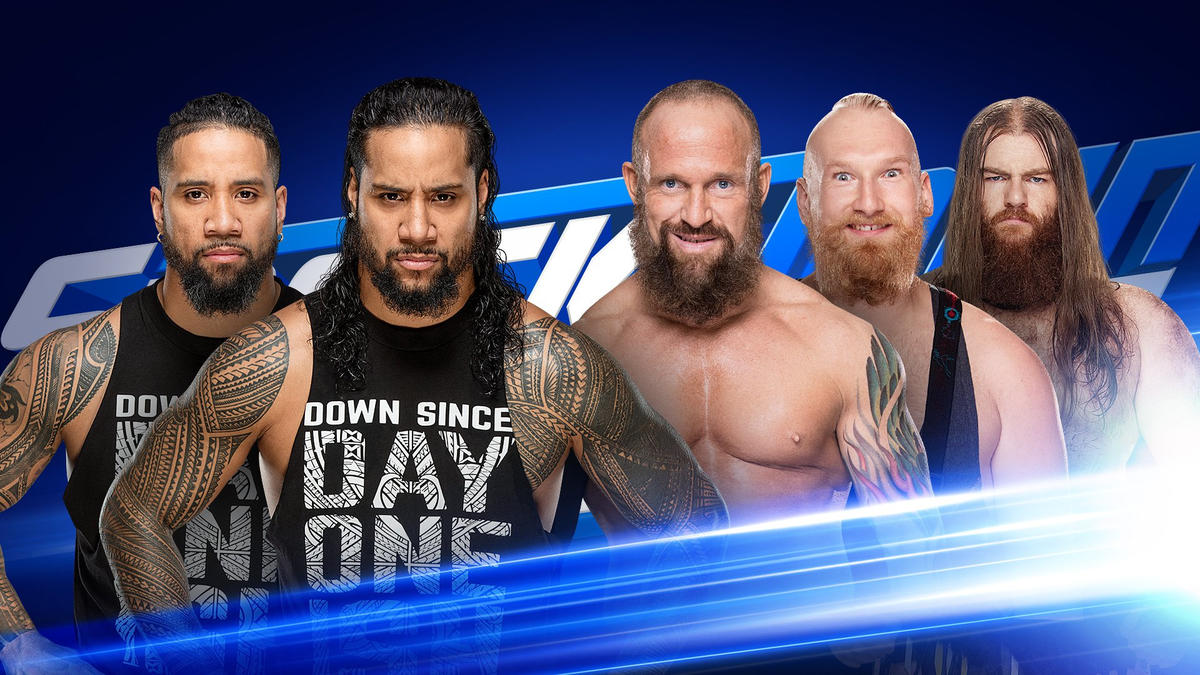 In other Smackdown news this week, the Sanity trio of Eric Young, Alexander Wolfe and Killian Dain will finally make their debut by having a tag team match against The Usos.

They have also announced a women’s match with Becky Lynch facing Billie Kay.

My Smackdown review will up on Wednesday morning. I won’t be home to write about it live tonight.