Tonight’s edition of WWE Smackdown takes place at the WWE Performance Center in Orlando as usual. It’s the last Smackdown (read about last week’s show here) before Sunday’s Money in the Bank pay-per-view event. This show was taped about two weeks ago and they have advertised four matches going into the show.

Here’s what is advertised for Smackdown in the WWE.com preview:

This feud for Strowman’s Universal Title hasn’t been very interesting at all, so hopefully they can do something to make us care about the storyline a bit more. It appears as though Wyatt will be wrestling as Wyatt rather than The Fiend character at Money in the Bank. Perhaps if they do a rematch at a future show then we might see Wyatt as The Fiend, but for now he is likely just staying in that Wyatt look with the sweater.

Over the last month, WWE has aired video packages about Jeff Hardy’s return to in-ring action and every time they’ve done it, Sheamus has taken exception to it. Sheamus made it clear that he’ll be there when Jeff returns. The WWE.com preview says this:

There’s plenty to still be written in Jeff Hardy’s WWE story, and the next chapter begins this week on Friday Night SmackDown.

The Charismatic Enigma made his return to action earlier this year by defeating King Corbin on the blue brand in his first match of 2020. In recent weeks, Michael Cole has led the promotion of Hardy’s WWE journey and set the stage for the former WWE Champion to re-establish himself on the blue brand. Only one problem: No one cleared that plan with Sheamus, as The Celtic Warrior has voiced his frustrations and anger with the ongoing Hardy tributes.

What will be in store when the iconic highflyer makes his return, and will Sheamus be far behind? Tune in to SmackDown at 8/7 C on FOX to see Hardy back in action.

What will probably happen is a win for Jeff Hardy in a short match over a wrestler that is not a big name. After that, Sheamus may attack Jeff or challenge him to a match at Money in the Bank. I like the prospects of a Hardy/Sheamus feud because they are both former World Champions that need feuds, so it works to pair them up for a fresh rivalry. 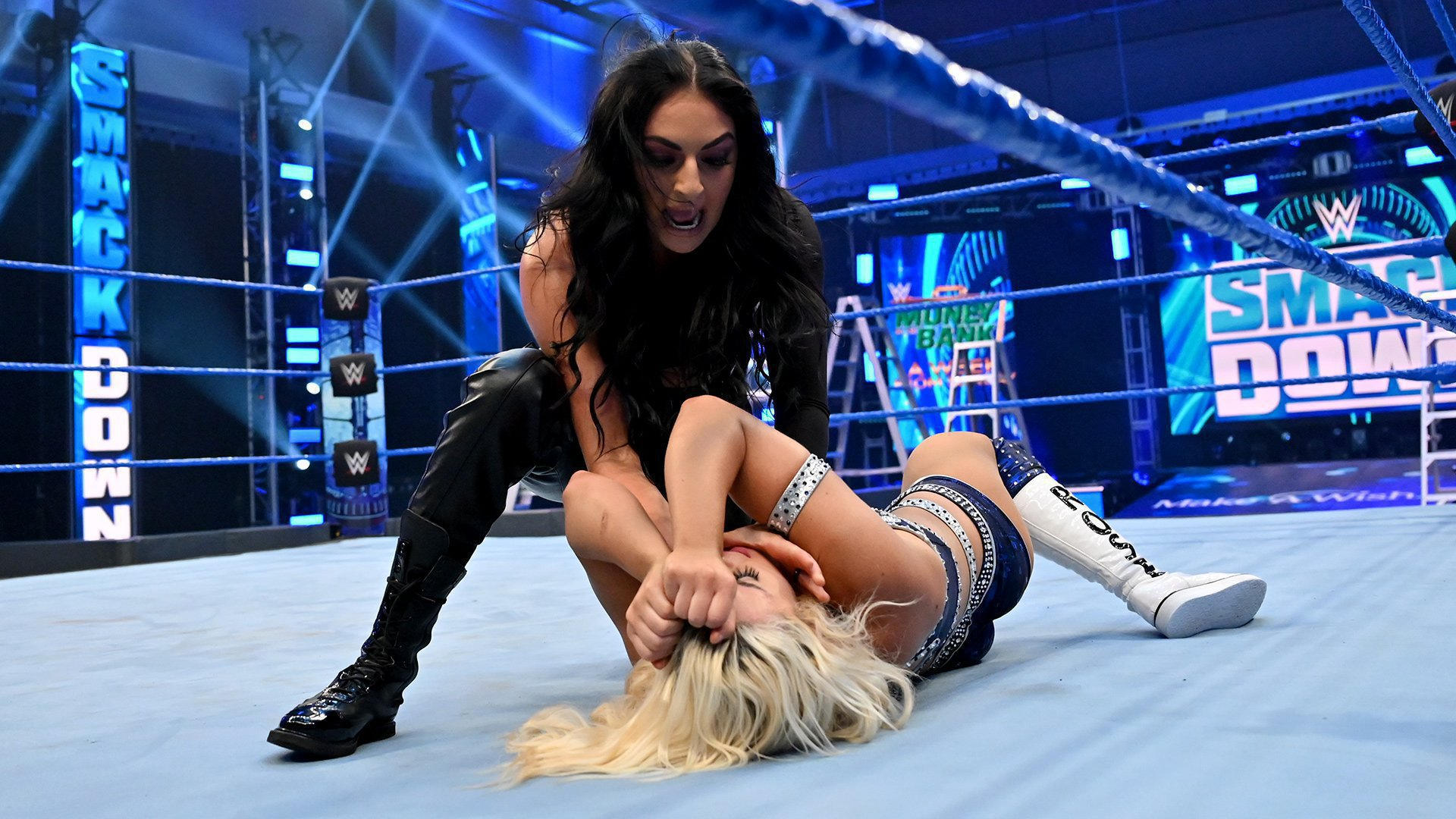 The build to this match has surprisingly been pretty good thanks to Deville delivering during a heel promo a few weeks ago while Rose is likable in the face role since she is nice to a bigger man like Otis.

What I think they might do here is have a match with a DQ ending or something cheap, which will lead to another match at Money in the Bank on Sunday. There’s no reason for them to have one match and end the feud. It should continue past this one match.

Tamina to team up with Lacey Evans against Bayley & Sasha Banks

This story has gone back and forth for a few weeks. Evans beat Banks to qualify for Money in the Bank because Bayley accidentally cost Banks the win. After that match, Tamina laid out Bayley with a superkick. Last week on Smackdown, Bayley and Banks were back on the same page as they beat up Tamina during a cheap attack and then Evans made the save.

Since it has gone back and forth like that, I’m leaning towards Evans and Tamina getting the win after Bayley and Banks mess up again. I think Bayley will beat Tamina at Money in the Bank, so typical WWE booking style suggests a Tamina or Evans win on this show.

As you can see from the graphic at the top of this post, there’s a mystery partner joining Bryan and Gulak in the six-man tag team match tonight. King Corbin took out Elias in a cheap backstage attack several weeks ago, so I figure it’s going to be Elias joining Bryan and Gulak in this match. They could go for another babyface wrestler, but Elias makes sense in this spot.

I’ll pick Bryan to win the match for his team since he’s in the Money in the Bank Ladder Match on Sunday, so WWE will want to give him some positive momentum heading into that show.

It’s not a great lineup in this era of empty arena shows, but at least they are building on some stories heading into Money in the Bank. I just don’t think Smackdown has enough storylines right now to help a struggling blue brand right now.