Shawn Bennett, a referee on WWE Raw, has celebrated National Coming Out Day by publicly announcing that he is gay.

Bennett, who began his WWE career back in 2013, posted a statement on Instagram in which he explained how, when he began refereeing at the age of 14, he would try to suppress “any and all homosexual thoughts”, and hid his sexuality from people in the wrestling business for many years. However, he came out to his family and friends in his late twenties, and has now taken the brave step of coming out to the world.

Bennett’s full statement can be read below.

Oh yea, I’m gay.
There’s the answer to the question I get asked most on social media.

This should come as little surprise to those that know me, but I’ve never actually said it publicly before.

To put my life in perspective, I started refereeing at age 14. I did my best to suppress any and all homosexual thoughts before and after that for a long time. I once long term dated a woman and for a while, tried to live my life that way. I didn’t come to my own full realization about myself until early 20s. That’s when I knew it was the way of life that would make me happy. As cliche as it sounds, I feel I was born this way.

I came out to friends and family in my late twenties. That’s when I stopped hiding it, but would never put myself out there in anyway. People that knew, knew. People that asked, I would be truthful with. There are still important people in my life that I have never literally told.

I spent my first 10 years involved in pro wrestling terrified of my own sexuality. I was convinced that I would never be successful if people knew I was gay. Those were fears that I made up in my head.

Once I got to WWE, I would continue to keep to myself as much as possible. When discussing relationships around people that were not in my close circle, I would talk in a way that would hide the sex of whoever I was talking about. I would even pretend to be single when I wasn’t, just to avoid talking about my past partner.

I’ve lived my dream multiple times over since then and I feel more strongly about sharing myself with everyone now more than ever. The fact that I haven’t been public meant that I was still hiding behind a mask. This post takes a ton of weight off of my shoulders. This post crumbles the wall that I’ve had up for so long and removes the mask.

I’m proud of who I am, what I’ve accomplished, where my life is headed, and my way of life. Like everyone else, at the end of the day I just want to be happy, to give and receive love, both to myself and others.

Representation is important.
Always face your fears.
Always chase your dreams.
Above all, always be yourself.
It’s worth it.” 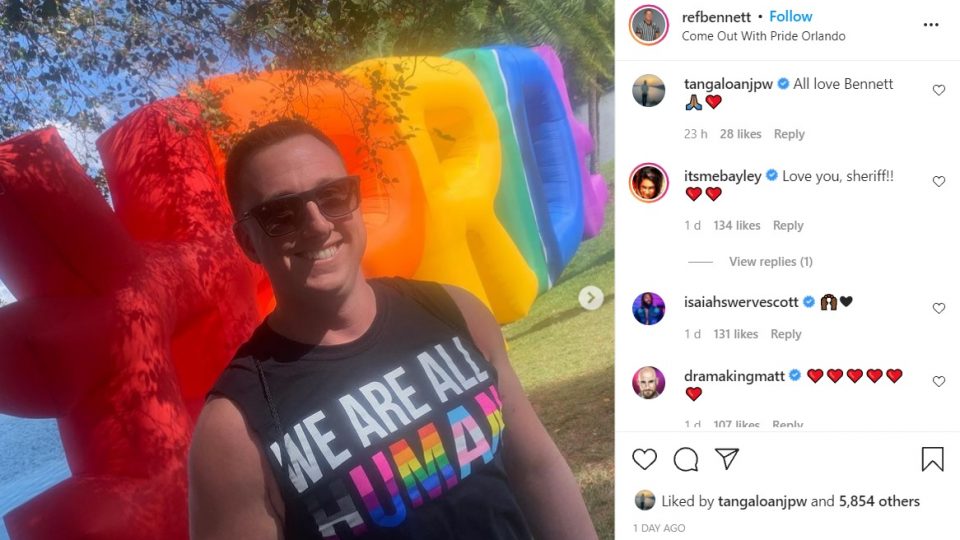 The wrestling world has responded to Shawn Bennett’s statement with love and support, with stars from promotions including WWE, NJPW, and IMPACT Wrestling sending their well-wishes.