Some people that were drafted to Raw last week are working Smackdown live events in Australia this week, so they won’t be on Raw tonight. That includes Randy Orton, Charlotte Flair, Buddy Murphy (he’s Australian), The IIconics (also Australian), Asuka & Kairi Sane, and Erick Rowan.

In terms of TV ratings, WWE will have to go up against the NFL Monday Night Football game on ESPN with the New England Patriots facing the New York Jets. That should do well. There is no baseball playoff game because the World Series starts on Tuesday.

Even though “The Fiend” Bray Wyatt was drafted by Smackdown last week, he is expected to be on Raw tonight because I guess brand-exclusive drafts don’t apply to monsters that can change the lighting.

Here’s what WWE has advertised for Raw: 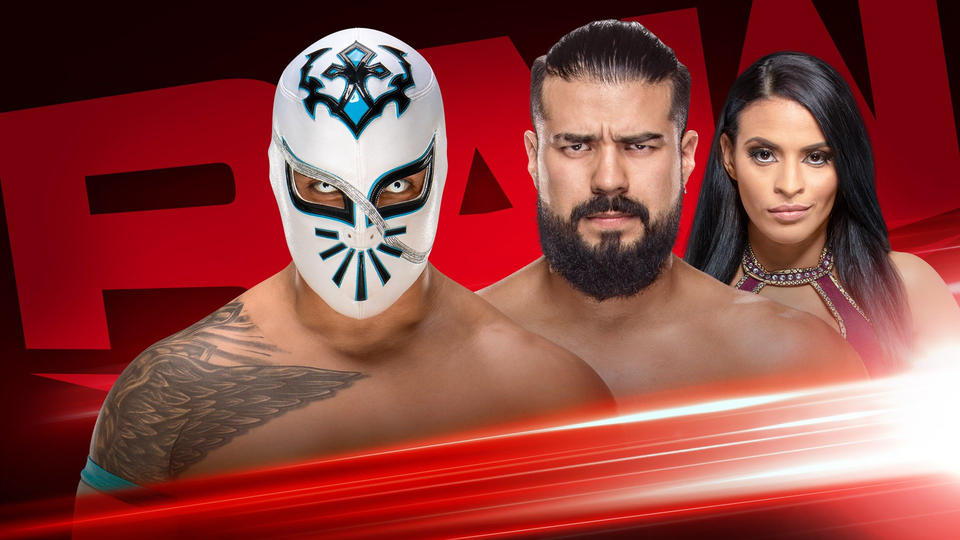 * Seth Rollins to discuss burning down The Firefly Fun House

* The Street Profits challenge The O.C. with a mystery tag team partner

That’s all for now. There will likely be more matches advertised later today.

There will probably be a Bray Wyatt appearance where he gets in a brawl with Seth Rollins to build up their Falls Count Anywhere match at Crown Jewel. Rollins burning down the Firefly Fun House let to boos from the fans, so WWE has to be smart about how they book Rollins.

The Street Profits first match on Raw should lead to a win for them over The OC. I’m not sure who the partner will be, but a face wrestler like Kevin Owens, Ricochet or Cedric Alexander are possibilities.

Andrade will probably beat Sin Cara, who hasn’t been around for a while due to injury and just not being used much at all.

The current lineup for the 5 on 5 match at Crown Jewel looks like this: Team Hulk Hogan (Roman Reigns, Rusev, Ricochet, Ali and Shorty G) vs. Team Ric Flair (Randy Orton, Baron Corbin, Bobby Lashley, Shinsuke Nakamura and one more.) I think Andrade makes sense as the 5th guy on Flair’s team unless they have something else planned for him. What’s interesting about that is Andrade is dating Ric’s daughter Charlotte Flair, so there’s also a bit of a connection there.

Rey Mysterio back on Raw might be a big deal to WWE, but they aren’t telling us much there. Mysterio has been selling the attack from Brock Lesnar a few weeks ago, so maybe Rey will be back in action after a few weeks selling the injury.

That’s all for now. My WWE Raw review will likely go up on Tuesday morning.