This Monday night on WWE Raw, Kurt Angle plans to address his future in the company. The 50-year-old Angle served as the General Manager of Raw in 2017 and most of 2018 before WWE decided to get rid of the GM position in order to put the McMahon family back in charge.

Angle has been used as a part time wrestler in the last few months. He put over Drew McIntyre in a big way late last year and then he lost to Baron Corbin this past Monday on Raw. At Sunday’s Royal Rumble pay-per-view, Angle entered the match at #3, eliminated nobody, lasted only 3:15 in the match and was eliminated by Shinsuke Nakamura. It was reported in the Wrestling Observer that Angle was a last minute replacement for Zack Ryder in the Royal Rumble match.

Angle posted a message on Instagram this evening while noting that he’s going to talk about his future in wrestling:

What could it be? It’s likely a tease to a retirement where Angle might be ready to do a promo saying he was done, then he gets interrupted and it leads to one more big match at WrestleMania. It would be similar to what Ric Flair did at WrestleMania 24 in 2008 (he never wrestled for WWE again, but he did wrestle for TNA/Impact as well as elsewhere) and Shawn Michaels at WrestleMania 26 in 2010. Michaels didn’t wrestle again until Crown Jewel last year, which likely was the end of his in-ring career.

I hope Angle gets one more big match at WrestleMania and then that can be it. At 50 years old, there’s no need for him to keep taking bumps and look like he’s hurting out there. I don’t know who the opponent will be, but I think one more Angle match would be a great idea. 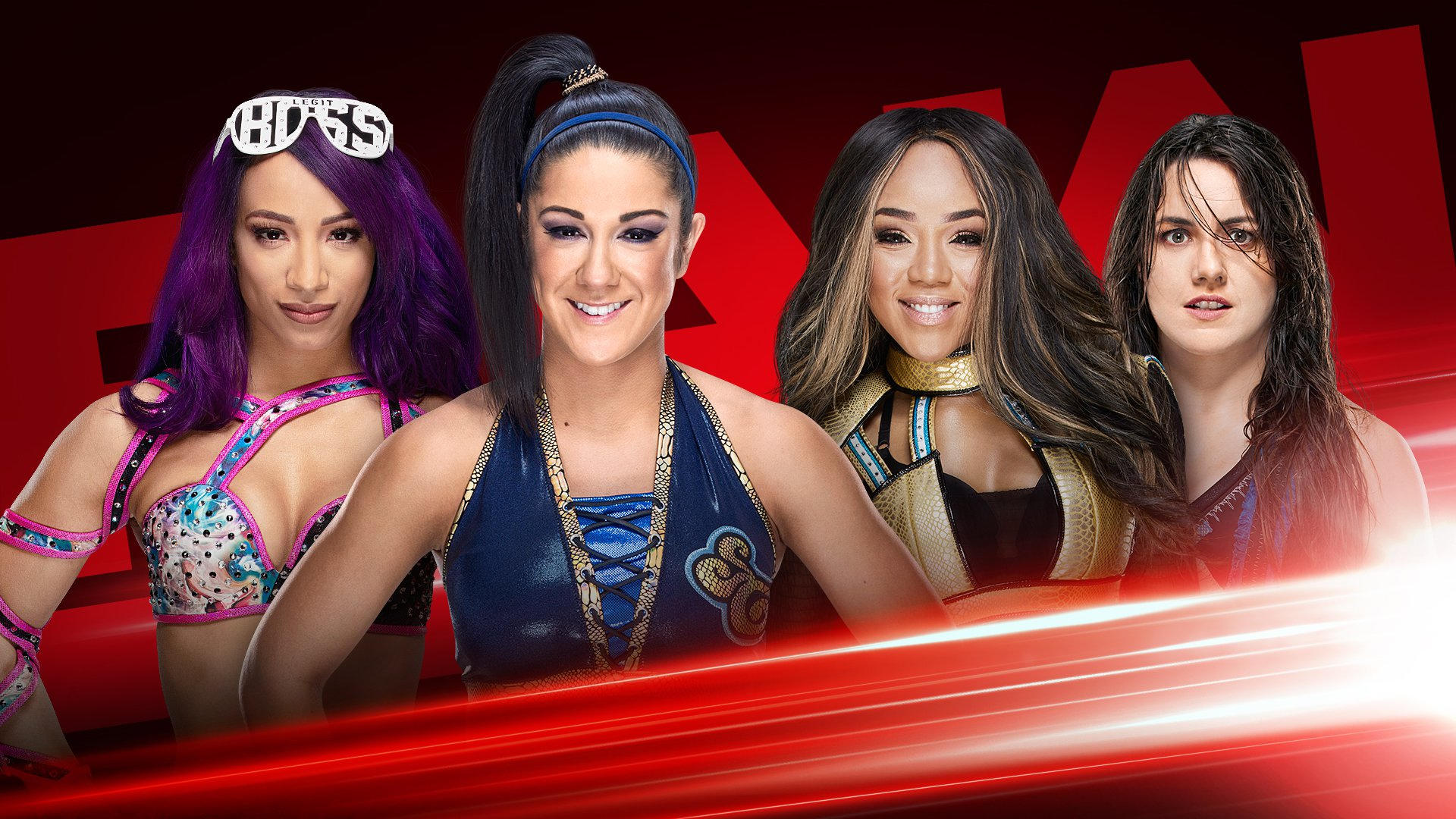 The only other thing advertised for Raw in terms of matches is Sasha Banks and Bayley facing Alicia Fox and Nikki Cross with the winning team moving on to the Elimination Chamber pay-per-view and the Chamber match for the Women’s Tag Team Titles. That should be a win for Banks and Bayley and if it’s not, that would be a big surprise.

The other things in the Raw preview on WWE.com include three generic questions:

Does Seth Rollins regret his decision to choose Universal Champion Brock Lesnar as his WrestleMania opponent?
Has Becky Lynch gotten inside Ronda Rousey’s head?
Will Braun Strowman get payback against Drew McIntyre and Baron Corbin?

If they add more matches before Monday’s Raw we will let you know.