There were several matches that WWE advertised during last week’s edition of Raw, so it gave us a full week to get ready for this week’s show. It’s rare for WWE to advertise four big matches like that, but they must have felt a need to do it because ESPN will be showing the NCAA College Football Championship game tonight featuring LSU and Clemson. It should draw a huge audience for ESPN with potentially 20 million viewers, which should lead to one of the lowest audiences for Raw this year.

Here are the four matches advertised. All four of them are rematches, so they aren’t that fresh, but it may put an end to some rivalries. 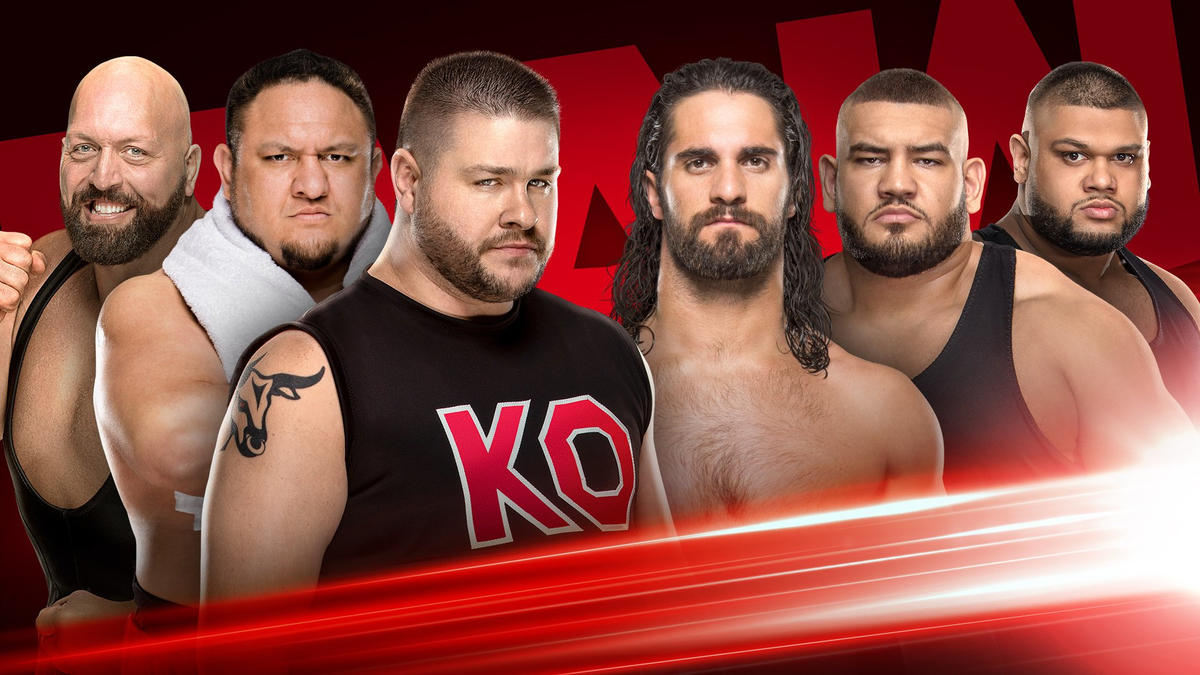 What’s a Fist Fight match? Nobody really knows. Even the wrestlers didn’t seem to know on social media when it was announced. Here’s what WWE.com says:

As revealed at the end of Raw, the two trios will go head-to-head in what’s being billed not as a bout but as the first-ever “fistfight” in WWE history. The circumstances are fitting since these are some of the Superstars most likely to take the figurative gloves off in a match anyway. Might as well make it official.

Can someone tell me what the rules to a Fist Fight are? If I punch through Seth’s face, do we win?

I think the Rollins heel group needs to win more than the faces, so I would have Rollins or AOP pin Big Show. I’m fine with 47-year-old Big Show doing jobs. That’s what he should be doing at this point in his career.

The last time they had a singles match, Orton beat Styles clean. On the next week’s Raw, Styles pinned Orton in a six-man tag. So what happens here? I’ll go with a Styles win although it doesn’t really matter. These guys are firmly entrenched in the upper-midcard on Raw no matter who wins. I think that’s an issue with some of the matches we get because it doesn’t matter who wins or loses a match like this. It’s not really going to have a dramatic effect on things. 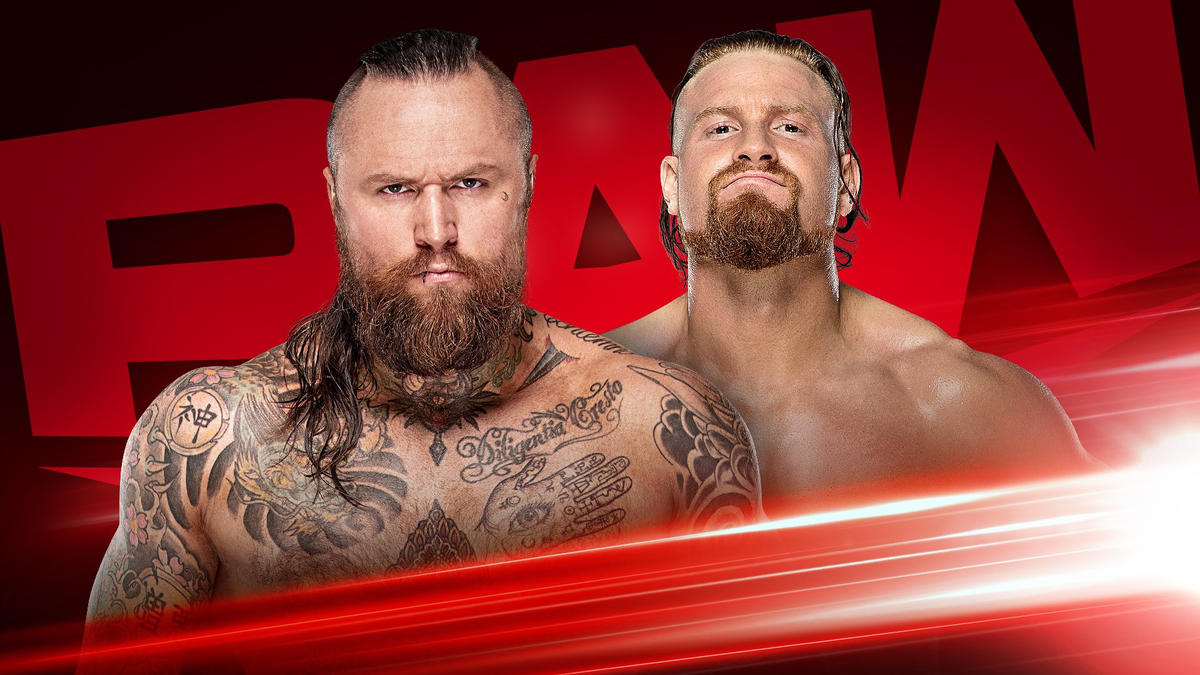 It’s another rematch since Black beat Murphy at TLC in mid-December and then on the December 30 edition of Raw. Last week, Murphy attacked Black because he was frustrated that he can’t beat Black, so that set up this match again. I think they should have announced a stipulation for it like a Street Fight or something to that effect, but I guess WWE is confident in these two having another really good match. Both of their previous matches were around the four star level (out of five) in my match ratings, so that tells you it’s going to be another good one.

I’m going with another win for Black. I know Murphy could win and maybe you could say he “needs” it, but I think Black is a guy they really need to push by giving him wins every week. Put Black over again here. 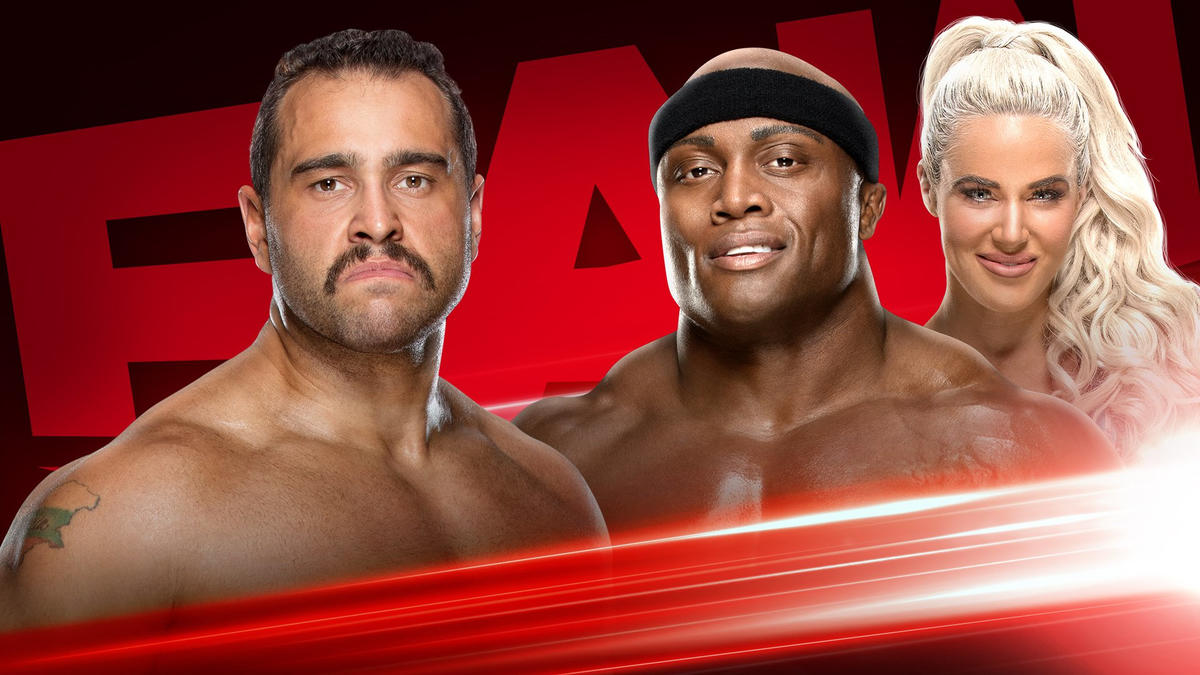 Here’s how WWE.com is advertising this match:

The drama portion of Rusev, Bobby Lashley and Lana’s love triangle has passed. Now comes the savagery. After insulting the new “Mr. and Mrs. Bob” long enough to goad Lashley into a challenge, Rusev accepted in the most ominous fashion possible, promising to bring back The Bulgarian Brute against his tormentor. And, with Liv Morgan implying she might be rearing her head as well, it’s looking like this web is coming no closer to untangling.

I guess the return of Rusev as “The Bulgarian Brute” is supposed to mean he is more serious this time? I don’t think it really matters, but whatever. It’s a WWE way of trying to sell the match. When they had their last match at TLC, Lashley won thanks to Lana’s help. I think this time, Rusev will win thanks to Morgan taking out Lana on the floor and that will allow Rusev to beat Lashley. The fans should enjoy it. 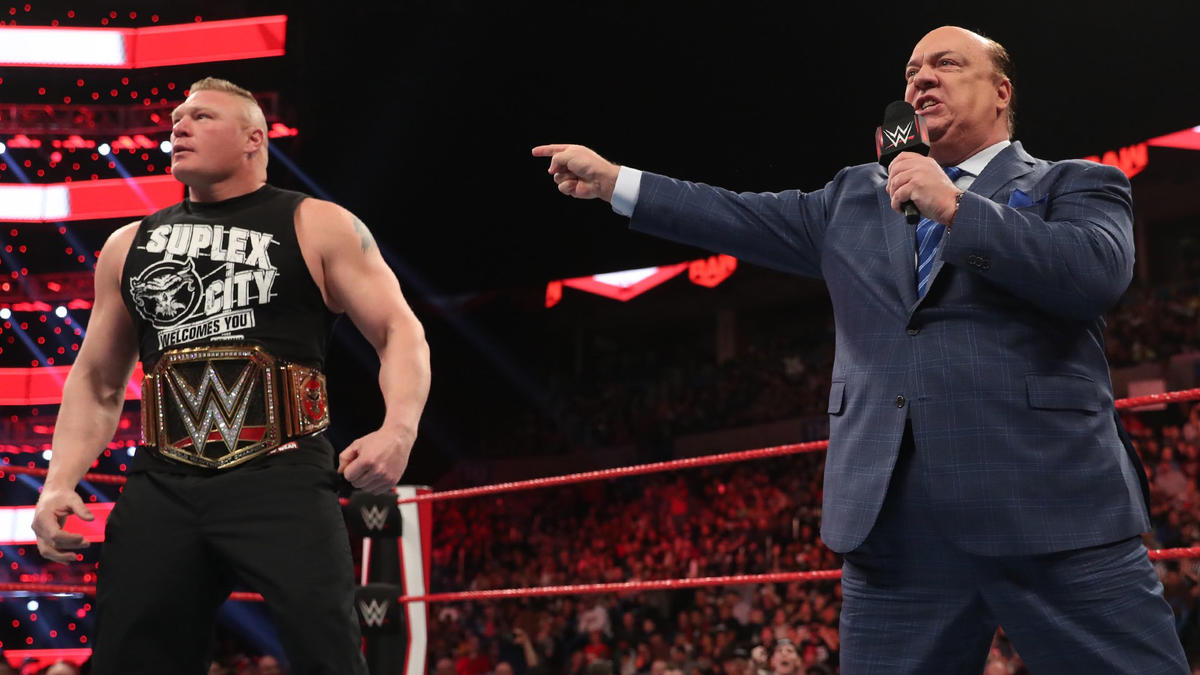 Last week on Raw, Paul Heyman announced that Brock Lesnar will be #1 in the Royal Rumble match. Lesnar’s WWE Title will not be on the line in the match, but that could always change. I like that Lesnar is in the match and that the title isn’t on the line because they can use somebody eliminating Lesnar in the Rumble to set up a WrestleMania match. Drew McIntyre perhaps? That would be my pick since Drew is becoming a babyface now. Even Rusev would be a good choice. There are a lot of options.

I’m not sure what this segment with Lesnar will be aside from more staring while Heyman talks. Perhaps McIntyre or somebody else will confront Lesnar on Raw. I don’t know who it might be, but that would make sense at least.

Anyway, that’s what is advertised for Raw in Lexington, Kentucky tonight. I’ll have a review of the show most likely on Tuesday morning. I’ll be watching that College Football title game live tonight.