There are currently eight official matches over the two-night Takeover event and here’s what we know so far.

These matches will take place on Wednesday, April 7. 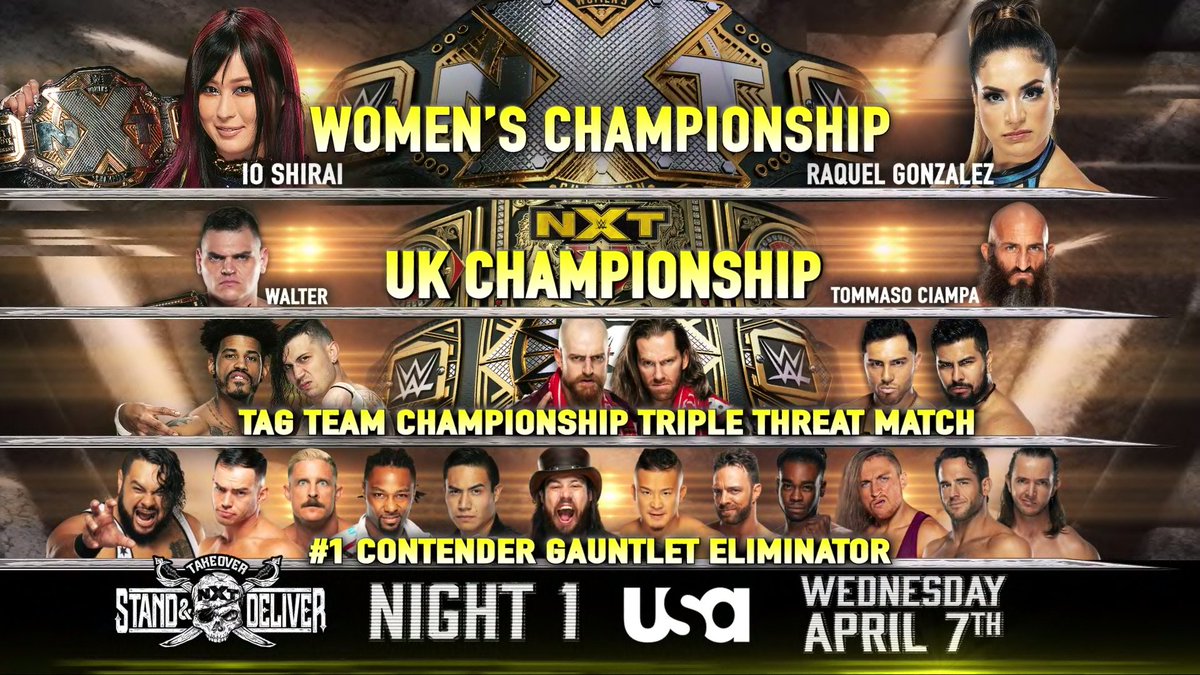 The six competitors in the Gauntlet Elimination Match will be the six men that survive the 12-man battle royal on NXT next week.

This is what April 8, Night 2 of NXT Takeover Stand & Deliver looks like on Peacock/WWE Network: 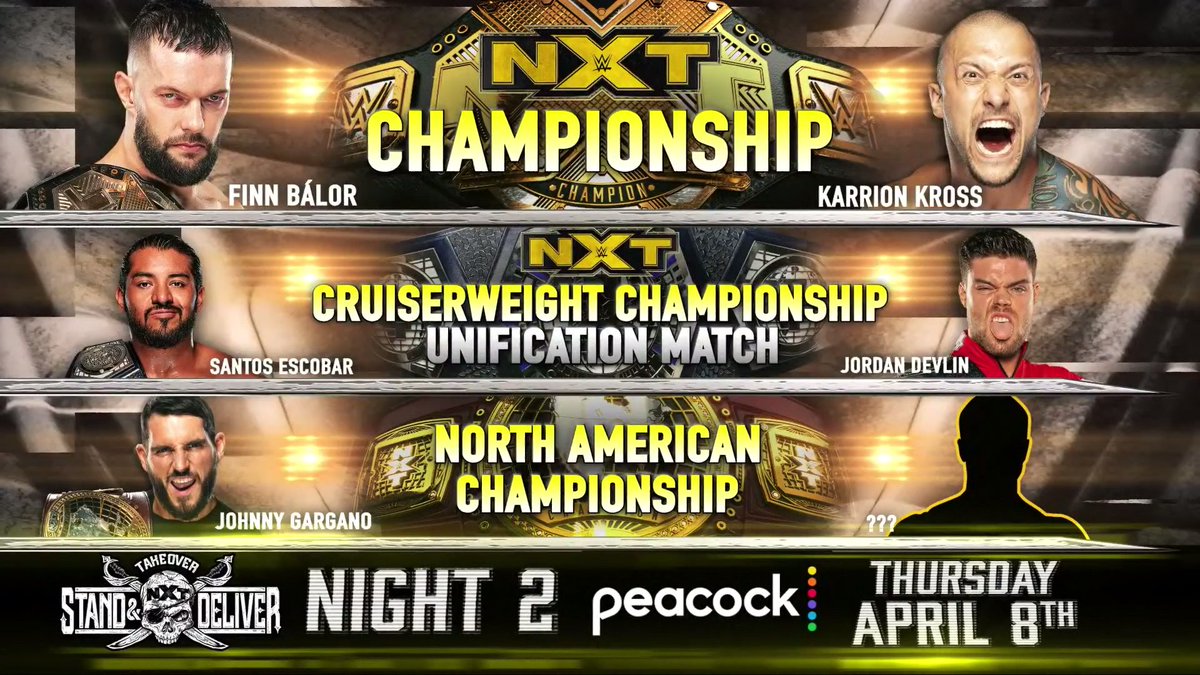 That’s the official card for now. Another match that seems likely is NXT Women’s Tag Team Champions Ember Moon & Shotzi Blackheart defending their titles against Candice LeRae & Indi Hartwell. That will probably be on night two since the men’s tag team match is on night one.