There were two WrestleMania matches that were made official last night on Smackdown Live and 205 Live. Both of them are title matches.

First up on Smackdown, Rey Mysterio did a promo in the locker room where he said that he will challenge Samoa Joe for the WWE United States Title at WrestleMania. Rey had his son Dominic with him. You may remember Dominic from the famous Rey Mysterio “custody” angle with Eddie Guerrero in 2005 where Rey won custody of Dominic in a match at SummerSlam 2005 (read my review here.) Dominic is all grown up now, he’s a trained professional wrestler that has worked with the likes of Lance Storm and perhaps we’ll see him in a WWE ring one day. At WrestleMania, he’ll be in Rey’s corner. Here’s that interview. 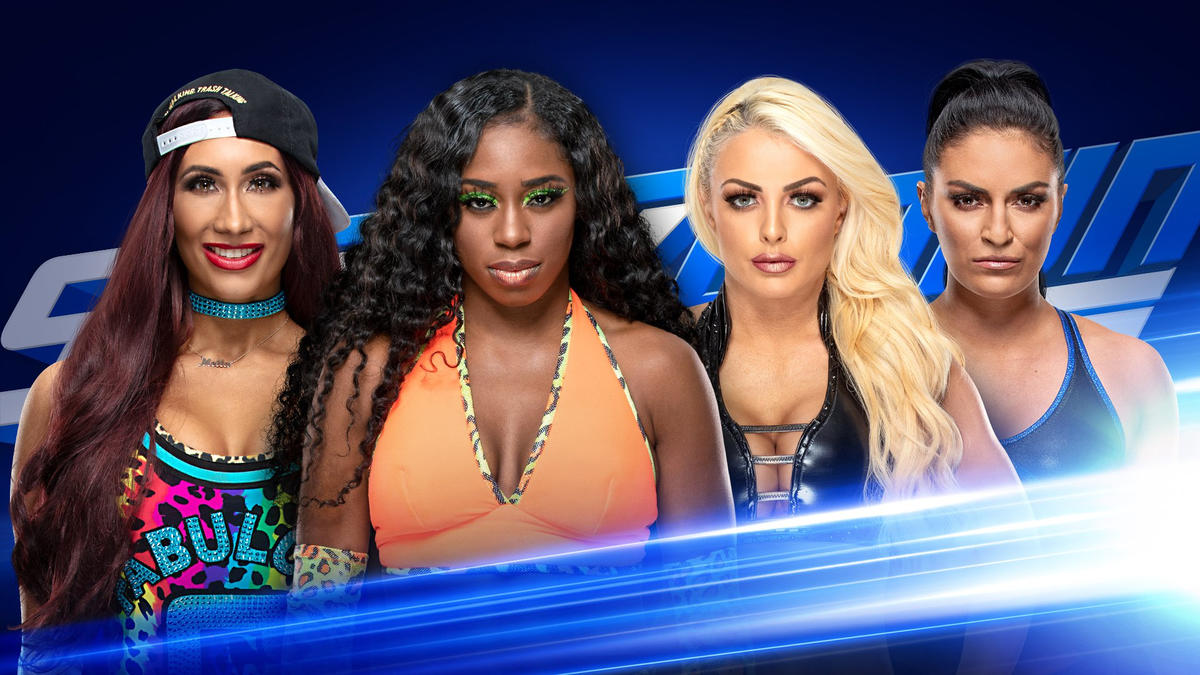 If I had to make a prediction, I think we might see a double pin scenario with Mandy and Sonya each getting a pin at the same time (or a pin/submission spot) to set up a 3-Way with Asuka at WrestleMania. That just seems to be where it is going in the storyline. If it’s not that then I would go with Mandy to win.

With the Smackdown Women’s Title match added to the show, that makes it a total of ten matches that are official right now with more to come. I’ll have a column up on Friday covering up all of the WrestleMania news and rumors just like I have done for the last three weeks.

Shane McMahon vs. The Miz

Smackdown Women’s Championship: Asuka (c) vs. the winner of Mandy Rose vs. Sonya Deville vs. Carmella vs. Naomi

Andre the Giant Men’s Battle Royal – Braun Strowman is in it.

Alexa Bliss is the host of WrestleMania. Michael Che and Colin Jost from Saturday Night Live are “special guest correspondents” at WrestleMania.

Daniel Bryan defending the WWE Title against Kofi Kingston is likely to be added.

Drew McIntyre challenged Roman Reigns to a match. It’s not official yet, but it will be soon.

I assume the WrestleMania Women’s Battle Royal will be on the show. It hasn’t been mentioned yet.

The Women’s Tag Team Title match is expected to be Sasha Banks and Bayley vs. Tamina and Nia Jax vs. Natalya and Beth Phoenix vs. Peyton Royce and Billie Kay aka The IIconics.

The rumor is there will 17 be matches at WrestleMania, so we’ll see if it reaches that number or if it’s 13 or 14 matches like the last two years.