There were several big matches announced by WWE on Friday for next week’s main television shows and also the WrestleMania Backlash pay-per-view.

Prior to last night’s Smackdown, WWE announced a Smackdown Women’s Title match for the WrestleMania Backlash pay-per-view on Sunday, May 16. The match will see Bianca Belair defend the Smackdown Women’s Champion against Bayley, who held that title for a memorable 380-day reign that ended in October 2020.

That means there are two official matches for WrestleMania Backlash on May 16.

That’s all for now with more matches to be announced soon.

If you watch Raw regularly then you know that WWE loves rematches. That’s what we’re getting on Monday night when Braun Strowman and Drew McIntyre team up to face Mace & T-Bar, who were both unmasked last week. Last week’s match ended in a disqualification, so it’s no surprise that WWE is choosing to do it again.

The video above also promoted that WWE Champion Bobby Lashley will return to Raw after he was given last week off.

Smackdown Will Have Two Championship Matches Next Week

There will be two championship matches on Smackdown next week, which were both announced on last night’s Smackdown (read my review here).

Apollo Crews will defend the Intercontinental Championship against the former champion Big E, who attacked Crews in the backstage area last night. Big E was mad that Apollo beat him for the Intercontinental Championship thanks to an assist from a “new” big man named Commander Azeez. Now Big E gets his rematch in one of two title matches on the show. 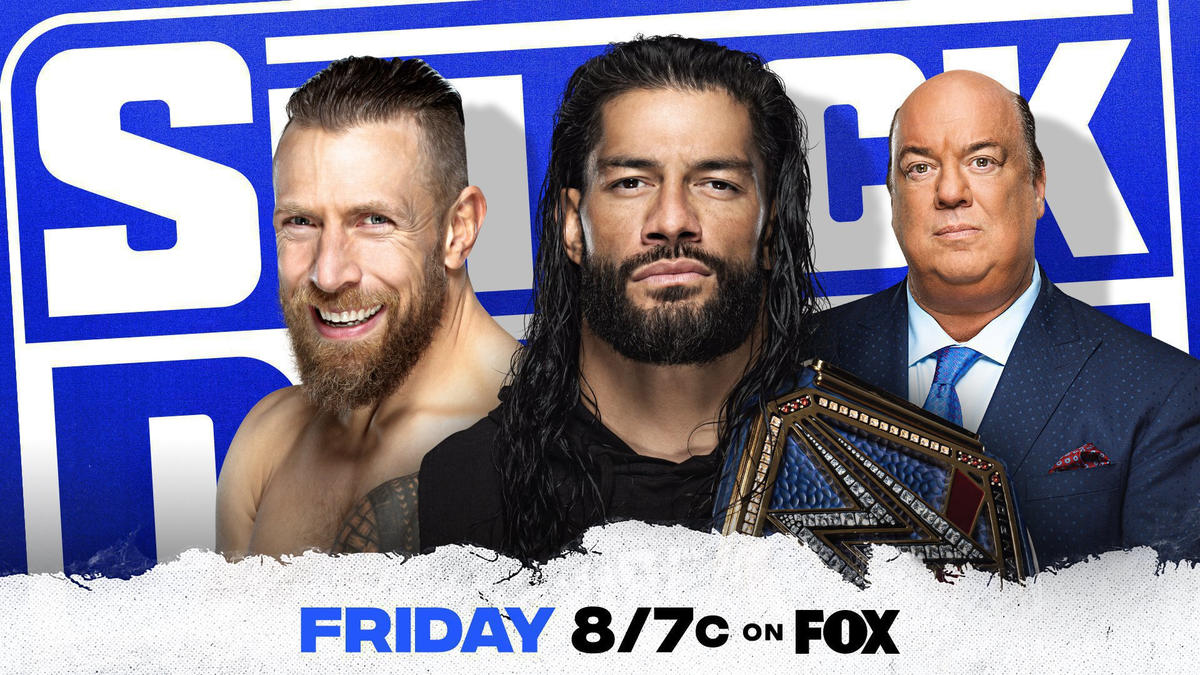 In addition to the IC TItle match, the Universal Title will be on the line as well. Here’s an explanation from WWE.com on how it was set up:

The Head of the Table makes the rules, and Daniel Bryan is ready to play the game.

Roman Reigns shrugged off Cesaro on SmackDown and laid out a Universal Title opportunity for The Leader of the “Yes!” Movement. The challenge came with one catch: If Bryan loses, he’ll be banished from SmackDown.

Bryan nearly pulled off another shocking WrestleMania moment in his storied career, but Reigns’ stack ‘em up spoiler proved true as the curtain closed on The Showcase of the Immortals.

Will Bryan defy the odds this time, as he battles Reigns for the Universal Title and his career?

Don’t miss the high-stakes showdown next Friday at 8/7 C on FOX!

Here’s my summary from my Smackdown review:

I will also include my analysis from the Smackdown review: “That’s a huge match for next week. They can still do Reigns vs. Cesaro at the Backlash PPV while also giving us a big match next week with Bryan challenging Reigns for the Universal Title. The last time Reigns had a title match on Smackdown was Christmas against Kevin Owens, so it’s rare to see a title defense on Smackdown. Anyway, I’m not sure what is happening with Bryan in the future. I covered the interview he did earlier in the week about feeling detached at WrestleMania and how he might not want to wrestle full-time anymore. Bryan’s WWE contract is also up in a few months. My feeling is he’ll stay with WWE, but likely only as a part-timer and maybe this is a way to change things up for him by putting him on Raw in the future. I don’t know if that’s the plan. I have no idea right now. I just know that the last two PPV matches that Reigns had with Bryan were matches that I rated over four stars out of five, so we’re going to get an awesome match next week.”

It’s a big match with a lot on the line. I don’t know what it means for Daniel Bryan’s future. Maybe he goes to Raw or maybe is a step closer to retirement. It’s up to him.