Here’s what WWE has advertised for the next edition of Smackdown Live on Tuesday, May 7th in Louisville, KY including two matches and two segments.

* The first match will see the babyface women’s team of Bayley, Ember Moon and Carmella in a six-woman tag team match against Charlotte Flair, Mandy Rose and Sonya Deville. 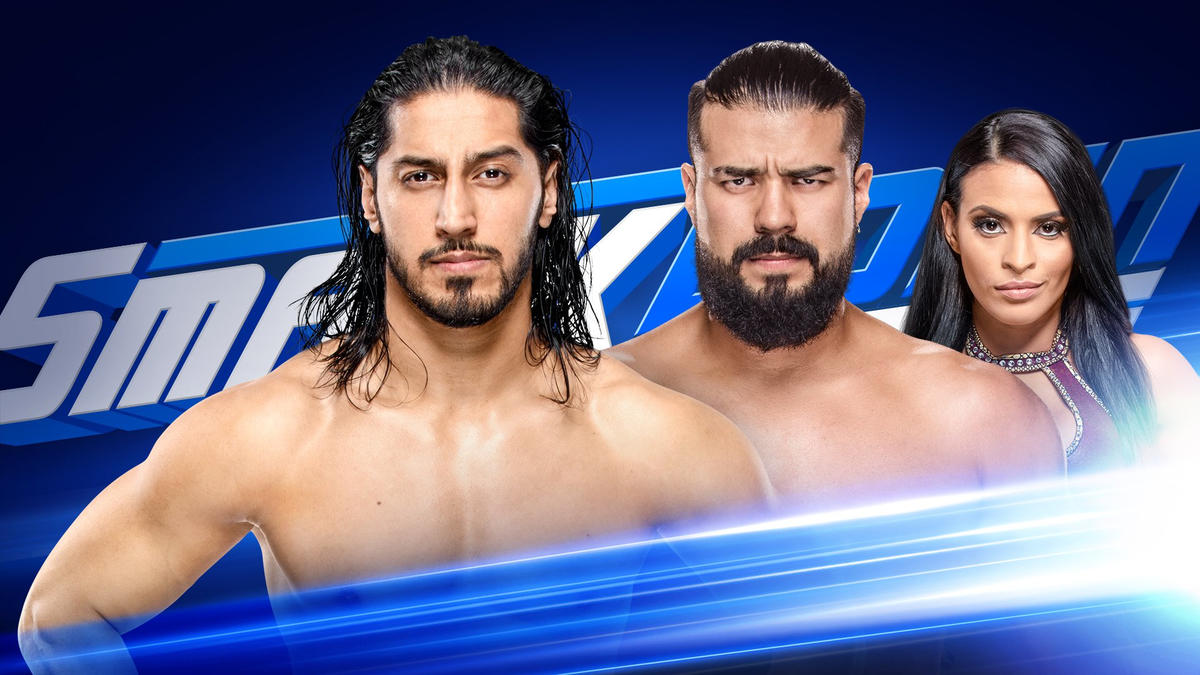 * The other match advertised for Smackdown will see Ali face Andrade in singles action. Both men are in the Men’s Money in the Bank contract ladder match on May 19th. Expect the announcers to repeat the phrase “building momentum” when talking about both of these matches.

* In addition to that, WWE claims that Shane McMahon will crown new Smackdown Tag Team Champions without going into specifics. Here’s what it says on WWE.com about it:

SmackDown LIVE was thrown for a loop last week when, due to Jeff Hardy sustaining a knee injury at the hands of Lars Sullivan, The Hardy Boyz had to relinquish the SmackDown Tag Team Titles.

With the state of both the blue brand’s tag team division and the titles in question, Shane McMahon will arrive on SmackDown LIVE this Tuesday to crown new SmackDown Tag Team Champions.

What will Shane-O-Mac decree? Find out this Tuesday night.

It could be anything from a mini-tournament to a Gauntlet Match or a battle royal. They have plenty of options. The issue is that Smackdown doesn’t have a deep tag team division, but I think Rusev and Nakamura are probably the favorites to win.

This is the SD tag team division unless they add more teams.

That’s it and Big E is out for about another month. Weak division.

* Lastly, there is another non-wrestling segment advertised for Smackdown involving Kevin Owens.

Kevin Owens got a taste of his own medicine last week when WWE Champion Kofi Kingston launched a massive retaliatory attack on KO to close out SmackDown LIVE.

The fired-up Kingston, who was still fuming after Owens’ ambushes on both him and Xavier Woods in recent weeks, had Owens reeling to such a degree that KO ultimately bailed. However, Owens will now respond to The Dreadlocked Dynamo’s attack this Tuesday night.

Here’s a clip of that Kofi Kingston attack on Kevin Owens from last week’s Smackdown. I’m not going to call him the “Dreadlocked Dynamo” like WWE does, but at least they tried to come up with a nickname.

That’s part of what we can expect on Smackdown this week. I’ll have a review up after the show on Tuesday.