It’s fair that the Lumberjack Match at Sunday’s WrestleMania Backlash was the worst of the night. The zombies that were lumberjacks didn’t help the match at all and it left a lot of WWE fans angry that WWE thought this was a good idea for a match. There was also some bad news because The Miz may have suffered a serious knee injury.

During The Miz’s match with Damian Priest at WrestleMania Backlash, there was a spot where Priest did a kick off the top rope and landed on The Miz’s knee. The Miz was grabbing his leg and was still able to finish the match. The Miz was absent from Raw last night.

Here’s what Dave Meltzer said about The Miz on Wrestling Observer Radio with thanks to WrestlingNews.co for the transcript.

“He tore his ACL, but we don’t know the severity of the tear. The last I heard is they hoped it might be a partial tear so that might not be that serious. If it’s a full tear, that’s surgery and probably, you know 7, 8. 9 months. At 40, that’s not the best thing in the world. He’ll come back from it, I’m sure he will, but that’s a lot of time off. Hopefully for the best that it’s partial and he can make a quicker recovery. That injury is legit.”

When it comes to an ACL injury, there needs to be an MRI to determine the severity of the injury.

The Miz had a joking zombie tweet on Monday morning.

This was the last image of The Miz at WrestleMania Backlash with the zombies attacking him. 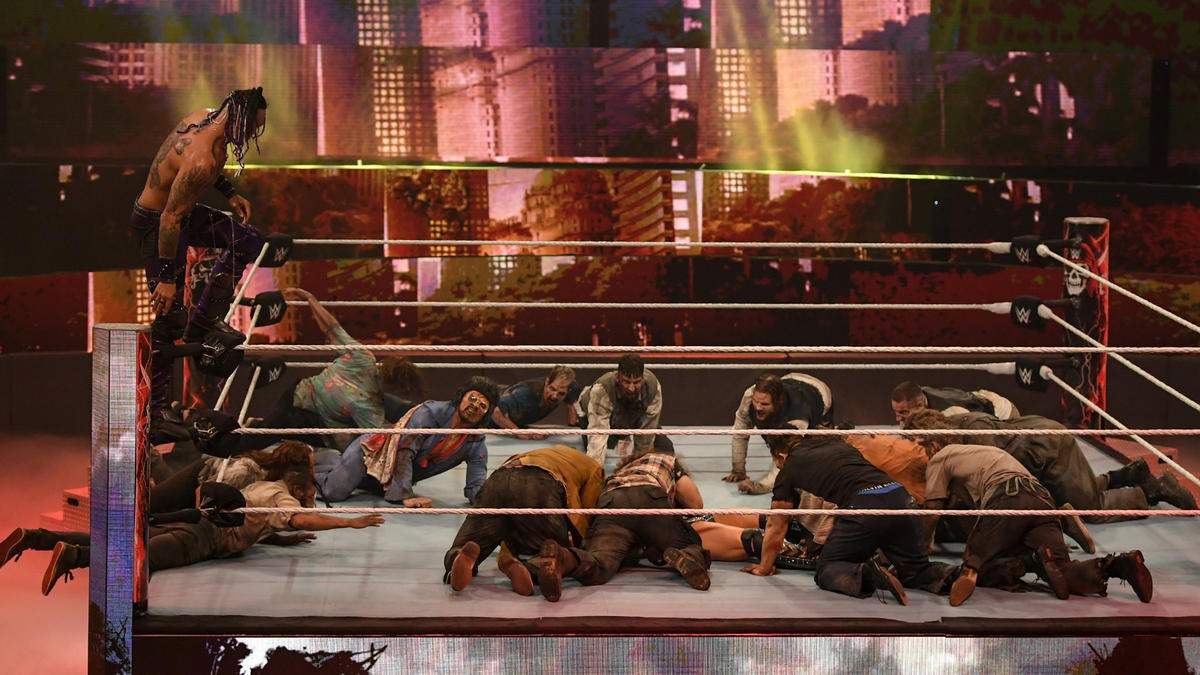 TJR Thoughts: Best wishes to The Miz. If it is a torn ACL that leads to an extended absence then he likely won’t be back in the ring until early next year. It would also be his first major surgery at the age of 40, which means he has been very durable in a tough business.