It was announced on Monday morning that WWE’s Chief Brand Officer Stephanie McMahon is going to appear on Raw tonight in Washington, DC to make an announcement about the WrestleMania main event. The match that WWE is referring to is Ronda Rousey vs. Becky Lynch vs. Charlotte Flair for the Raw Women’s Championship. Here’s what WWE.com had to say about it:

The historic match has undergone incredible shifts in recent weeks, with Mr. McMahon inserting The Queen as his hand-picked challenger to The Rowdy One’s throne, The Man having to fight tooth-and-nail to cling to the opportunity she earned in the 2019 Women’s Royal Rumble Match and, this past Tuesday night, Flair capturing the SmackDown Women’s Title.

What news will Stephanie deliver, and how might it further alter the landscape of one of the most anticipated main events in WrestleMania history? Find out when Raw airs live tonight at 8/7 C on USA Network.

What will Stephanie say? I assume she’ll announce that if Rousey or Flair gets pinned or submitted at WrestleMania then they lose their title to beats them. It could also be a “Winner Take All” announcement where Stephanie says that whoever wins the WrestleMania main event will get both the Raw Women’s Title and the Smackdown Women’s Title. I covered the different scenarios in my WrestleMania News and Rumors column on Saturday.

If I had to guess, I think think they will announce the “champion loses their title if they are pinned or submitted” stipulation.

Here’s what else is advertised for Raw tonight:

* The Revival duo of Scott Dawson and Dash Wilder defending their titles against Aleister Black and Ricochet.

* Charlotte Flair, Ronda Rousey and Becky Lynch will team up against The Riott Squad trio (Ruby Riott, Liv Morgan and Sarah Logan). If anybody on the Rousey, Flair and Lynch team betrays somebody on their team then they are out of the WrestleMania main event.

* Sasha Banks, Bayley, Natalya and Beth Phoenix face off against Nia Jax, Tamina, Peyton Royce and Billie Kay. It will be Beth’s first match on Raw since 2012.

* Kurt Angle’s last match on Raw is tonight and it’s against Rey Mysterio.

* Universal Champion Brock Lesnar will be there to build to his WrestleMania title defense against Seth Rollins.

* Batista will be there to hype up his WrestleMania match with Triple H.

There should be a lot of WrestleMania hype given it’s the go-home edition of Raw before Sunday’s biggest WWE show of the year. 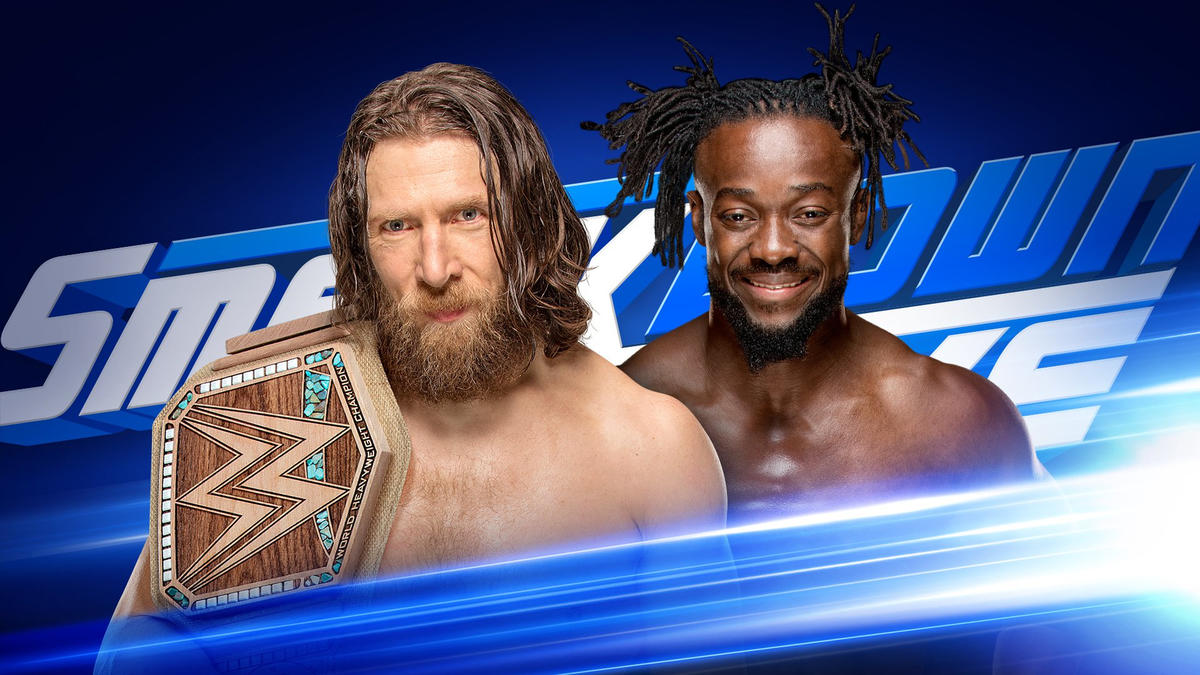 As for Smackdown on Tuesday, they have promoted a WWE Title contract signing between Daniel Bryan and Kofi Kingston for their WWE Title match at WrestleMania.

They also advertised Kevin Owens hosting the “Kevin Owens Show” with AJ Styles and Randy Orton as the guests. It will give Styles and Orton a chance to promote their WrestleMania match. Happy birthday to Randy Orton, who turns 39 today.

The first match announced for Smackdown is Rey Mysterio facing Andrade. Mysterio is scheduled to face Samoa Joe for the US Title at WrestleMania while Andrade is currently advertised for the Men’s Battle Royal. That should be an awesome match.

That’s all for now. Keep an eye on WWE social media for further updates. I’ll be back tonight for a live WWE Raw Deal review of the show.