Smackdown will be taped on Tuesday night. I have interacted with a few fans that are going to be part of the ThunderDome crowd that night. There may be spoilers out before the show although I don’t plan on posting any if I get them.

Anyway, Roman Reigns will defend the Universal Title against TLC opponent Kevin Owens one more time, this time in a Steel Cage Match. Here’s how WWE.com explained it:

At WWE TLC, Universal Champion Roman Reigns employed the help of his cousin Jey Uso to add to his overall advantage against the ultra-resilient Kevin Owens and ultimately secured the victory in an absolutely brutal Tables, Ladders & Chair Match.

But there will be no one and nothing to help either Superstar when they are locked inside the unforgiving steel on the blue brand. KO challenges The Big Dog a Universal Championship Rematch inside a Steel Cage, this Friday at 8/7 C on SmackDown.

It makes logical sense. Reigns beat Owens in part due to Jey Uso’s constant interference, so putting up a Steel Cage is a way to prevent interference…in theory. As we have seen many times in wrestling history, just because you put up a cage, does not mean you keep people out of the match.

As for the Intercontinental Title match… 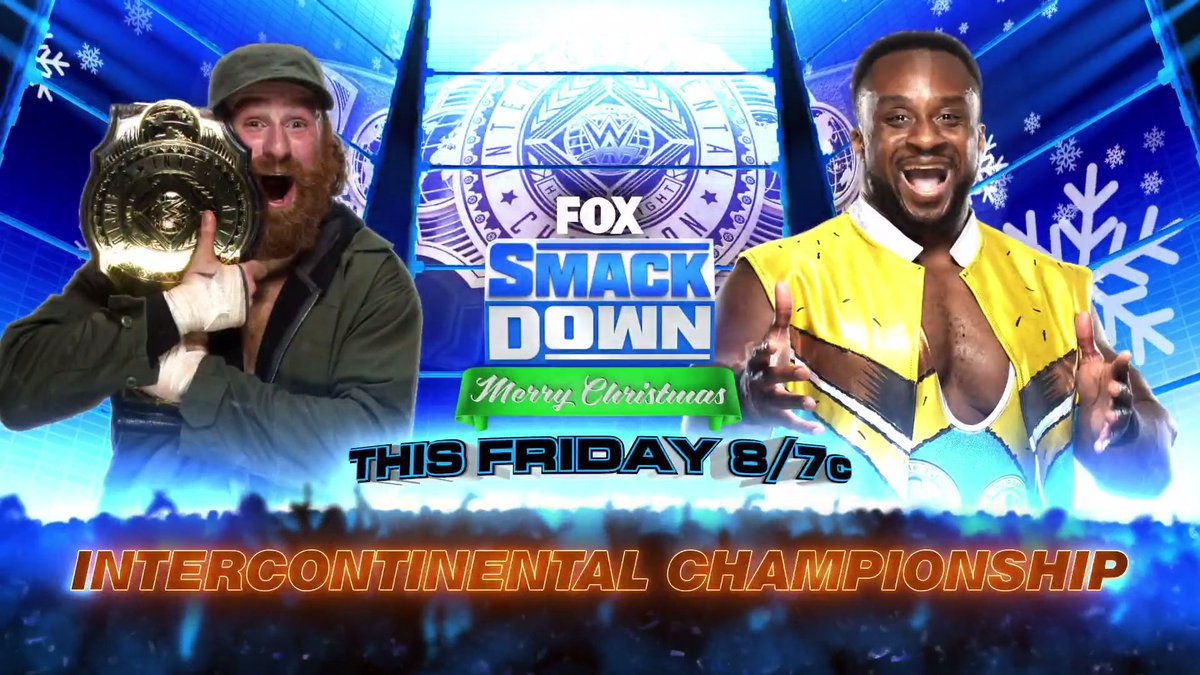 This has been an ongoing feud for the last month or so with Zayn beating Big E by countout in a previous match. Big E beat Zayn in an 8-man tag team match on the TLC Kickoff show, so that’s how this was set up.

TJR Thoughts: They should both be great matches. I expect Reigns to retain while Big E winning the IC Title seems like a lock as feel-good moment for the big man.

It’s an interesting strategy by WWE to put two major title matches on Christmas Day. There’s an NFL game that night, plus NBA games and other things going on, so if WWE put on a show with tag matches where the babyfaces win, I think the fans would understand. However, WWE must feel like they need to put on the best show possible and that’s why they are running with two title matches on Christmas. It’s pretty good for us fans. I’ll write a review as usual later in the week.