On last night’s edition of Smackdown, there was originally going to be a five-man Gauntlet Match with the winner of that match getting a Universal Title against Reigns. In the opening segment of Smackdown, Reigns didn’t like that Pearce set up a Gauntlet Match and suggested that Pearce be a part of it as well. Pearce, who retired as a wrestler about six years ago, ended up being put in the Gauntlet after Paul Heyman informed him that Reigns pulled some strings to get Pearce in the match. Pearce is 42 years, he’s a former 5-time NWA World Heavyweight Champion and was a booker in Ring of Honor. Pearce stopped wrestling six years ago and started working for WWE in a behind the scenes role.

The Gauntlet Match saw Rey Mysterio beat Sami Zayn in the first match in under one minute and then Shinsuke Nakamura beat Mysterio. Nakamura’s winning ways continued as he defeated King Corbin and then Nakamura beat Daniel Bryan as well in what was the best match of the Gauntlet. That would have been it, but then Pearce was last. The final match wasn’t a regular wrestling match because Reigns and cousin Jey Uso beat up Shinsuke Nakamura before the bell rang to start his match. Pearce wanted no part of it. Jey hit him with a superkick and put Pearce on top of Nakamura, so the winner of the Gauntlet Match was Adam Pearce.

TJR Thoughts: I don’t think anybody predicted this would happen. It’s a story to put over the dominance and the controlling nature of Roman Reigns making life difficult for anybody that gets in his way. Fans know Reigns wasn’t losing the Universal Title at Royal Rumble anyway, so that’s why WWE likely wanted to go a different route for Roman’s title match at the Royal Rumble. I wouldn’t say I love it as an idea, but I understand it to get heat on Reigns as a heel champion. I also think the Gauntlet Match was booked in a way that will make Nakamura a singles babyface wrestler again, so that’s a good thing as well.

The WWE Championship match is likely going to be Drew McIntyre defending the title against Bill Goldberg, who challenged McIntyre last Monday on Raw. It’s not official yet, but it I assume they make it official on Monday’s Raw.

The Men’s Royal Rumble match has five out of the 30 participants announced: 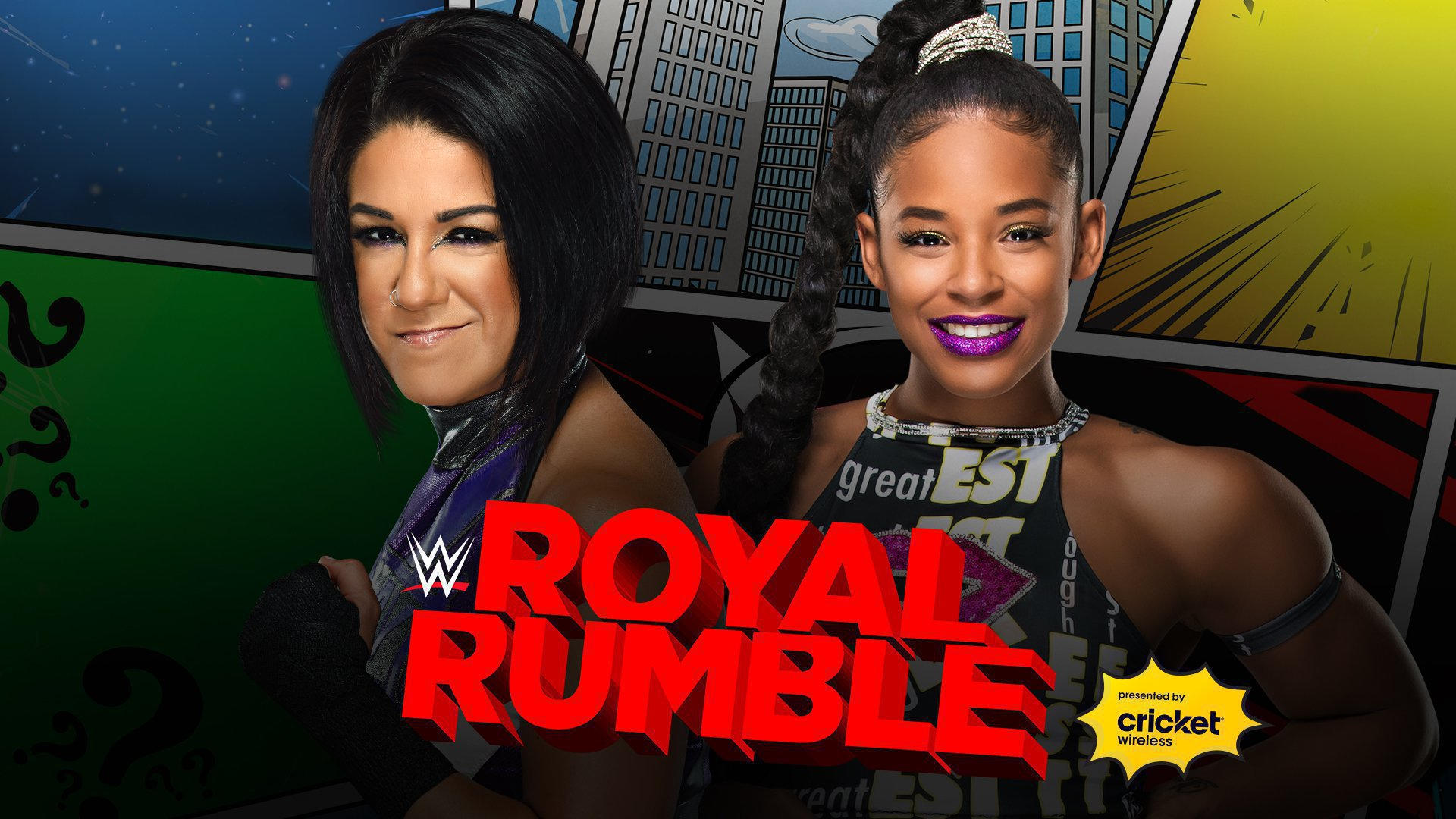 The Women’s Royal Rumble match has four out of the 30 participants announced:

There should be more names announced for the men’s and women’s Royal Rumble matches over the next month. We’ll continue to update the card throughout the month as well.