It is one of those weeks where WWE has decided to actually announce some matches going into Monday Night Raw tomorrow night. As a reminder, the WWE WrestleMania Backlash pay-per-view takes place one week from tonight on Sunday, May 16. 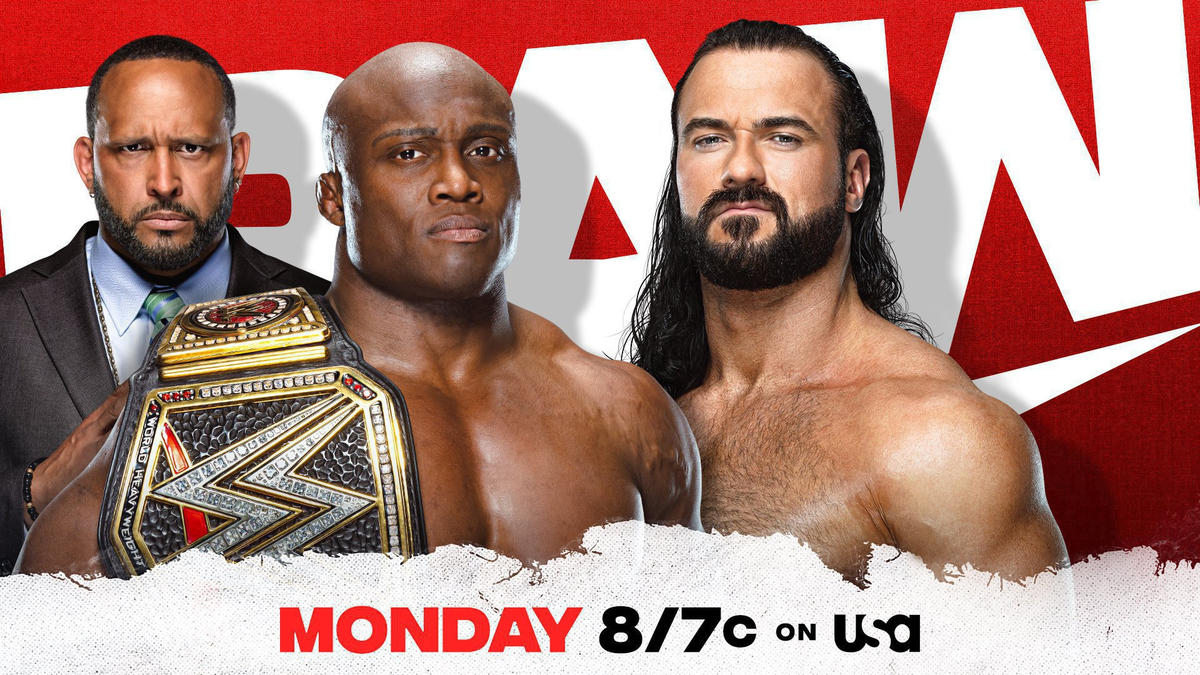 One of the matches will see WWE Champion Bobby Lashley face Drew McIntyre in a non-title match. This was already known from last week. Here’s what WWE.com wrote about it:

Drew McIntyre will get his chance to face off with Bobby Lashley one on one after all.

The Scottish Warrior will battle The All Mighty next Monday night on Raw less than a week before Lashley defends the WWE Title against McIntyre and Braun Strowman in a Triple Threat Match at WrestleMania Backlash.

The hostility between the three behemoths is beyond the boiling point after a chaotic sequence of events this past week on Raw. McIntyre’s distraction cost Strowman a victory against Lashley, and McIntyre laid out both with Claymores immediately afterward.

Who will claim a pivotal victory just six days before the championship is on the line at WrestleMania Backlash? Find out Monday night on Raw at 8/7 C on USA Network!

TJR Thoughts: Two weeks ago it was Braun Strowman beating Drew McIntyre, last week was Bobby Lashley beating Braun Strowman and now Lashley faces McIntyre. My prediction is that there’s a DQ finish perhaps with Braun Strowman causing the disqualification. If Lashley or McIntyre gets pinned then it won’t be clean, but of the two I would say McIntyre is more likely to be pinned. I just think this is one of those scenarios where it’s a disqualification ending.

There are also two tag team matches being advertised for Raw. 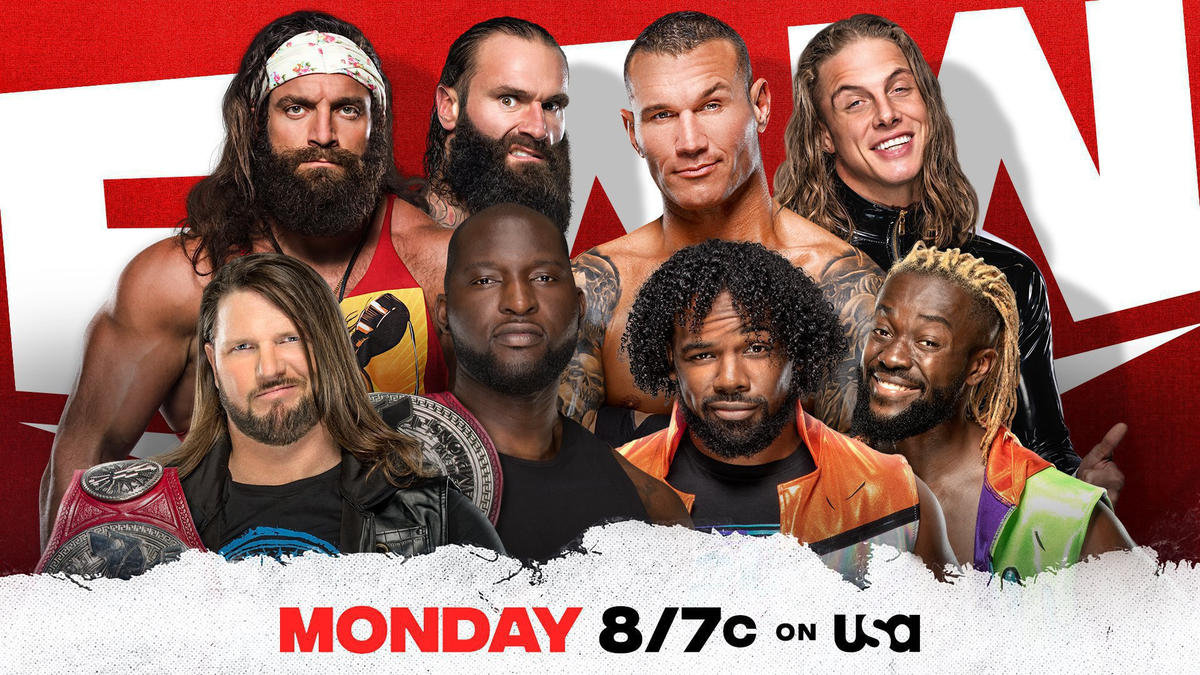 Payback will be up for grabs when four of Raw’s most impressive tandems share the ring this Monday night.

The New Day & R-K-Bro will band together to face the Raw Tag Team Champions AJ Styles & Omos, as well as Jaxson Ryker & Elias. The New Day fell short in their bid to reclaim tag team gold last week against The Phenomenal One & his own personal colossus. The team of Randy Orton & Riddle secured their second straight win in as many tries with an emphatic defeat of Ryker & Elias.

TJR Thoughts: This is a tough call because Omos is undefeated while I can see WWE wanting to keep the positive momentum for RK-Bro as well. Since I think they care more about keeping Omos strong, I’ll go with Omos beating Woods or Kingston to win the match. Since Elias and Ryker are in the match, it’s certainly possible that one of them is beating by Orton or Riddle too. There are a few options here.

There is also the women’s tag team match that is pictured at the top of this post.

The Empress and The Queen will be less than a week away from their Raw Women’s Championship Triple Threat Match that also includes titleholder Rhea Ripley at WrestleMania Backlash. Also, Rose & Brooke have been on a crusade of pranks to embarrass the WWE Women’s Tag Team Champions but will now have to share the ring with the imposing duo.

Don’t miss the hard-hitting clash this Monday at 8/7 C on USA Network!

TJR Thoughts: This could go a lot of ways. They might want to have Jax or Baszler get the win to look strong going into the Women’s Tag Team Title match against Natalya & Tamina on Smackdown this Friday. That’s why I could see Rose or Brooke taking the pin. Whenever Charlotte Flair is in a match, it’s easy to pick her to win too. I just think the heel side winning makes a lot of sense unless WWE’s decision-makers feel like Asuka needs a win. That’s a possibility, so it could be Asuka beating Baszler. I’ll probably go with Charlotte beating Mandy as an official pick, but any time you have a multi-person tag match (like the men’s match) there are a lot of viable options.

As a reminder, WrestleMania Backlash takes place this Sunday, May 16 on Peacock/WWE Network. Here’s the lineup as of now.

That’s all for now. I’ll be back on Monday night with a live review of Raw as usual during this time of year. Then, later in the week will be the WrestleMania Backlash