John Cena, the 16-time WWE Champion, is set to receive a huge honor when he is awarded the Muhammad Ali Legacy Award from Sports Illustrated at a ceremony in Los Angeles on December 11th. It will be televised on NBCSN on December 13th The award is “bestowed each year to an athlete or sports figure who embodies the ideals of sportsmanship, leadership and philanthropy and has used sports as a platform to make the world a better place.” (WWE.com)

Cena commented on the award in an article by the Associated Press:

“To have a legacy award of any kind bestowed upon you is tremendous. To be in the company of people who have received this and to receive an honor named after Muhammad Ali is an honor that means so much to me.”

Cena also spoke about his work with the Make-A-Wish foundation, which has seen him grant over 600 wishes to kids in need of a pick me up in their lives.

“It really is a wonderful match. I never try to downplay that experience because a family has been given one wish and that is to meet you or hang out for an afternoon.”

Cena credited WWE for their charity work as well while adding that he feels like they are receiving the award as well: “I kind of see this as both WWE and I accepting this. Every accolade like this WWE has been receiving more attention and respect for what we do. WWE is my family.”

Stephen Cannella, an executive editor at Sports Illustrated, said that Cena “might just be the most charitable person in sports, and his dedication to philanthropy richly reflects the spirit of the Ali Legacy Award.”

TJR Thoughts: Congrats to Cena on the tremendous honor. He’s a good man. The names of the previous winners are pretty huge in the sports world as men that are legitimately in the top ten in their fields. At least most of them are. Kaepernick is not a legendary sports figure like the others, but he’s been in the spotlight for the last few years.

As for Cena’s WWE career, he returns to the ring later this month and his expected TV return is the first WWE Raw of the year on January 7. Cena will also be promoting the Bumblee movie that opens in late December. 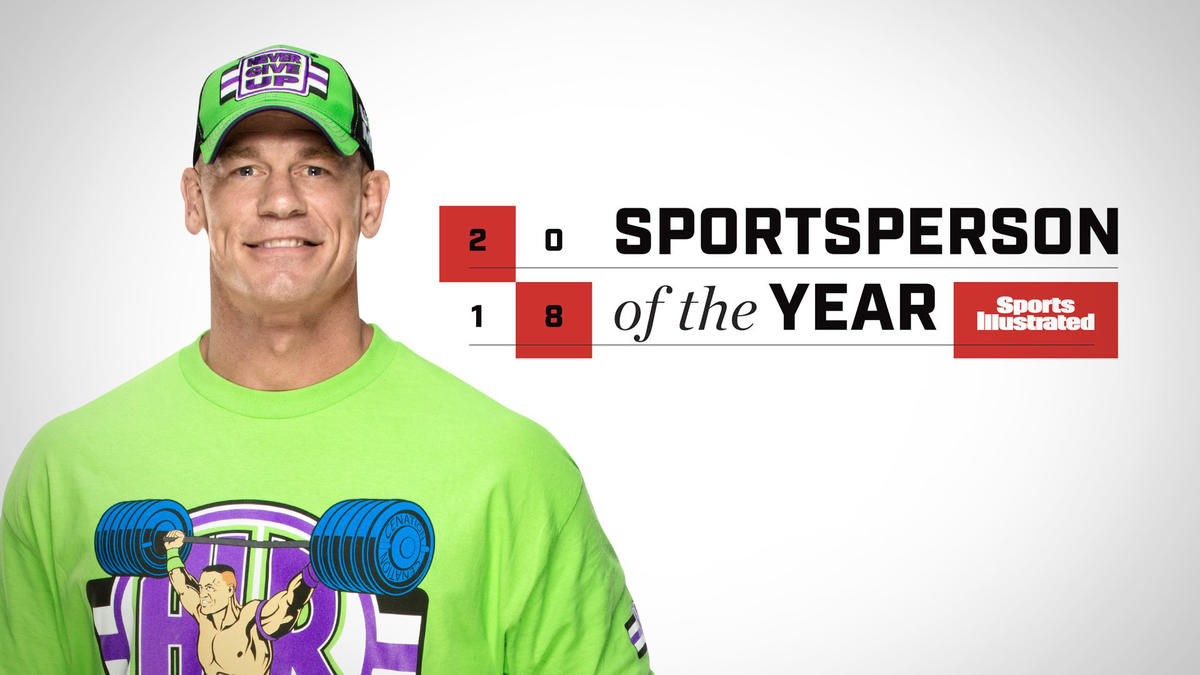