There are a bunch of small news items that I’ll put together in this one post. I’ll try to do this more often in the future.

– Hulk Hogan is not at WWE TV for Raw or Smackdown this week according to PWInsider. Hogan was only brought in to do the speech to the roster at Extreme Rules while WWE also publicly announced his return to the company, which we covered here.

Hogan left Extreme Rules while the show was going on and flew back home to Tampa. Jimmy Hart was with him because he is Hogan’s legitimate business manager.

It’s not known when Hogan might be back on WWE TV or what he might do because at 64 years old (65 next month) it’s unlikely that he’ll wrestle again. He could return for some segment featuring older wrestlers, but other than that, it is anyone’s guess. 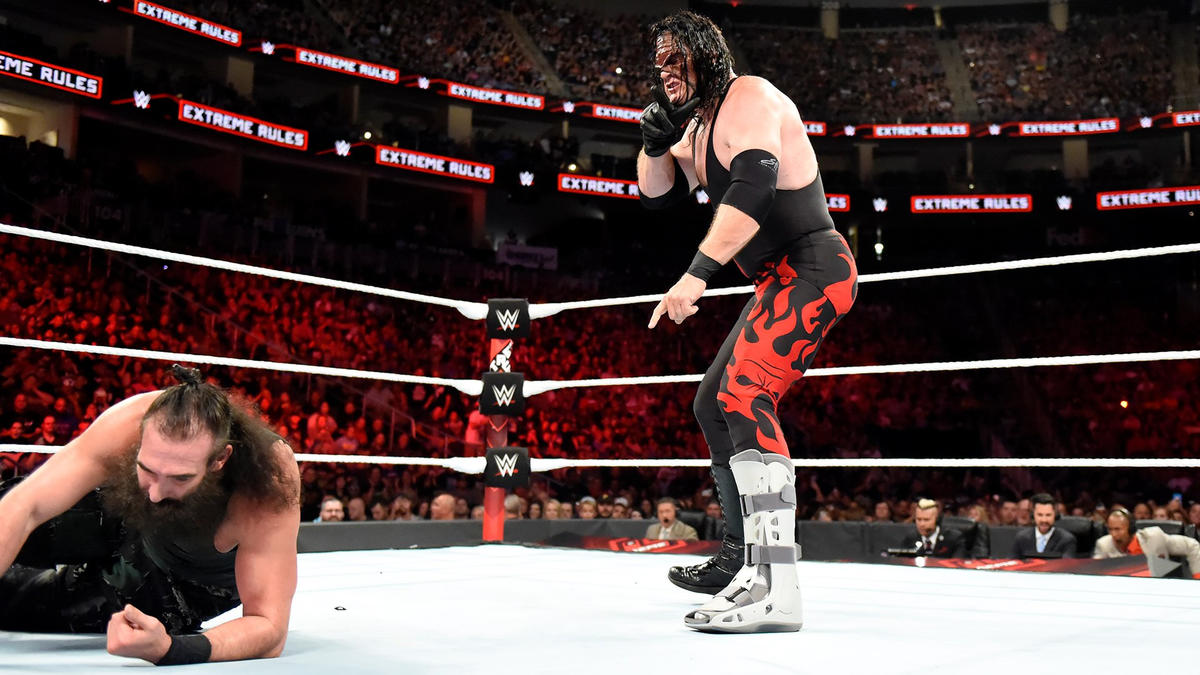 – Kane is dealing with a left foot injury that was serious enough that WWE did an injury angle with him at Extreme Rules where the Bludgeon Brothers attacked him and Kane appeared with a boot on left his foot. Kane was wearing the boot earlier on Sunday because of the injury. It’s not known how long Kane will be out.

Here’s how WWE.com is dealing with it in the storyline:

At WWE Extreme Rules, Kane suffered an injury at the hands of The Bludgeon Brothers. Despite returning to action to help his Team Hell No tag team partner Daniel Bryan, X-rays taken on The Devil’s Favorite Demon later revealed that he has suffered a broken ankle. Check back with WWE.com for more details as they become available.

It’s not known when Kane might return. Kane, using real name Glenn Jacobs, has a mayoral election on August 2 in Knox County. He’s expected to win as the Republican nominee in the area, so we don’t know how often he might wrestle after that.

– Vince McMahon was not at Extreme Rules last night according to PWInsider. Vince was in communication during the show, which was run by Triple H, Billy Kidman and others backstage in the gorilla position.

Nearly everybody on the main roster was brought to the show even though many of them were not used on the show. The reason they were there is due to Hogan being brought back to address the roster.

Randy Orton was on a bus that was hidden from the roster. His wife was brought to ringside shortly before he made his appearance after Shinsuke Nakamura won the US Title from Jeff Hardy and Orton hit Jeff with a low blow stomp.

Mark Henry was backstage and was at the Hogan meeting.

Roman Reigns vs. Bobby Lashley was originally going to be the main of the show, but it was moved to earlier in the night and Dolph Ziggler vs. Seth Rollins went on last.

That’s all for now. I’ll be back later tonight for a live WWE Raw Deal review.