The WWE Elimination Chamber lineup now has six matches announced for the PPV on WWE Network on February 21.

TJR Thoughts: Reigns vs. Edge for the Universal Championship is expected to take place at WrestleManiaMy initial thoughts are that one of the three faces will win: Owens, Bryan or Cesaro. Since Owens has already faced Reigns multiple times, I think maybe we’ll see something different here. I’d say Cesaro, but I think he’s feuding with Seth Rollins, who may find a way to cost Cesaro this match. That leaves me to pick Daniel Bryan to win this. Then they can do Reigns vs. Bryan with Reigns beating him because Bryan will be too beat up from Elimination Chamber. That could lead to Reigns vs. Bryan at Fastlane next month. As we have reported in the past, on April 10 or April 11.

Here’s what the Elimination Chamber lineup looks like now.

Don’t miss all the action of WWE Elimination Chamber, streaming live on the award-winning WWE Network on Sunday, Feb. 21, at 7 ET/4 PT! 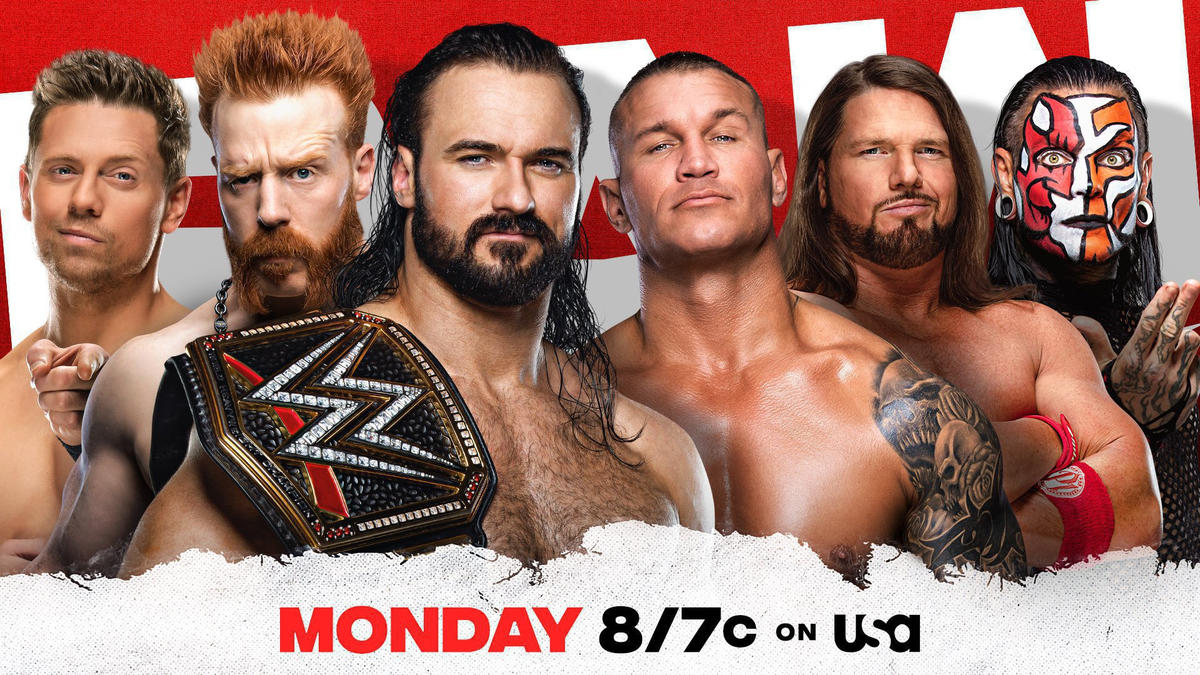 Prior to what is certain to be a thrilling Elimination Chamber Match for the WWE Championship, a star-studded Gauntlet Match will take place this Monday on Raw!

WWE Champion Drew McIntyre and former WWE Champions AJ Styles, The Miz, Randy Orton, Jeff Hardy and Sheamus will all compete in a Gauntlet Match to determine who gets the lucky distinction of entering the WWE Championship Elimination Chamber Match last on February 21.

Which Superstar will run the gauntlet to earn that coveted final entrance? Find out this Monday on Raw, live at 8/7 C on USA Network!

TJR Thoughts: My gut feeling is that one of the heels will win that sixth spot, so I’ll go with Sheamus although AJ Styles isn’t a bad choice either.