Brutus “The Barber” Beefcake was announced as a WWE Hall of Fame inductee for 2019. The ceremony will take place this Saturday, April 6th from the Barclays Center in Brooklyn. It will air live on WWE Network on Saturday at 7pmET. Brutus’s real name is Ed Leslie and he is 61 years old now.

Here’s part of the bio on Beefcake on WWE.com:

Beefcake first arrived in WWE in late 1984. He was a Superstar who was just as concerned with his looks as he was picking up wins in the ring. Vanity aside, Beefcake was no slouch as a competitor, racking up victories and even appearing in the very first WrestleMania. He found his first major success as a tag team wrestler. He and fellow WWE Hall of Famer Greg “The Hammer” Valentine, known as The Dream Team, dethroned The British Bulldogs in August 1985 to capture the World Tag Team Titles.

At WrestleMania III in 1987, however, The Dream Team split up, with Valentine and manager Johnny Valiant ditching Beefcake. Just a few minutes later, Brutus re-emerged to help “Rowdy” Roddy Piper even the odds in a Hair vs. Hair Match against Adrian Adonis, who had “The Mouth of The South” Jimmy Hart in his corner. After Piper claimed victory, it was Beefcake who ended up shearing Adonis’ platinum locks off. It was a moment that changed Beefcake’s career forever.

After a little training in the fine art of cutting hair, he rechristened himself Brutus “The Barber” Beefcake. With a wild-eyed glare and a massive pair of hedge clippers in hand, “The Barber” became an immediate fan favorite with the WWE Universe, as well as a feared opponent in the ring. Both were due in part to his trademark Sleeper Hold and for what happened after he put his opponents to sleep.

Leaving his hedge clippers aside in favor of more traditional haircutting tools, Beefcake showed off his unique barbering skills, giving his rivals a haircut that would leave them regretting ever stepping into the ring with “The Barber.”

Beefcake was also a trusted friend of the legendary Hulk Hogan. “The Barber” always had The Hulkster’s back, even if it meant staring down monstrous foes like Zeus. On his own, Beefcake was always a top contender to the Intercontinental Championship, whether it was held by fellow 2019 Hall of Fame Inductee The Honky Tonk Man or Mr. Perfect. In fact, it was Beefcake who handed Mr. Perfect his first-ever loss in WWE at WrestleMania VI.

I’m still upset about Beefcake ending Mr. Perfect’s undefeated streak! Not really, but it did bug me as a kid in 1990! 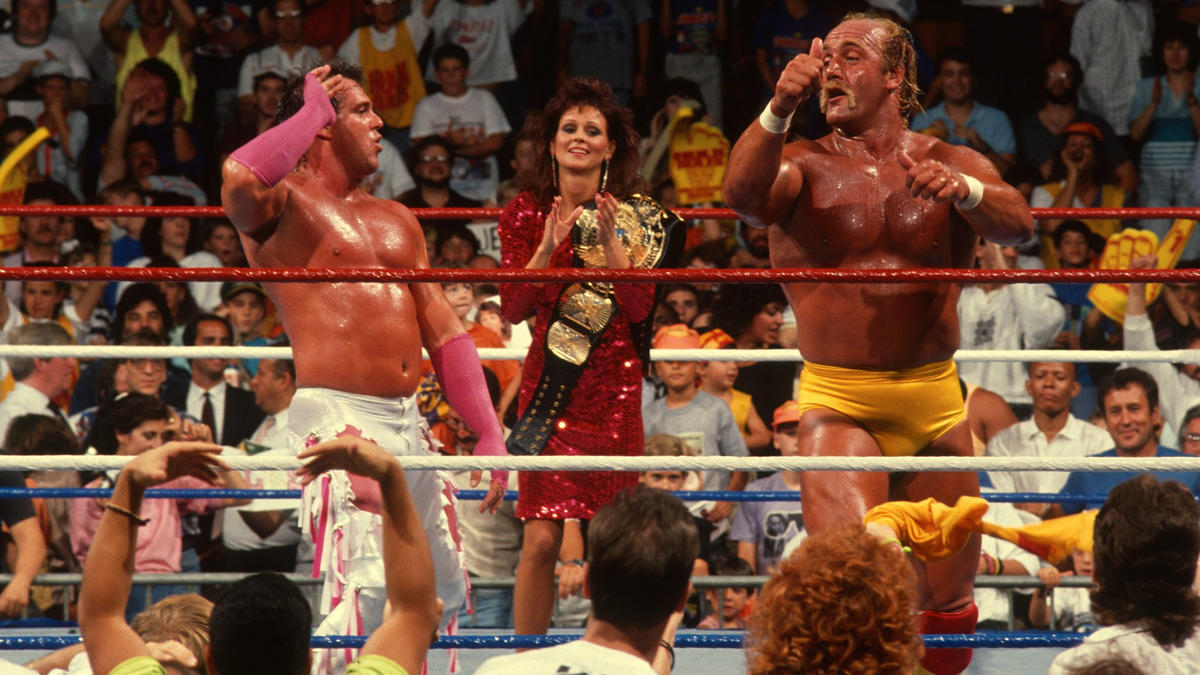 The Beefcake Hall of Fame news was broken by Sports Illustrated earlier today. In an interview, Brutus talked about becoming “The Barber” in the WWF:

“It was a big pretty big challenge to create ‘The Barber.’ At first, I thought, ‘The Barber?’ I had no idea what to do. It was difficult, but I had help. Hogan was the guy who said I should put guys to sleep with the sleeper and then cut their hair. I thought, if that worked, it was going to be very exciting. And it worked big time.”

Brutus also talked about a parasailing accident in 1990 that almost took his life:

“My doctors told me I was lucky to live. I was never supposed to wrestle again. I was also going through a bad divorce and my parents had just died, so that was a really dark time.”

“I took life one day at a time. I had the support of people in the WWE, and I had a good friend in the Hulkster. Terry pulled me from the depths, and he told me I was going to get better. With a lot of support, I did.”

Finally, Brutus appears to be thankful about the honor of being in WWE’s Hall of Fame:

“I’m filled with amazing joy and happiness to have touched so many lives. My 41 years in the ring were an honor and a privilege, and I’m so happy to be joining the WWE Hall of Fame.”

That means the WWE Hall of Fame 2019 class looks like this:

There have been no inductors announced and rumors of the format changing. The ceremony is expected to be shorter than most years with time curfews in place.

TJR Thoughts: Brutus was one of the most popular babyfaces in WWE during the Golden Era when Hulk Hogan was on top and Brutus was one of his best friends. His WCW run sucked when he used multiple gimmicks that were terrible, but I doubt that’s going to be mentioned.

Does he deserve it? I feel bad saying no because these wrestlers put their bodies on the line to entertain us. Brutus was a regular in WWE during a very successful period for the company and sometimes that’s enough for somebody to get in by their logic. I don’t think he was an outstanding worker or talker really, but he was pretty popular during his prime, so he deserves credit for that.