There is sad news to report today because we have learned that WWE Hall of Famer “Road Warrior” Animal has passed away. Joseph (Joe) Laurinaitis was 60 years old. Joe’s family confirmed the news via this message on Twitter. He was married with three children.

It was reported by TMZ that Animal passed away at the Tan-Tar-A Resort in Osage Beach, MO. The police received a call at 11:49pm on Tuesday night from Joe’s wife, but when they arrived on the scene, there was emergency personnel that declared that Animal had passed away.

Animal was a part of the legendary tag team known as the Road Warriors, who were also known as Legion of Doom when they were WWE. His tag team partner Hawk passed away in 2003 at the age of 46. Joe’s brother John Laurinaitis is a WWE Producer that also wrestled as Johnny Ace in his career. 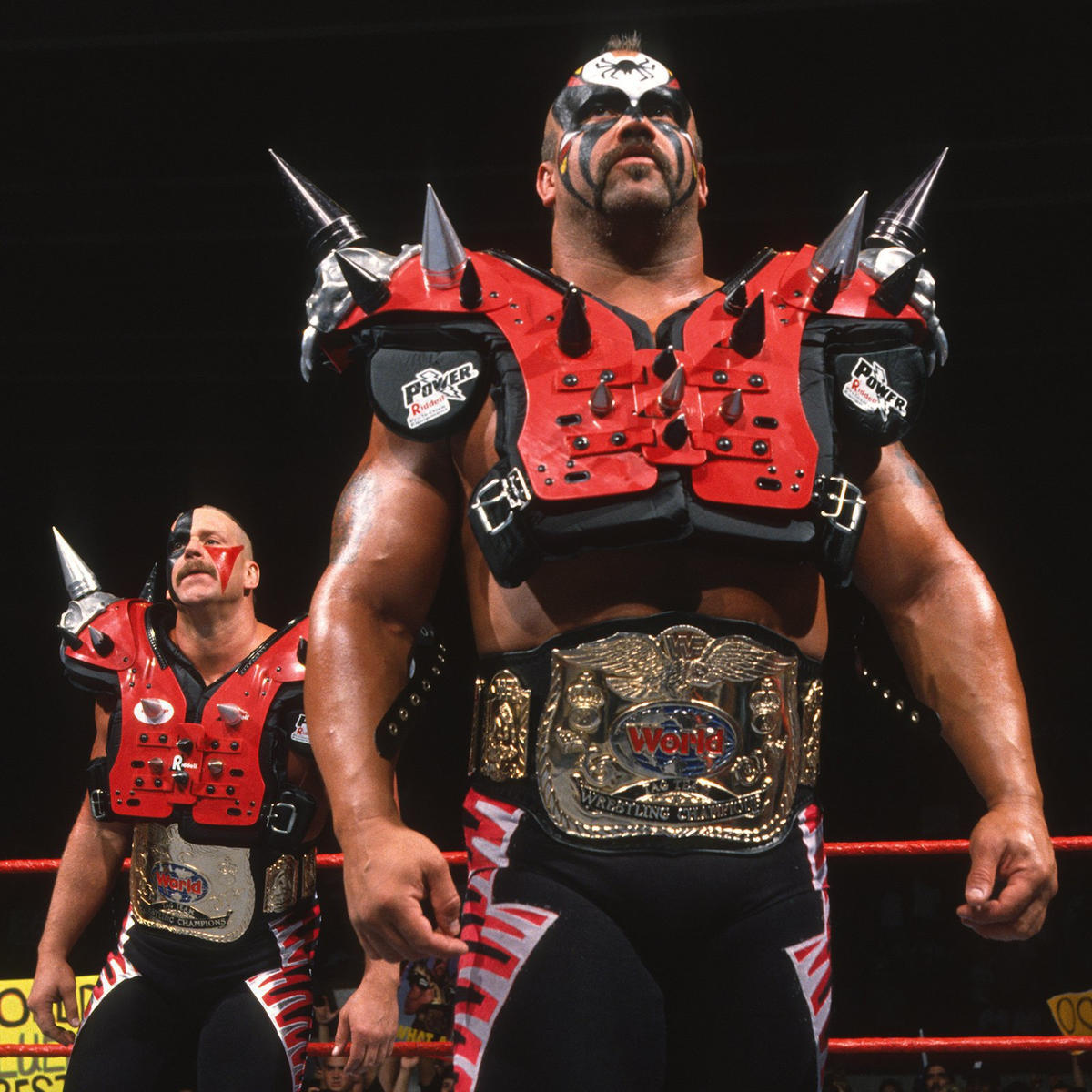 The Road Warriors/LOD Tag Team are considered by many fans to be one of, if not the best tag team in the history of professional wrestling. That’s saying a lot, but the team made a huge impact on the wrestling business from the standpoint of being strong characters, they had an intimidating look and had one of the most devastating tag team finishing moves in wrestling history known as the Doomsday Device.

A lot of people would remember them for the promos with Animal doing most of the talking, then Hawk speaking in his raspy voice and their famous “What A Rush” catchphrase.

Here’s what WWE posted about Animal, who was inducted in WWE’s Hall of Fame in 2011 along with Hawk and their manager Paul Ellering.

WWE is saddened to learn that Joe Laurinaitis, known to WWE fans as Road Warrior Animal, has passed away at the age of 60.

One of the most intense Superstars to ever step into the squared circle, the 6-foot-2, 300-pound Animal spent the majority of his career alongside his tag team partner, Hawk. Together, they formed what was arguably the most successful, popular and feared tandem of all time — The Road Warriors.

With their intimidating face paint, outfits covered in metal spikes and impressive array of power moves, the duo captured titles and destroyed opponents wherever they roamed. Their dominance made them so popular that the phrase “Road Warrior pop” has been used in locker rooms to describe particularly deafening reactions from the crowd ever since.

The Road Warriors thrived in multiple stints with WWE, where they were known as The Legion of Doom. The team won the World Tag Team Titles on two occasions and were eventually enshrined in the WWE Hall of Fame.

WWE extends its condolences to Laurinaitis’ family, friends and fans.

Joe’s son James was a linebacker on the NFL’s St. Louis (now Los Angeles) Rams from 2009 to 2015. Here’s a photo they did where they had each other’s gear on. 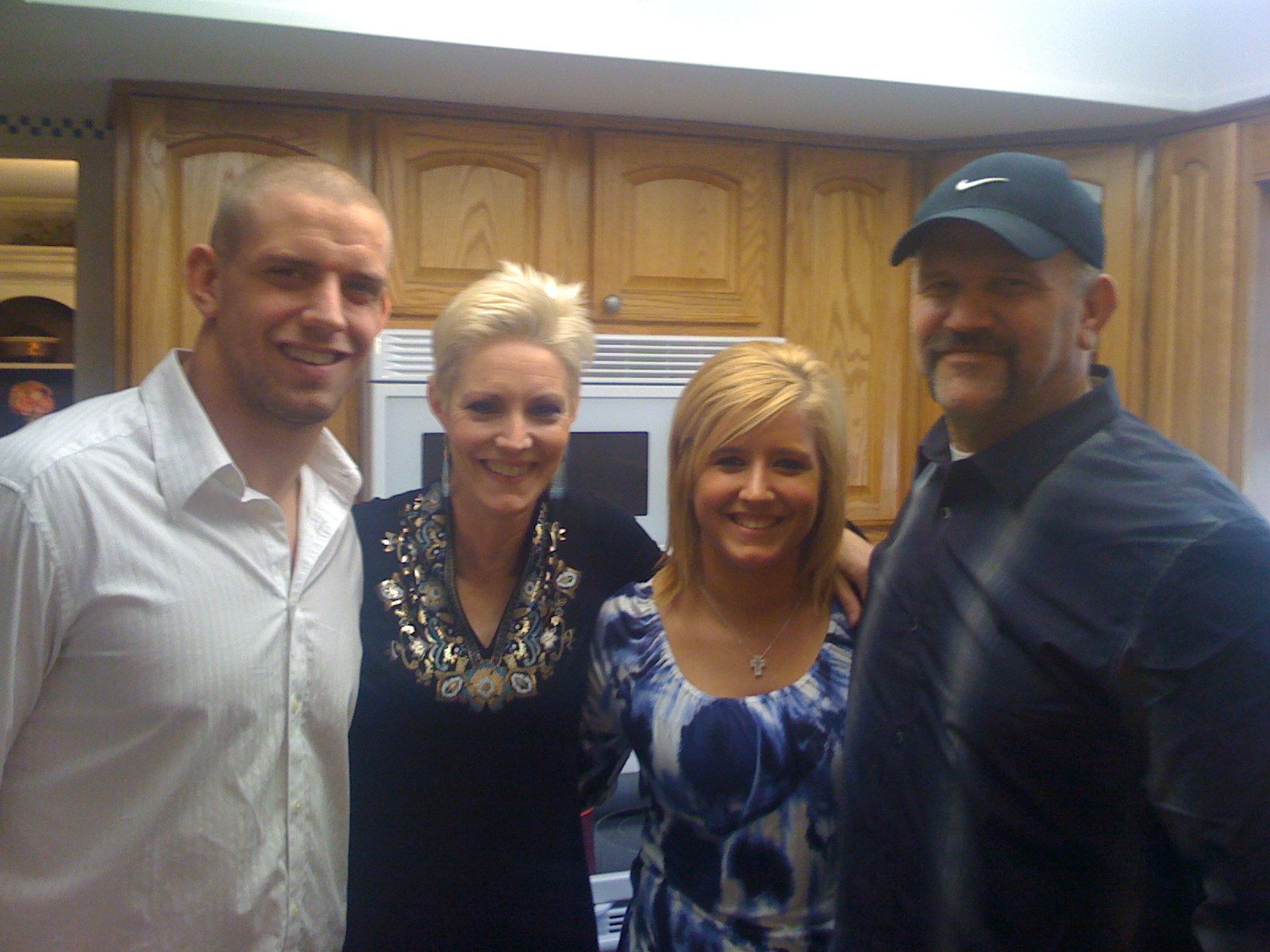 There are a lot of tributes from the wrestling community for Joe, who was part of the business for the last 40 years. He was very well liked and respected. I’ll post some of the social media tributes below.

On behalf of everybody associated with TJRWrestling, we would like to extend our condolences to Joe’s family, friends and millions of fans around the world.

Today we lost the engine of the train
LOD. Animal was a partner, warrior, and friend. He will be welcomed home by a waiting Hawk. pic.twitter.com/pJ3BSYRSnQ

I Am More Than Saddened To Hear Of The Loss Of My Good Friend And GREAT Opponent Joe Laurinaitis Of The Legendary Road Warriors. They Were Iconic! The Road Warriors And The Four Horsemen Drew More Money And Had More Fun And Entertained Fans Worldwide At The Highest Level. RIP 🙏🏻 pic.twitter.com/eiZ2udqGNm

RIP Animal,love you my brother, I know you and Hawk have a lot of unfinished business to take care of! God speed and blessings to your beautiful family,one love4Life. HH

Shocked to hear of the passing of @RWAnimal.

An iconic figure in our business who I was looking forward to seeing this Saturday night in Jackson, Tennessee at the @JerryLawler celebration.

Condolences to Joe’s family and friends. 🙏🤠

Terrible news to wake up to this morning. Praying for Joe's wife and family. https://t.co/8dxBpEmQqL

“Who is the greatest Tag Team of All Time?”

The answer has always been the same.

My sincere condolences to family, friends and fans of Animal all around the world. #RIPAnimalpic.twitter.com/hQ2Av7xw1X

Heartbreaking and painful to get this call this morning. Just damn. https://t.co/KQVjxszOiM

So deeply saddened to hear about the passing of Road Warrior Animal.
My condolences and prayers to his family, friends and fans.
Gone far too soon, but, Joe did not get cheated in life.
Now he’s back with Hawk, Terry and Buddy.
“OH WHAT A RUSH!”

I’m totally shocked to hear my friend and brother in Christ, Road Warrior Animal, has passed away. My thoughts and prayers as well as my heart, go out to the family. RIP my friend. 🙏

MY ROAD WARRIOR ANIMAL BROTHER. YOU WERE MOST OVER TAG TEAM EVER. WE HAVE THE BEST TIME IN THE MINNESOTA FOREVER I LOVE YOU. RIP BUBBA pic.twitter.com/dLzAy2uRaa

I just learned of the passing of Joe Laurinaitis. Such a huge loss for wrestling – but even bigger for the family he adored.

He treated me like an equal from the first time we met. His example of kindness and humility made a huge impression on me.#RIPRoadWarriorAnimalpic.twitter.com/lec18KLaiZ

Great memories traveling the roads with my brother in paint. Joe “Animal” Laurinitus will be missed. pic.twitter.com/WGWSRTSJb0