The “Warrior Award” winner has been announced for this year’s WWE Hall of Fame. It was announced on Monday that Sue Aitchison will be the Warrior Award recipient this year with WWE noting on their website that she’s a 30 year veteran of WWE’s corporate office.

Sue Aitchison, a 30-year veteran of WWE’s corporate office, has been named the recipient of the fifth-annual Warrior Award. Named after WWE Hall of Famer The Ultimate Warrior, the Warrior Award is presented to an individual who has exhibited unwavering strength and perseverance and who lives life with the courage and compassion that embodies the indomitable spirit of The Ultimate Warrior.

The award will be presented to Aitchison by Dana Warrior, WWE Ambassador and widow of The Ultimate Warrior, at the 2019 WWE Hall of Fame Induction Ceremony, which will stream live on WWE Network at 7 ET/4 PT on Saturday, April 6 from Barclays Center in Brooklyn, N.Y. The news was first reported by The Stamford Advocate.

A WWE employee for more than 30 years, Sue Aitchison is widely credited with spearheading WWE’s community outreach programs. Over the course of her storied career, she built a long-term partnership with Make-A-Wish and helped grant WWE wishes to more than 6,000 children. Aitchison also pioneered WWE’s WrestleMania Reading Challenge, inspiring a love of reading for millions of children around the world. Because of her commitment to giving back, Aitchison has also been the recipient of Make-A-Wish’s Chris Greicius Award. 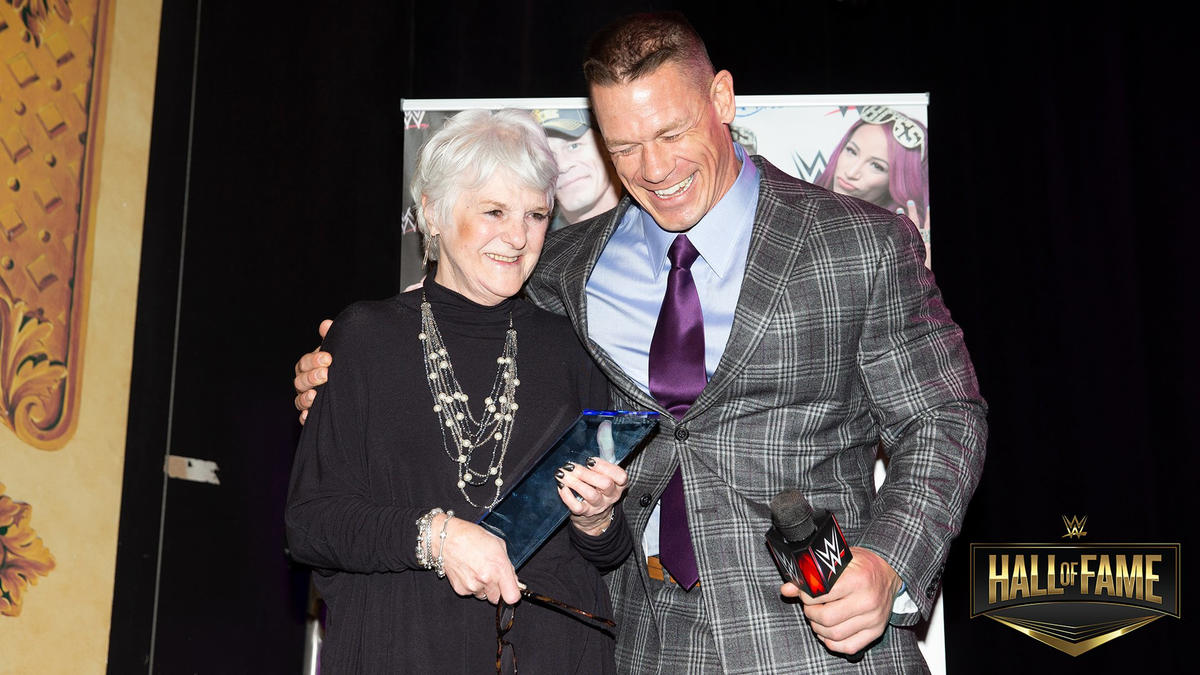 Sue commented on being this year’s Warrior Award recipient: “I am humbled to receive this prestigious award. I look forward to continuing WWE’s efforts with Make-A-Wish and other organizations to make a positive impact on children and their families around the world.”

Stephanie McMahon, who is WWE’s Chief Brand Officer, commented on Sue receiving this award: “Sue has dedicated her entire career to helping Wish kids fulfill their dreams and putting smiles on countless families’ faces. Her heart and character epitomize the essence of the Warrior Award. She is an unsung hero who deserves to be recognized and immortalized in the WWE Hall of Fame.”

Here are some more comments.

The unsung hero and silent driving force between @WWE and @MakeAWish for over 30+ years, Sue Aitchison is OUR Superstar and the recipient of this year’s #WarriorAward. Congrats, Sue and thank you for all you continue to do. #WWEHOFpic.twitter.com/QRbrkXARBW

This year’s #WarriorAward recipient is @WWE’s own, Sue Aitchison. Sue has personally helped grant over 6,000 Wishes putting smiles on Wish kids faces for over 30 years. I’m so proud Sue will be immortalized in the #WWEHOF. pic.twitter.com/9e9L0oG0bj

Congrats To My Good Friend Sue Aitchison With The @WWE On Her Induction Into The WWE Hall Of Fame. WE Are All So Lucky To Have Had You In Our Lives. You Have Meant So Much To All Of Us. You Are That Person That Can Honestly Say “You Are Lucky To Know Me” And We All Get It! WOOOO!

Very well deserved. Sue is one of those “behind the scenes” people that has done more than she’s ever gotten credit for. This also makes me happy. https://t.co/TLaeAuCW38

TJR Thoughts: Congrats to Sue. I honestly don’t know much about her, but she has been a part of WWE for over 30 years and is obviously well liked by a lot of people. When The Ultimate Warrior was inducted into the WWE Hall of Fame in 2014, he spoke about how WWE should also honor people behind the scenes. Since WWE started giving out the Warrior Award, they have opted to give the award to people battle and overcoming illnesses. There is nothing wrong with that. This year they opted to go in another direction, which is cool. I’m sure it’ll be a big honor for Sue and her family.