The first part of the WWE Draft took place. I covered it in detail in my Smackdown review, but I wanted to do another post on the site that simply lists all the names and in the order that they were picked.

The way it worked was that Raw got the first pick, they also had three picks every round while Smackdown had two and that’s because Raw is a three hour show while Smackdown is two hours. It’s the same thing WWE did last year with the draft. The wrestlers chosen tonight were from a pool that WWE put out a few days earlier where only some WWE superstars will be picked here while more superstars will be picked on Raw because they are in a separate pool. 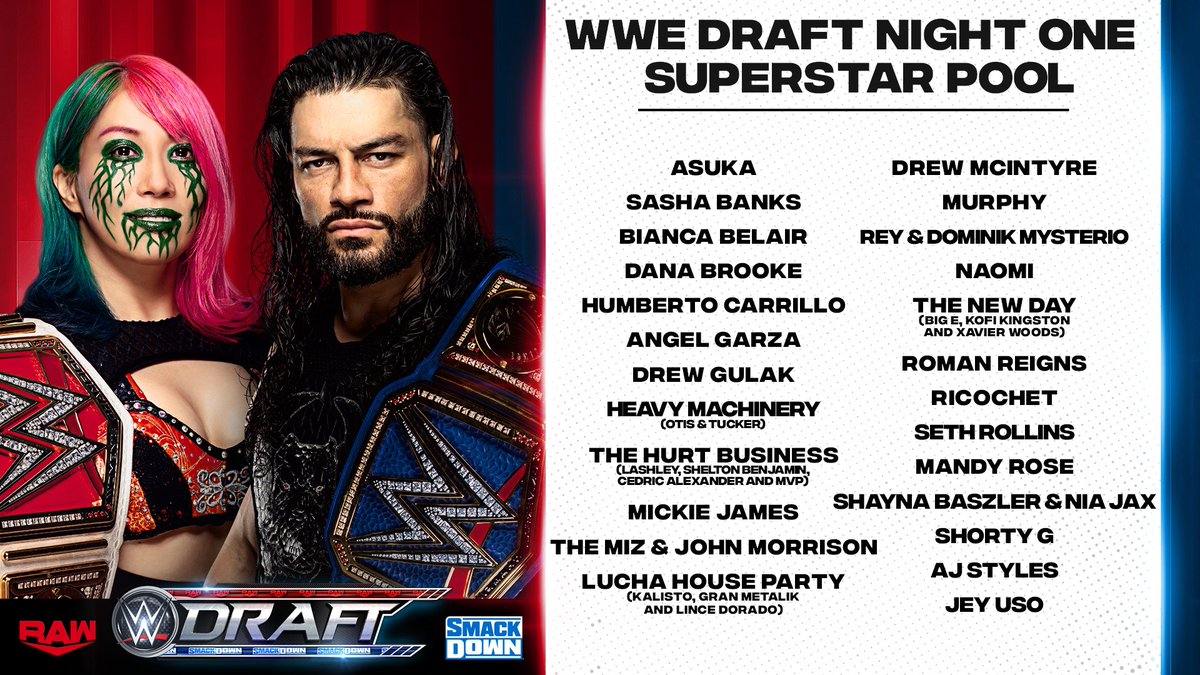 All of the draft picks were announced by Stephanie McMahon, who stood on the stage behind a podium and read the names off cards.

Miz and Morrison were originally in the Monday pool list, then they moved to Friday list and WWE put Elias in the Monday list after he was on Friday.

Kofi Kingston and Xavier Woods won the Smackdown Tag Team Titles on Smackdown this week. They get to take those titles to Raw apparently.

That’s it for picks that were shown on television. Other names will be announced on Talking Smack on WWE Network. We will have a post on that when we have that news.

Here’s a handy graphic posted by WWE on Fox on Twitter that sums it up nicely. 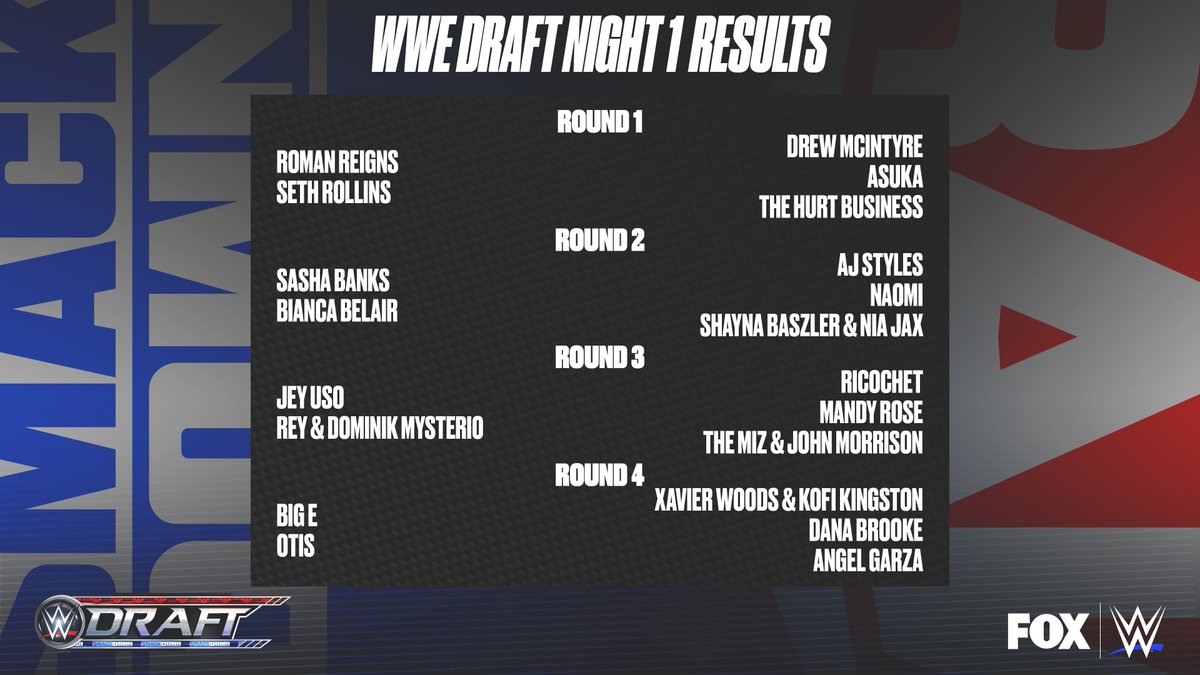 That’s it for the draft results. The list of names not drafted on Friday that were eligible looks like this:

There will be another post after more names are revealed on Talking Smack and also next Monday on Raw for the second pool of talents waiting to be drafted.

Here’s a look at the superstars eligible to be picked on Raw Monday. Lars Sullivan, who returned from injury on Smackdown, is now part of the Monday pool of talent.

WWE posted some interviews with superstars that were drafted. I’ll post them below.