The annual WWE NXT Award nominees for 2018 were announced during this week’s NXT broadcast and voting is open now. You can see all the nominees below, plus info on how to vote and I’ll post my choices for the winners of each award at the bottom of the post. You can also get more info on WWE.com too. Here’s how you vote and when the deadline is:

There are nine different categories for the NXT Universe to vote on, exclusively on Twitter. In order for a vote to be official, you must include BOTH of the following in your tweet: (1) the hashtag of the category, and (2) the hashtag of the nominee you are voting for. Please limit your votes to one category/nominee per tweet.

The winners of each category will be announced during the NXT TakeOver: Phoenix Pre-Show, streaming live Saturday, Jan. 26, on the award-winning WWE Network and across all digital platforms. Voting ends Friday, Jan. 25, at 11:59 p.m. ET.

They have been doing this for a few years and it’s a cool thing to see who the fans voted for. Here are all the nominees, plus video packages that aired during last night’s show that also appear on WWE’s Youtube channel.

Female Competitor of the Year

Male Competitor of the Year

Overall Competitor of the Year

NXT Tag Team of the Year

NXT TakeOver of the Year

NXT Match of the Year

NXT Rivalry of the Year

Breakout Star of the Year

Once again, for more info go to WWE.com if you’re confused by how to vote or anything like that. 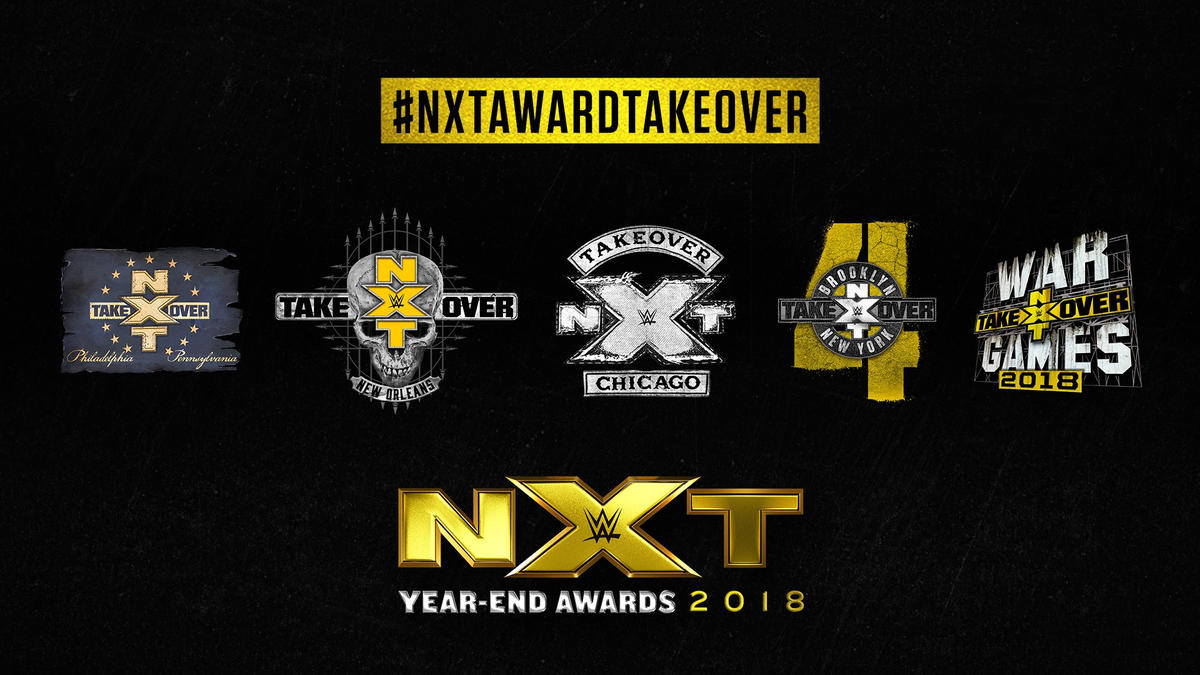 Female Competitor of the Year: Kairi Sane – That was a tough call because I like Shayna Baszler too, but Sane is my favorite. If Ember Moon was there longer I would have picked her.

Male Competitor of the Year: Johnny Gargano – It’s been Johnny and Tommaso. Tough call for sure, but I think Gargano had more great matches than anybody along with solid character development as well. Ciampa may have won this any other year.

NXT Tag Team of the Year: Undisputed Era – I don’t think it’s very close either. O’Reilly and Strong an outstanding team that might be the best in all of WWE as well. The second best NXT team was probably Bate/Seven aka Moustache Mountain, but they aren’t an option on here because they are mainly on NXT UK now.

NXT TakeOver of the Year: New Orleans – It’s probably the toughest year ever in terms of picking just one, but I think New Orleans stood out with two matches around the five star level and everything else was great. I covered it in my WWE Johnny Awards column a few days ago. https://tjrwrestling.net/the-john-report-presents-the-10th-annual-wwe-johnny-awards-2018-edition/

NXT Match of the Year: Johnny Gargano vs. Tommaso Ciampa (Unsanctioned Match, TakeOver: New Orleans) – As you may have seen in my top 10 WWE Matches of the Year column, six of them are from NXT Takeover events. It’s tough to pick just one, but I went with Johnny and Tommaso in the Unsanctioned Match in New Orleans. Read more about my top ten here. https://tjrwrestling.net/the-john-report-my-top-10-wwe-matches-of-2018-with-full-reviews/

NXT Rivalry of the Year: Johnny Gargano vs. Tommaso Ciampa – I feel repetitive here, but it’s Gargano vs. Ciampa again. I really liked Ricochet vs. Velveteen Dream and Moustache Mountain vs. Undisputed Era as well.

Breakout Star of the Year: Ricochet – I’m so excited to see Ricochet’s future in WWE, not just NXT, but on the main roster too. To me, he can be a bonafide main event star in WWE in the next two years. If he’s not given that chance it would be disappointing. My second choice would be Bianca Belair. She’s got a bright future too.

Future Star of NXT: Matt Riddle – This wasn’t easy, but I’ve seen enough of Riddle in other companies to know how great he is in the ring. He has to work on being an all-around talent, but that’s where NXT comes into play to help the guy grow as a performer. Keith Lee would be the second choice. I think he’s got a lot of experience and potential to improve as well. Among the women, Io Shirai stands out. Very bright future for her.