There are three things that have been advertised so far for Smackdown this coming Tuesday in London, England. Keep in mind that due to the time difference in London, we will know the results of the show a few hours before it airs at the usual 8pmET start time.

There will be a Fatal 4-Way match with Finn Balor, Andrade, Ali and Randy Orton. It should be an outstanding match featuring the four men representing Smackdown in the Men’s Money in the Bank Ladder Match on May 19th. 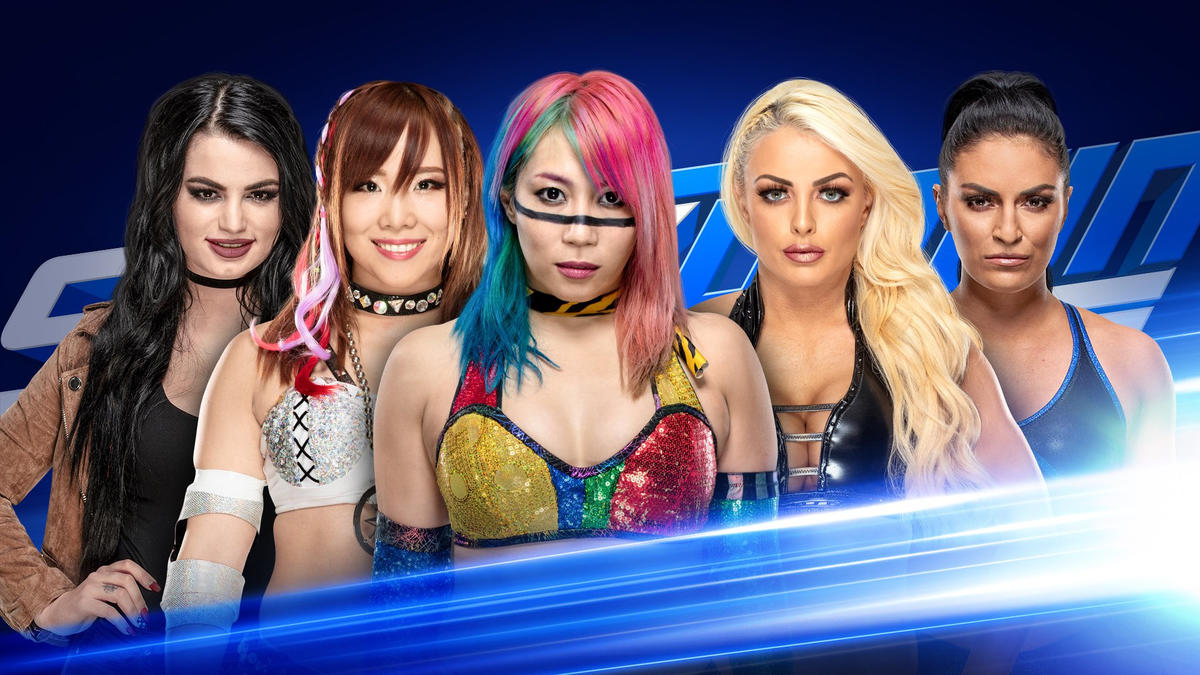 The team of Mandy Rose and Sonya Deville (known as “Fire & Desire”) will team up to face Asuka and Kairi Sane, who are managed by Paige. That match was set up last week on Smackdown.

In addition to that, WWE is promoting a Kevin Owens Show segment with Kofi Kingston as his guest. Here’s how they covered it on WWE.com today:

After weeks of personal attacks, blindside assaults and several raucous brawls, WWE Champion Kofi Kingston and Kevin Owens will collide for the WWE Title at the Money in the Bank pay-per-view, but first, they may … talk it out?

Owens has invited Kingston to join him on The Kevin Owens Show this Tuesday on SmackDown LIVE, only five nights before their massive title match. KO and Kofi have gone through the ringer in recent weeks — will The Dreadlocked Dynamo accept Owens’ invitation? If he does what will the mood be if the two come eye-to-eye on the final stop before WWE Money in the Bank?

They keep trying with that “Dreadlocked Dynamo” name for Kingston, huh? It’s not working.

When looking at this preview, also remember that WWE usually changes at least one match or segment that is advertised every week, so something you may see above may not actually happen on Tuesday night. That’s just how unorganized the creative team is these days.