It was announced today that more moves were made as part of the WWE Draft. Following Friday’s draft on Smackdown, WWE released a list of “free agents” who got to choose what brand they would be on. That’s the kayfabe way of saying that WWE was going to assign them to a show.

In a WWE.com article that was posted this morning, the following moves were announced.

EC3 has the most untapped potential in that group, so it will be interesting to see if he is actually used or remains filler on the roster. I don’t think WWE management is that impressed by him in the ring, but he also hasn’t had many chances. If it was up to me, EC3 would be in a tag team or something where his skills were utilized better…Eric Young is a veteran with two decades of experience and hasn’t done much on the main roster…Sin Cara has been there a long time. I don’t see him getting any kind of new push.

Apollo Crews remains in the same role he’s been in for years as the guy with potential who the announcers will talk about how he’s a great athlete, but then creative does nothing for him…Gulak is moving from 205 Live, but I assume he could still be part of 205 Live since it’s on Fridays like Smackdown…Slater has been in WWE for about a decade and hasn’t done much for a few years although I liked his free agent storyline in 2016…Tamina is the oldest woman on the roster that has had a lot of injuries the last few years. She doesn’t really stand out, but she works well as a bodyguard…The B-Team haven’t been booked very much in the last couple of years after that brief Tag Team Title reign on Raw. Axel has been in WWE a long time now.

All of the above wrestlers are regularly booked on WWE live events when they are healthy, so they do have value to the company. It’s just hard to push everybody.

Some names on the free-agent list were not assigned to a roster yet. Those names are as follows.

There are rumors Cesaro may be headed to NXT like Finn Balor, but it’s just a rumor at this point. Carrillo and Tozawa were 205 Live guys. I could see them in NXT too. As for Gable, I’m not sure what the plan will be for him.

Part two of the WWE Draft takes place on Monday’s Raw. Becky Lynch (representing Raw) and Sasha Banks (representing Smackdown) will have a match to determine what roster gets the first pick on Monday.

The following names will be eligible to be drafted on Monday: 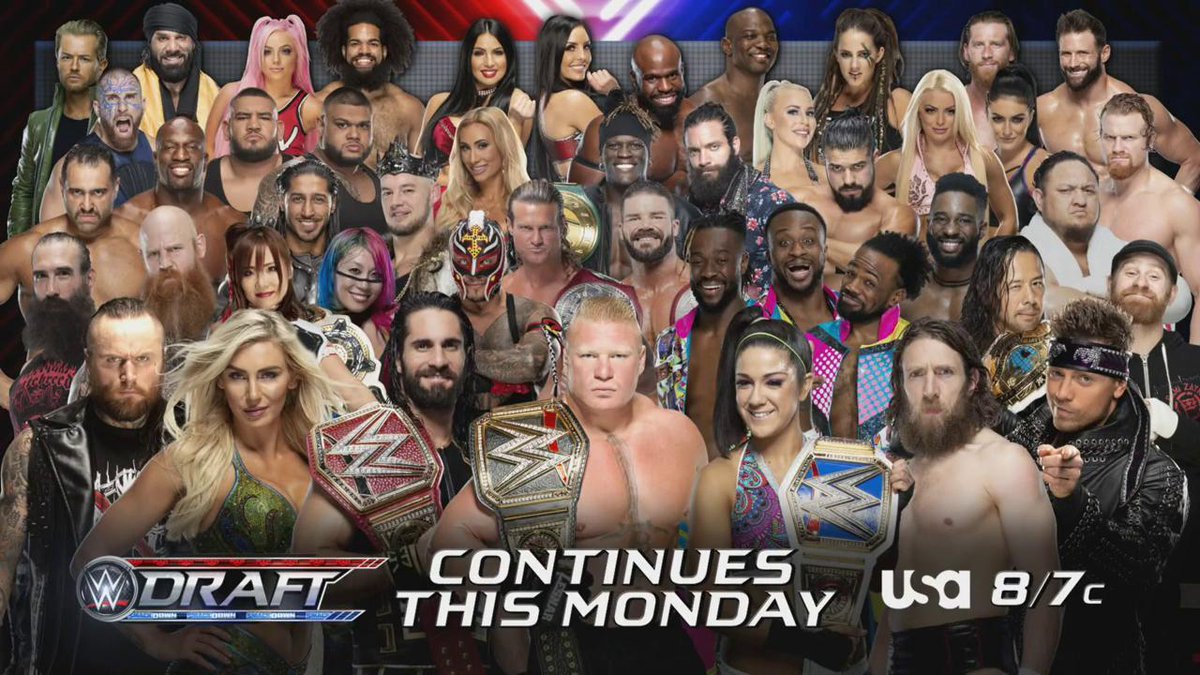 My thoughts on where some of them might go are in this article.

That’s all for now. It’s a quiet Sunday for me on this Canadian Thanksgiving weekend.