The next WWE NXT Takeover event is Saturday, August 10 in Toronto. The show will take place at the Scotiabank Arena at 7pmET. A typical NXT Takeover event has five matches, but this time they are going with six matches. They are all official now, so there are no spoilers here.

NXT Championship: Adam Cole (c) vs. Johnny Gargano in a 2 out of 3 Falls Match

(Note: Each man got to pick a stipulation for the first two falls. Cole picked a classic wrestling match, Gargano picked a Street Fight and if there is a need for a third fall then NXT GM William Regal will pick the stipulation for that.)

The LeRae vs. Shirai match was added during the NXT broadcast last night. It makes sense Shirai turned heel against LeRae. It will be two women’s matches on a Takeover show because that’s rare.

Matt Riddle is the big name missing from the card. Riddle beat Strong at the last Takeover, yet Strong is in a North American Championship match.

There is a possibility that the Undisputed Era foursome could leave NXT Takeover Toronto with all the men’s NXT Titles because Cole could retain his NXT Championship, Strong could win the North American Championship and O’Reilly/Fish could win back the NXT Tag Team Championships. I think there’s a strong possibility of that happening.

Cameron Grimes (formerly Trevor Lee) and Jordan Myles (formerly ACH) made the finals of the NXT Breakout Tournament with two wins each. 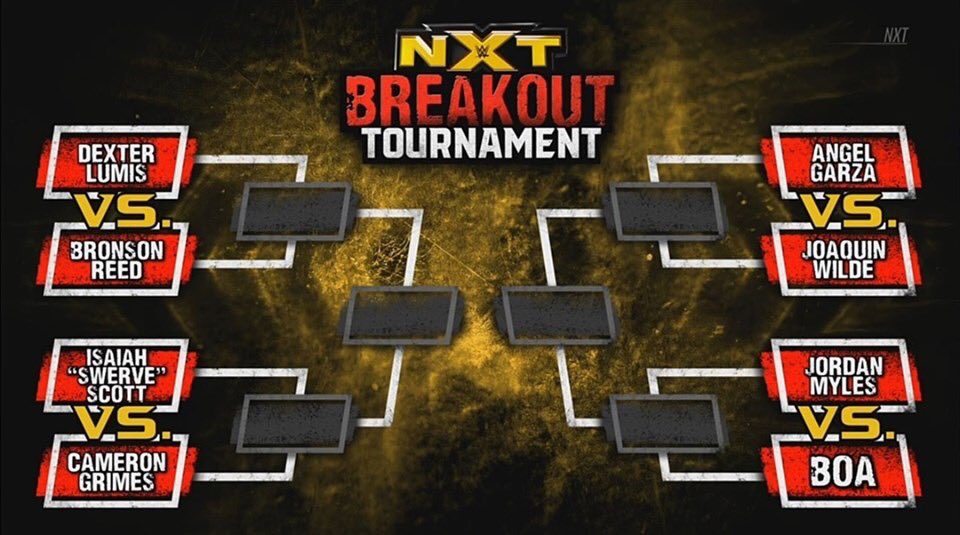 Our NXT reviewer Kurt Zamora will have a review of this week’s NXT show up later today on TJRWrestling.

Analysis: It’s a very good lineup with some fresh faces on there like Yim, LeRae, Grimes and Myles. I think with six matches and a main event that is likely going over 30 minutes, this could be three-hour show or close to it. Some NXT Takeover events have been that long in the past, so if you’re going or you plan on watching, I would plan on spending three hours watching this show. I have no problem with that at all because NXT Takeover shows always deliver in terms of quality matches all night long.

The Cole/Gargano match will likely be the end of their three match series. I gave five stars to their first two matches. I would be surprised if they don’t get near that level again.