The 2021 WWE Draft will take place in the month of October for the third straight year, as confirmed by WWE on Raw last night. “It’s time to shake things up again” as Vince McMahon has said in the past. 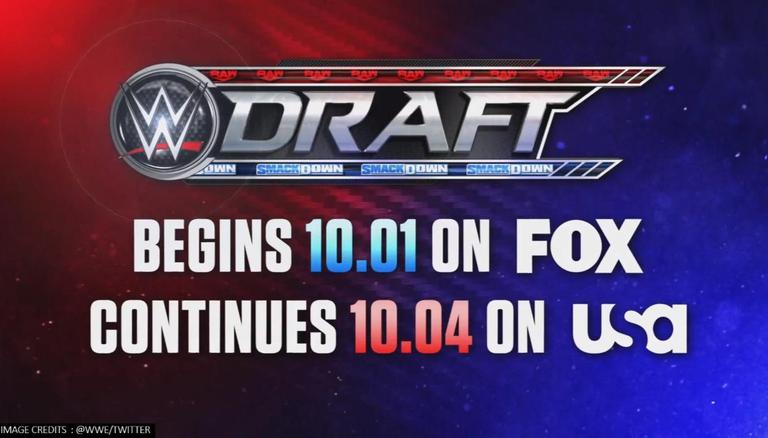 News of the draft taking place was originally reported by Andrew Zarian of the Mat Men Podcast, who confirmed the dates last week. There were reports that WWE might do them right after SummerSlam, but that was changed to October.

The reason the draft took place in October in 2019 is because that’s when WWE debuted Smackdown on Fox while Raw continued on USA Network. At that point, WWE decided to introduce a string roster split that would make superstars brand exclusive. There are exceptions sometimes where WWE allows people from one show to appear on the other, but that’s rare. While WWE could have moved the draft to a different month in 2020 or 2021, they are sticking with October as their draft month of choice.

Some of the top names drafted to Raw in 2019 were Becky Lynch, Seth Rollins, Drew McIntyre and Bobby Lashley. The biggest names going to Smackdown in 2019 were Roman Reigns, Sasha Banks, Bayley and Daniel Bryan.

In 2020, the most shocking news of that draft was when The New Day trio was split up with Kofi Kingston & Xavier Woods getting drafted to Raw while Big E was alone on Smackdown. That would lead to Big E’s ascension from being a tag team wrestler in New Day to winning the Intercontinental Title, losing that to Apollo Crews and then winning the Money in the Bank contract in July. Big E would go on to cash MITB on Bobby Lashley last night on Raw to become the new WWE Champion.

The history of the WWE Draft goes back to 2002 when there was no more competition from WCW, so Vince McMahon felt like WWE needed to compete against itself. That meant that Raw “co-owner” Ric Flair would lead that show while Vince McMahon would lead Smackdown. After that story played out, they would go on to have Eric Bischoff as the Raw General Manager against Stephanie McMahon as the Smackdown GM. The roles and names of the authority figures would change over the years.

In 2005, John Cena went from Smackdown’s WWE Champion to Raw while Batista was the World Champion on Raw that was moved to Smackdown. Cena would go on to be a mainstay on Raw (the “A” show in those years) for the next decade.

After WWE mostly ignored the brand split in the early 2010s, they went back to a more strict brand extension in July 2016 when “Smackdown Live” became a thing on Tuesday nights until Fox got the Smackdown rights in 2019.