The name “Shorty G” has caught a lot of WWE fans off guard because Chad Gable is a former Olympian, yet WWE felt the need to point out how short he is and officially change his name as well. Shorty’s real name is Chas Betts and he chose Gable to honor wrestling legend Dan Gable. Shorty, who is about 5’8″ or so, is 33 years old and is currently being pushed more than ever as a singles wrestler on the Smackdown brand. At Thursday’s Crown Jewel show in Riyadh, Saudi Arabia, Shorty is a part of the five man Team Hogan that will face off against Team Flair.

Shorty recently spoke to Sports Illustrated talking about a number of different things in his career.

On embracing the new Shorty G name and persona:

“The key is to take advantage when given the opportunity. Right before I went out last week to do the Shorty G promo, Bruce Prichard told me to make it my own and feel it. That promo, I felt it very deeply. The height thing is a message about overcoming whatever people believe are your shortcomings. Everybody can identify with that. That’s an area Chad Gable, up to this point, had been missing. Now you know what he stands for and what he means. Last Friday was the very first step in that process, and it’s only going to get bigger.”

“I’m working my hardest to deliver on their vision and my vision, and right now, we’re coming to the same point. It’s a pretty special time for me in my career right now, and I’m going to continue to work to be someone they can invest in.”

On Vince McMahon helping him in his career:

“Vince is someone who has helped me a lot. He started giving me ideas and explained why a lot of my really serious ideas weren’t working. I started to understand his vision, and now I’m off and running with this new character. I’m going to have a great time with it and I can’t wait to sink my teeth into it.”

On this year’s King of the Ring tournament leading to a lot of success for him:

“I know it’s cliché to say that the King of the Ring tournament is a chance for people to break out and reveal themselves, but that’s exactly what it did for me. I got to have an awesome match with Andrade and the finals against Corbin, and then a follow-up series with Corbin. It’s allowed me to show I’m more than what people believed.”

On Daniel Bryan as his dream opponent:

“There are so many guys on our roster I’d like to wrestle, but I’ve always looked to Daniel Bryan as my dream opponent. We have a similarity in size and style, and I’ve always admired him and looked up to his style of wrestling. I would love to tear it up with him.”

There’s plenty more in the Sports Illustrated interview with Shorty including why he enjoyed teaming with Jason Jordan, pitching ideas to WWE creative in the past, why the Crown Jewel tag team match is big for him, Dan Gable giving him his support and more. 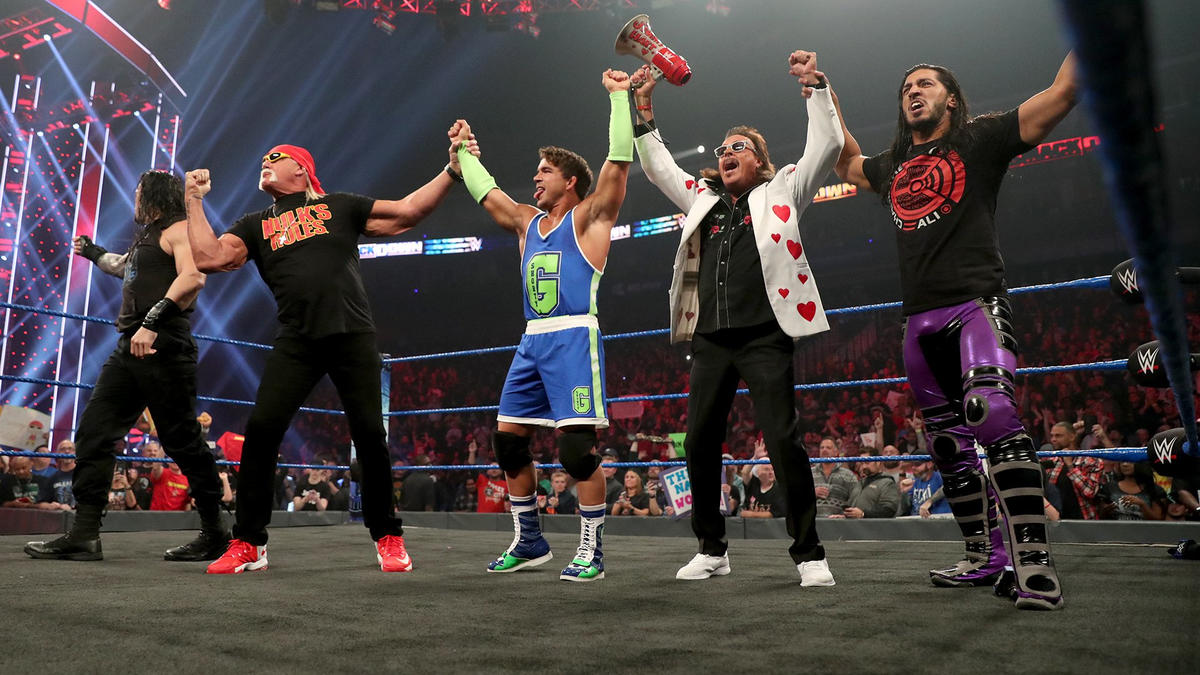 TJR Thoughts: I’m not a huge fan of the name Shorty G. However, King of the Ring helped him and Smackdown since then has featured Shorty a lot more, so that is something I’m happy about. Plus, if you listen to the crowd reactions, they are responding to him. As for the blue and neon green gear, it’s not what I would have picked for the guy, but it does make him stand out more. I guess that’s the point as far as the color scheme. The fact that he went from barely being on TV for most of this year to being in TV main events is a good thing. The name isn’t doesn’t upset me that much.

As for Shorty vs. Bryan, I’m all for that as a long term rivalry whether they are faces or heels. It may not be a bad idea to make them into a tag team once in a while because they wrestle a similar style and would work well together.

Best of luck to Shorty. I’d love to see him contending for the IC Title in the near future and to continue the momentum from there.