The following press release was sent to us tonight by Impact Wrestling. 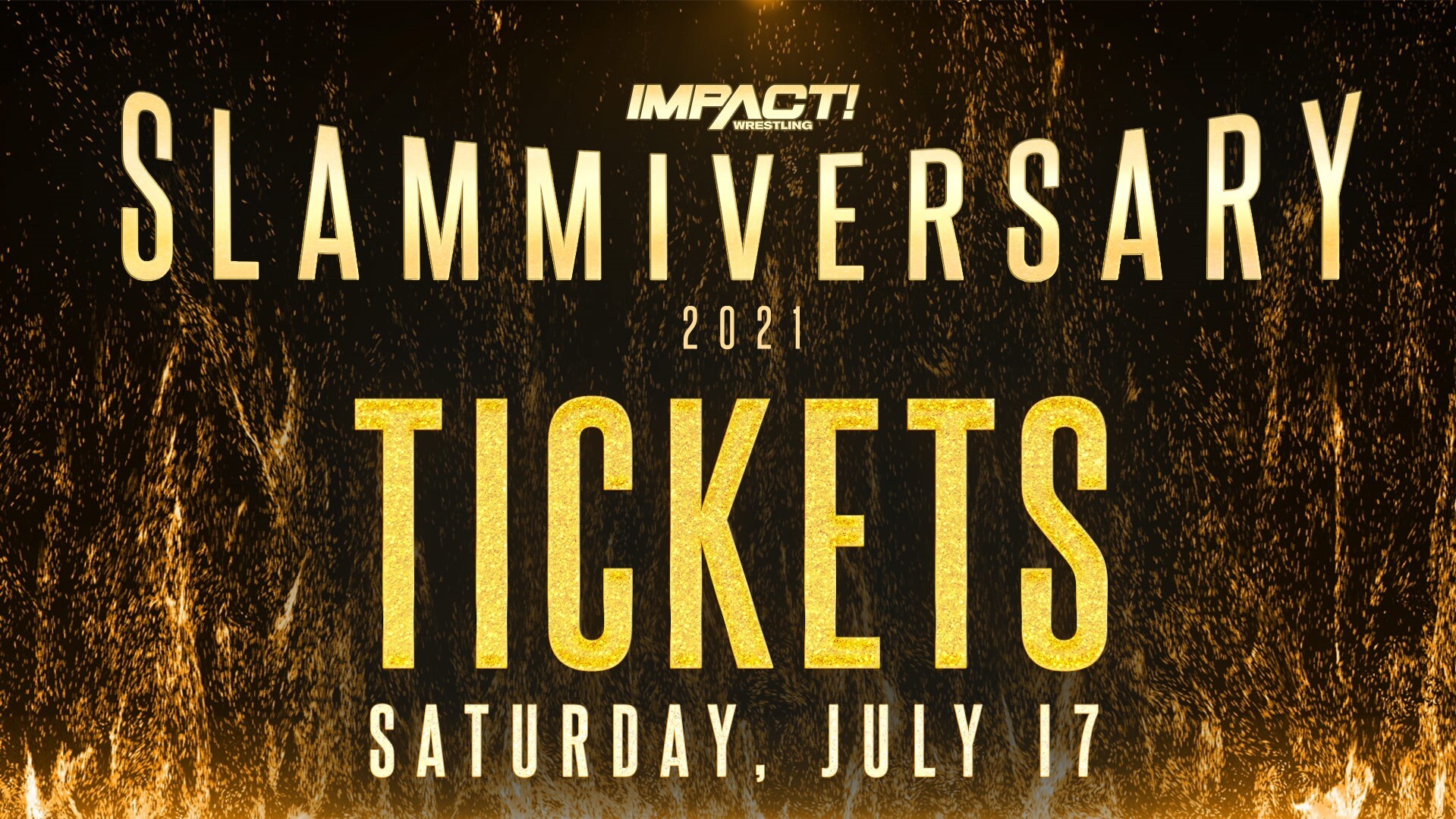 Slammiversary tickets will go on-sale this Friday, June 4, starting at 10am ET, at http://impac.tw/slammtix

Due to the limited number of tickets that will be available, ALL tickets will be part of IMPACT’s new Super Premium VIP Ticket Plan. Every seat is on the arena floor, ringside and comes with a bundle of perks that have never been offered in wrestling history.

Here are some the perks that all ticket-buyers will receive in addition to their seat:

“We have waited over a year to say these three words: Welcome Back, Fans,” said IMPACT Executive Vice-President Scott D’Amore. “We know Slammiversary will be an amazing event, with title defenses, jaw-dropping excitement, breath-taking moves … AND NOW, FANS.

“I speak for everyone at IMPACT Wrestling when I say that we are thrilled to welcome back our fans. IMPACT is going to deliver an amazing night of action in front of the thunderous roar of fans for the first time since early-March 2020 at the two-night A-Town Beatdown in Atlanta.”

IMPACT Wrestling will continue to follow all state and local safety protocols, with the limited number of fans admitted into the venue.