There were more WWE Draft picks announced after Raw last night on the Raw Talk show that airs on Peacock/WWE Network. As usual, Raw got more names because it is a three-hour show compared to Smackdown at two hours.

Here’s a listing of who got picked to what show on Raw Talk:

During Raw last night, the picks went like this:

There were several superstars that were not picked because they are out of action due to injury or in the case of Lacey Evans, she’s pregnant. They are considered free agents along with several others:

Brock Lesnar announced on Smackdown that he is a free agent. Gran Metalik reportedly asked for his release and will likely get it. It’s possible Lince Dorado will be released as well. Shane McMahon has been off television since WrestleMania. John Cena likely won’t be back until WrestleMania season.

The following graphics below show the entire rosters for both Raw and Smackdown. They were set out by WWE as a press release on Monday night. As a reminder, the new rosters take effect on Friday, October 22 after Crown Jewel one day earlier. 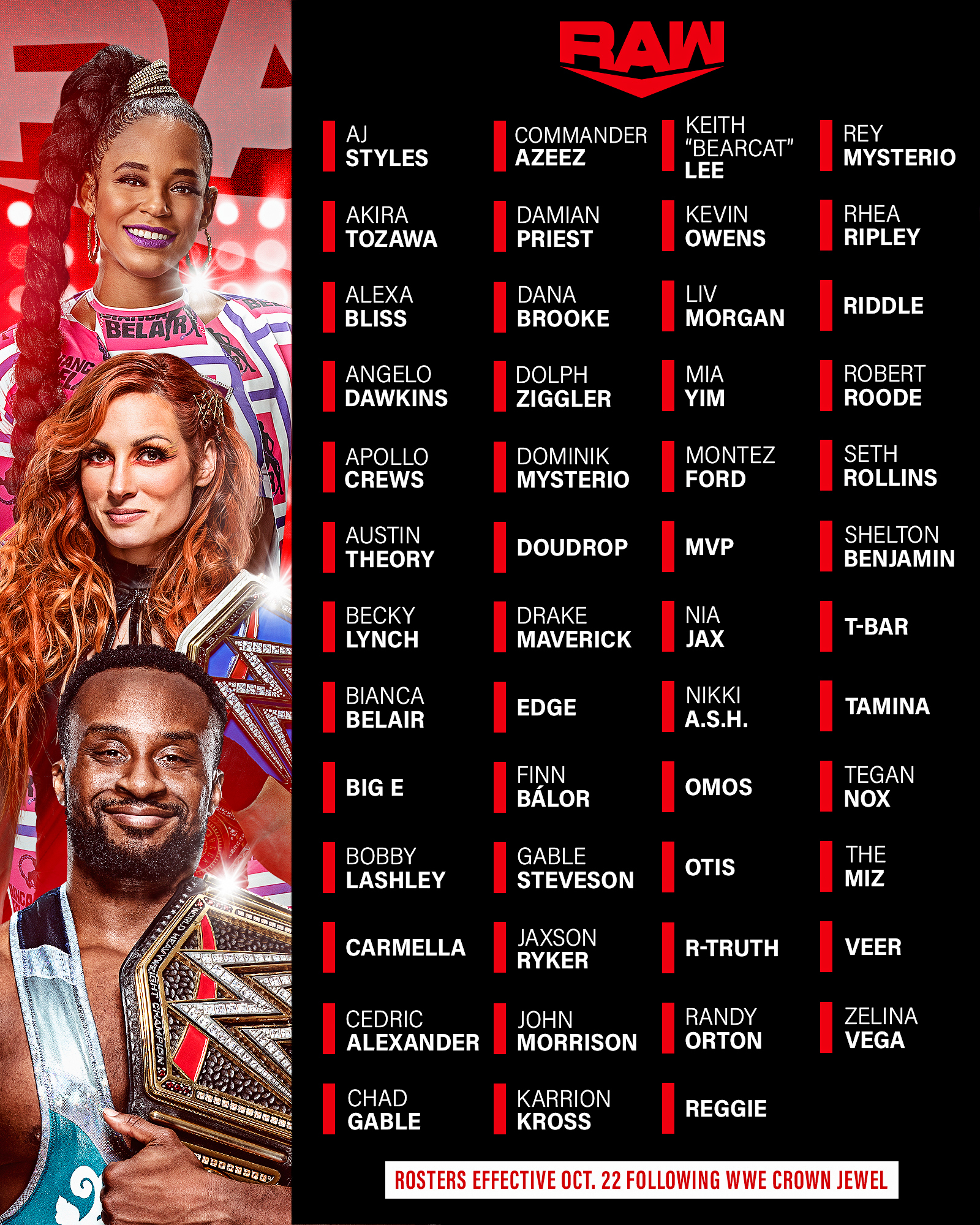 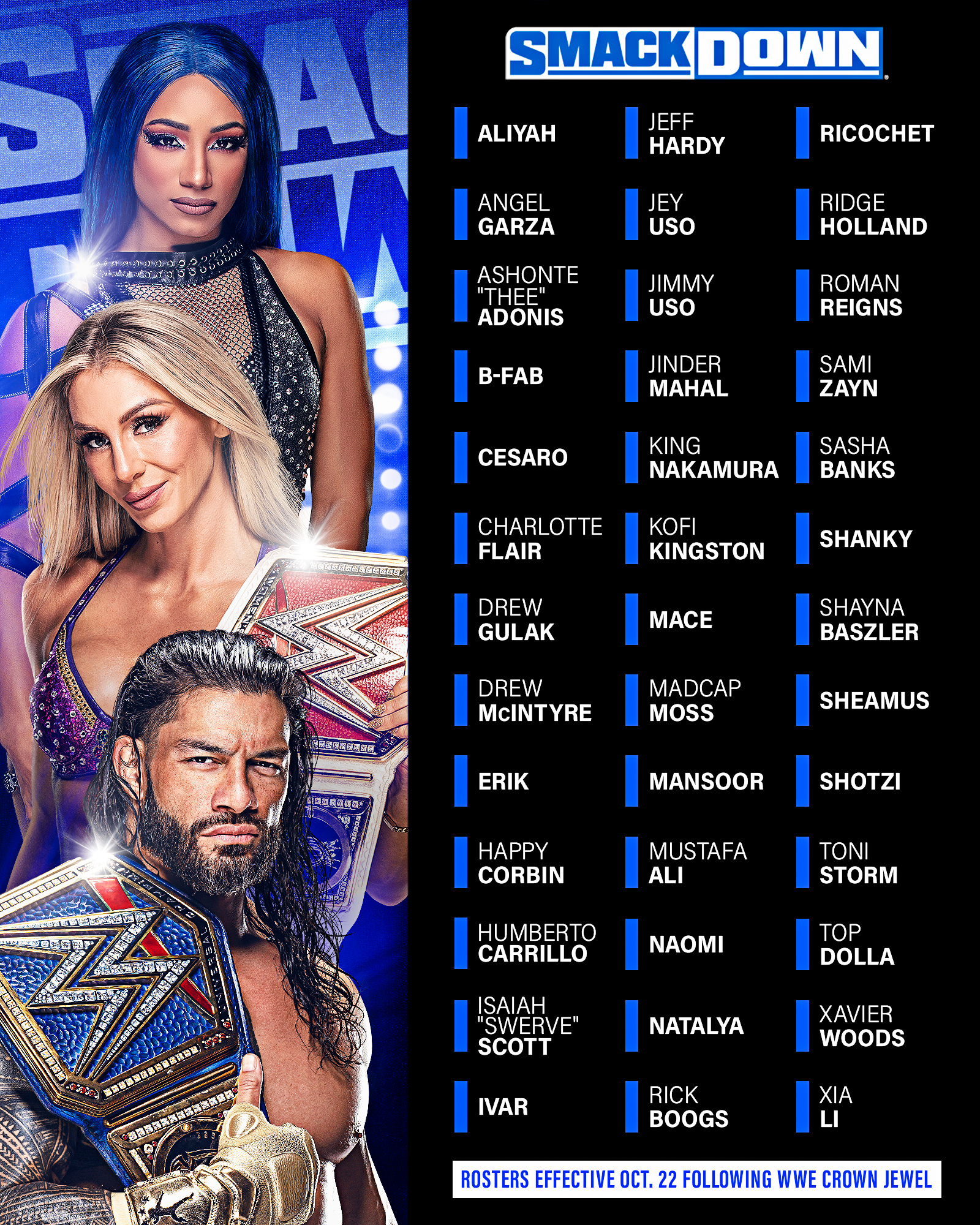 That appears to be all for this year’s WWE Draft. More thoughts and analysis coming on the draft picks later today on TJRWrestling.