The death of legendary WWE Hall of Fame announcer “Mean” Gene Okerlund led to an outpouring of love from the pro wrestling community including people that worked with Gene and those of us that didn’t know the man, but we loved and admired him. He was a likable guy that made professional wrestling fun during his run in the AWA, WWF/E, WCW and then back in WWE again.

Okerlund’s son Tor Okerlund told The Associated Press that Gene died early Wednesday at a hospital in Sarasota, Florida, which was near his home in Osprey, Florida. He was 76 years old. Gene’s wife Jeanne was by his side. The couple was married in 1964 and had two sons. Tor Okerlund noted that Gene had undergone three kidney transplants, he fell a few weeks ago “and it just kind of went from bad to worse.”

I wrote an exclusive column for Awful Announcing on the legacy of Mean Gene and the important role he played in getting stories over. I can’t post it here because it’s exclusive to AA, but I hope you will check it out.

During WWE’s broadcasts of NXT UK, 205 Live and NXT this week, they showed the above graphic of Okerlund honoring the WWE Hall of Famer. I would expect the same graphic to air before Raw and Smackdown next week as well. A video package is likely too.

Vince McMahon, the WWE CEO and Chairman that employed Okerlund from 1984 to 1993 as a regular interviewer and later in the 2000s as a studio host, commented on the loss of his friend.

It was impossible not to crack a smile whenever “Mean” Gene Okerlund entered a room. He was the voice behind so many of WWE’s most iconic and entertaining moments, and the WWE family will miss him immensely. pic.twitter.com/zbrkQAvtug

Jesse “The Body” Ventura told the Star Tribune that he was the one that gave Okerlund the “Mean Gene” nickname:

“In an interview, I laughingly called him ‘the Mean Gene Hot Air Machine,’ and the ‘Mean Gene’ stuck. I’m proud that I gave him a nickname that will stick with him forever.”

Ventura praised Okerlund for the great work he did in his career:

“The best at what he did, the best straight man interviewer in wrestling history. … Gene and I had a chemistry between us like no other. … Gene and I had a great rapport. He’s like a carnival barker. … He was the best salesman. And he never did retakes. … Ninety percent of the time if there was a screw-up on an interview, it was not because of Gene. That’s how good he was.”

Plenty of other wrestlers that worked with Gene or were simply fans of him chimed in as well with tributes to the great Mean Gene. I included several of them in yesterday’s post, but here are some more.

The best partner I ever had. We never rehearsed or did anything scripted from a writer. Gene would ask me “hey big man what do u want to do?” I would always answer “just follow you brother” and it worked from 1980 – 2017. RIP my brother HH pic.twitter.com/OBtn6NxT1E

I’m very sorry to hear that Gene has passed away. He was a good man and one of the greatest of all time. You will be missed my friend. pic.twitter.com/POLwK2bJ9b

Most people don't know Gene was going to be third man if Hulk decided not to. As long as I have a heart beat you'll be in my heart. Miss you so much already my friend pic.twitter.com/uvp5yok2rL

This 1st pic is last picture I took with the late Great @TheGeneOkerlund gonna miss you my friend 💥 Love You Man RIP💎 @JRsBBQ@HulkHogan@RicFlairNatrBoy DDP pic.twitter.com/QFWiLsaQIL

I’ll wrap this up with two more videos and a photo of Gene at the WWE Hall of Fame. 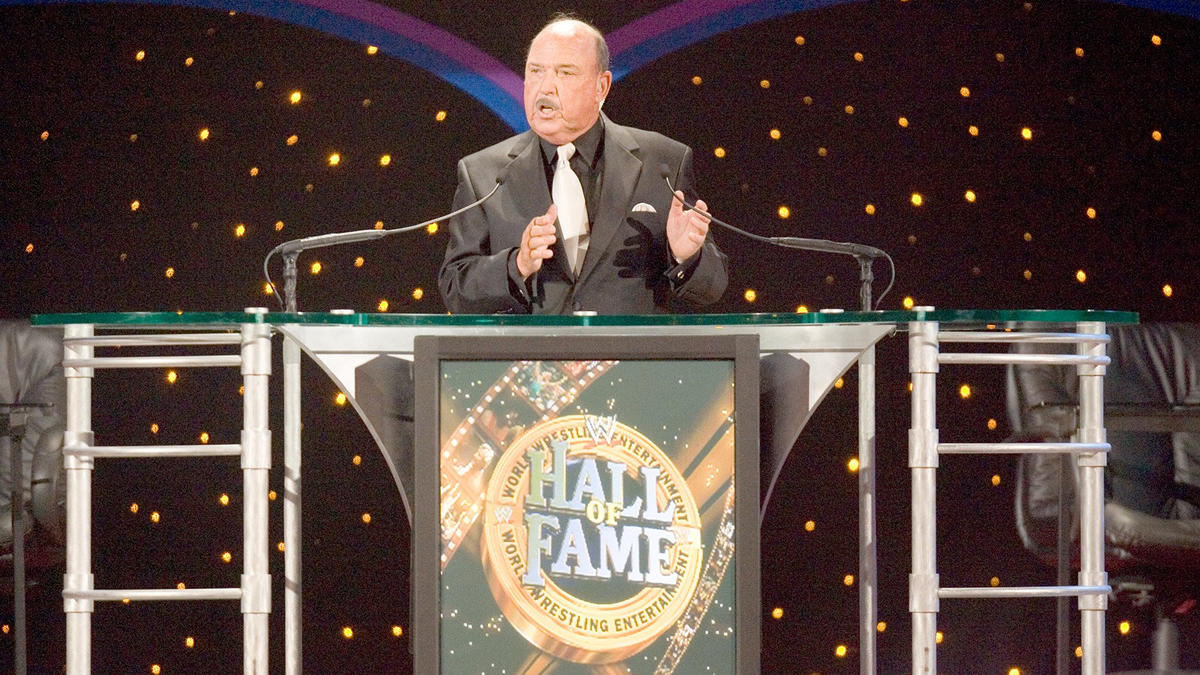