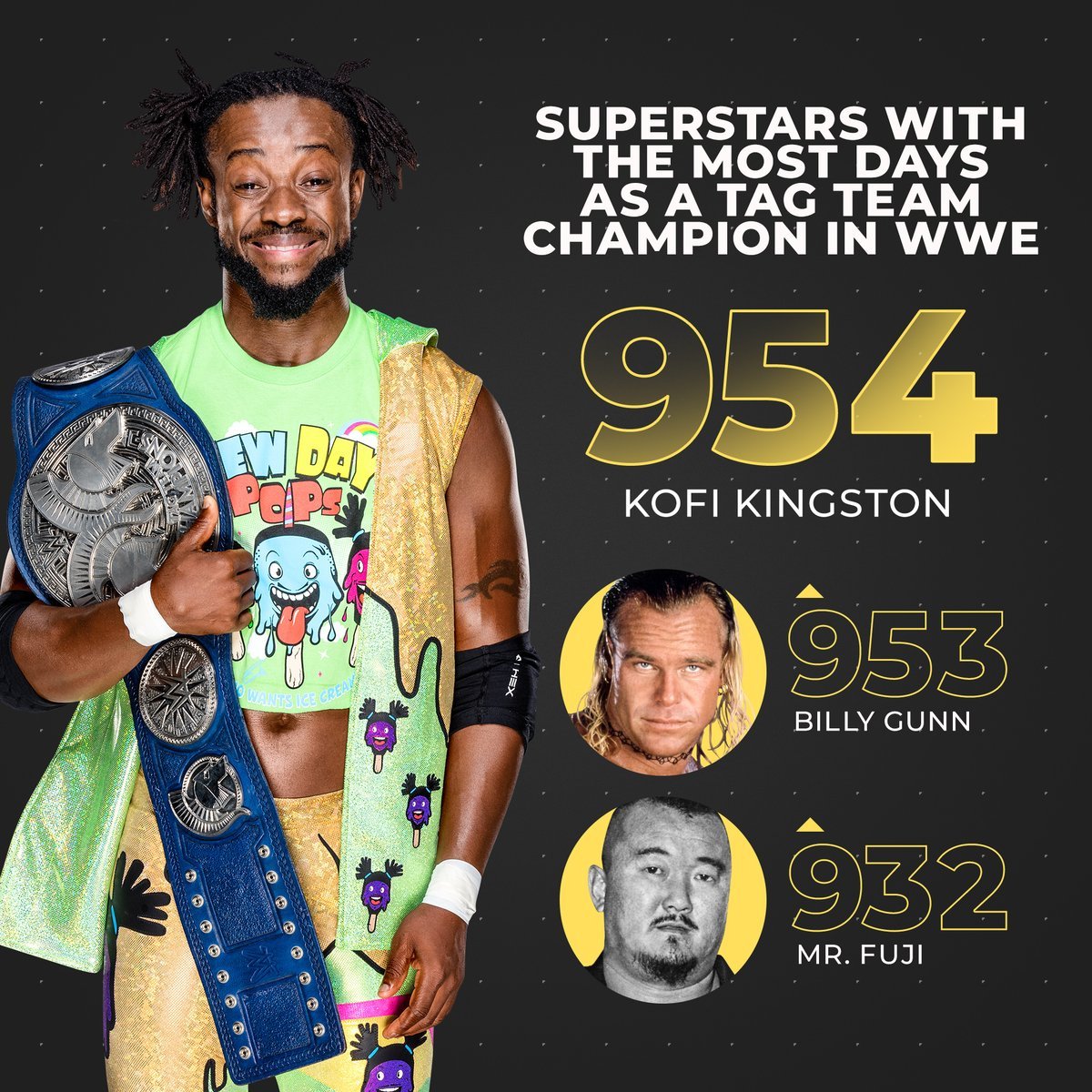 In addition to that, he’s also been one of the most durable guys on the WWE roster. He’ll be 38 years old this year, which some people might consider old, but I think he’s doing some of the best work of his career. As long as he can stay healthy, he can wrestle well into his 40s if he wants to.

Kingston was recently interviewed by the Canton Repository (that name sounds familiar!) to promote a WWE live event. Here are some of his comments.

Kingston on The New Day’s success as a group:

“The stars aligned, and our chemistry is unbelievable. When we go out there, we’re having genuine fun. We’re not just characters going out there acting like it; it’s actual fun we’re having, and people feel that energy and want to be a part of it. We’ve been traveling together for almost five years now, and we’ve never gotten into a fight ever. We all have the same interests and same hobbies, and we all want to be the best and at the forefront of sports entertainment in WWE. We’re fortunate to be in that position.”

Kingston on the importance of reinventing yourself:

“I think people get tired of seeing the same thing. As far as entertainment is concerned, we don’t have an offseason. You see us out there every single week. If you come out and keep doing the same thing, eventually people will get tired of it. Even legends in our business like HHH or Steve Austin or the Rock or Daniel Bryan, they’ve all had a wide spectrum of characters. If you want to stay in this industry, you have to be able to adjust and keep people’s attention and change it up when the time is right.”

Kingston on his future in WWE:

“Who knows, man? Who knows? I’m just trying to do this as long as I can. I’m still having a lot of fun. Being with Woods and Big E is definitely the most fun I’ve had in my career. I was talking to E about it the other day, and I said, ‘I thought I was having fun the first six years of my career.’ Then I met the New Day, and I realize what having fun actually means. It’s been amazing with these guys. We’re always looking for different ways to keep our finger on the pulse of pop culture and implement that in what we say and how we entertain. I can’t tell you where the future is gonna go, but I can tell you it will be fun.”

You can read more from Kingston’s interview with the Canton Repository here.

TJR Thoughts: I’m a huge fan of Kofi and I admire him for his longevity in WWE. It’s not easy to be as successful as he has been. I think the point about reinvention is very good and he listed some of the biggest names in the history of WWE that have known when to change things up and have a lot of success at it. Kingston should get a lot of credit along with Big E and Xavier Woods for how entertaining they have been as New Day. It’s been nearly five years and they always know how to entertain us. I hope there’s no split any time soon.