John Cena is a 16-time WWE Champion that is currently in the Vancouver area filming the TV show Peacemaker for HBO Max. Cena is the title character in the series. When Cena was on the Tonight Show with Jimmy Fallon recently, he gave us a bit of a preview of what his Peacemaker attire looks like. 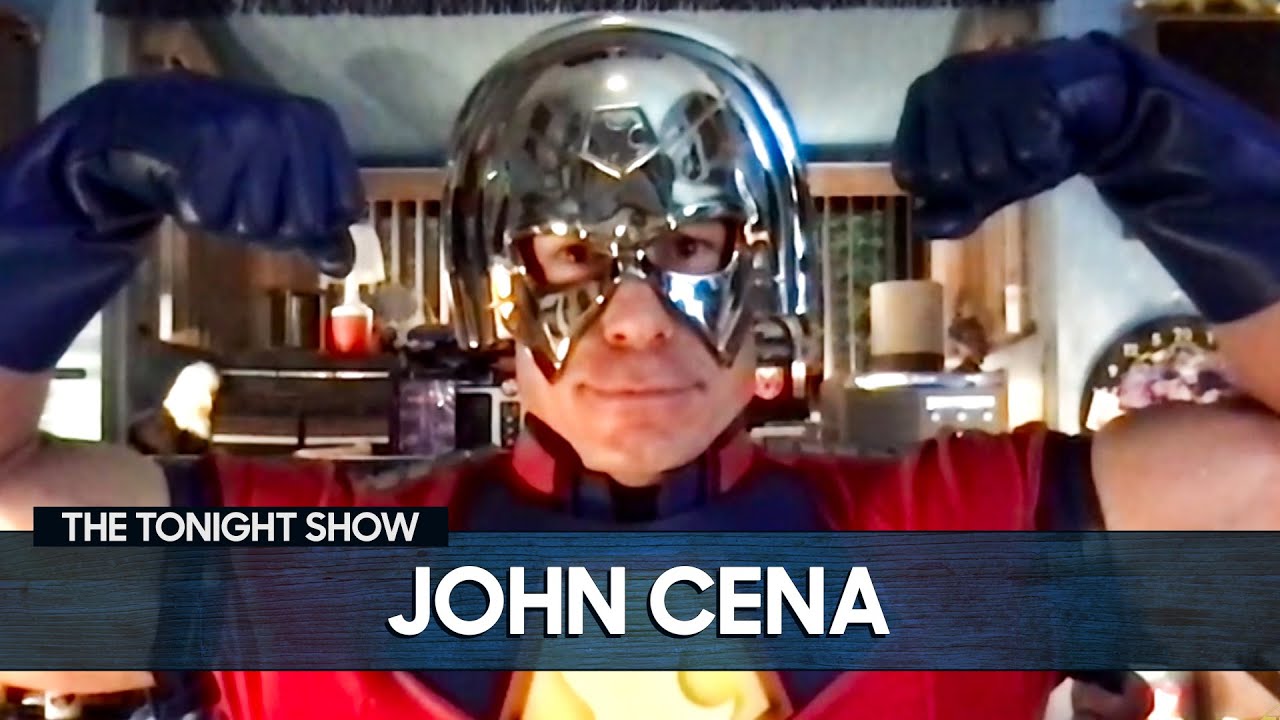 Cena did an interview with Forbes talking about WWE, his recent Super Bowl commercial and more. Here are some highlights.

Cena was asked about The Undertaker calling WWE’s product “soft” recently in a podcast with Joe Rogan. Before I get to Cena’s comments, here is part of what The Undertaker said:

“I try [to watch the current product], it’s tough right now for me. The product has changed so much and it’s kind of off. I’ll probably piss a lot of people off but they need to hear it. It is what it is. To the young guys [who think] he’s a bitter old guy, I’m not bitter. I did my time, I walked away when I wanted to walk away. I just think the product is a little soft. There’s guys here and there that have an edge to them but there’s too much pretty and not enough substance I think right now.”

“One of the big things that happened was that the generation before, we all got old at the same time so there weren’t enough guys to work with the young guys. That era of guys too, those were men. You go into a dressing room nowadays, it’s a lot different. I remember walking into my first real dressing room, and all I saw were some crusty f**king men. Right? Half of ‘em had guns and knives in their bags. Shit got handled back then, you know? Now you walk in, there’s guys playing video games and fucking making sure they look pretty.”

“It’s evolution, I guess. I don’t know what it is, but I just prefer…when men were men.”

Here’s how Cena responded to that.

“I guess I’ve viewed the WWE as a product outside of myself for a long time. I guess that’s why I was so interested in the business side of it from very early on in my career. In that, I’ve seen it evolve, but I’ve also been called ‘everything that’s ruined sports entertainment.’ I could look at the economics of it and make an argument that between myself—and the large amount of folks that carried on the roster beyond the Attitude Era into the Ruthless Aggression Era and the Reality Era—the fans of the Attitude Era certainly looked at our product as not what they’re used to, and it wasn’t. So I may have a bit of disagreement with Undertaker’s word choice because I don’t think it’s soft, I think it’s different.”

“I remember one of the first time Steve Austin came back during the height of the PG era, and he was just befuddled. Because Steve Austin goes out there and runs it. And if he gets stuck, he can curse, he can throw up some middle fingers, he can ask for a beer…but we took away three of the biggest clubs that he can hit with and told him to go out there and be himself. And he came back shaking his head and said ‘I don’t know how you do this!’ But if he had enough time, he’s a great performer, he could get used to it.”

Cena was also featured in a Super Bowl commercial for Mountain Dew. Here’s the commercial as well as his thoughts about it.

“Mountain Dew was a lot more forward thinking by saying ‘hey, we have all the eyes in the world on us. We want to create a platform that’s the most engaging, the most interactive we possibly can. How do we do it?’ They took a bold chance, whereas most times Super Bowl ads focus on a certain function, or lean heavily on comedy or cameos. I’m certainly very happy to be in a Mountain Dew [Super Bowl ad], the concept itself I knew had a tremendous set of legs if it took off, and the statistics showed that it absolutely was a success. I’m very happy, and I know all the people at Mountain Dew are very happy.”

As we have posted about before, Cena once again explained why he will likely miss WrestleMania 37 this April.

“Unfortunately, it’s out of my hands. Every other year except for this year has been completely within my realm. If this were normal times, I would 100% be there. I’d find a way to contribute somehow. I’ve sat in the crowd as a fan. I’ll do whatever the event asks me to because it means that much to me, and WWE means that much to me, but I’m in Vancouver shooting Peacemaker for HBO Max. It’s a spinoff series based on my character from Suicide Squad, Peacemaker. It’s an unbelievable opportunity, James Gunn has written the whole thing, he’s directing a bunch of the episodes. This is something that I’m inspired to do. Because of the quarantine law, if I were to fly to the states for Sunday on WrestleMania—which is totally possible—the complications arrive when I come back to Canada. Because then I would have to quarantine for 14 days and that puts production back more than two weeks, which costs a boatload of money, and that would be super, super, super selfish of me.”

Cena also made it clear that he loves the current WWE product.

“What do I think of the WWE product right now? I love it. I think it’s bold, it’s forcing people to take chances. Forbes did an article on me back in 2020 where I had said that I don’t believe that WWE will ever have a marquee star. And here we are, less than a year later, and I can blatantly say I was wrong. You wanna talk about being too close to the product? I was just too close. Having seen it, having lived it myself, I should have just realized that the company is in transition. It takes a long time—I would say it’s three-and-a-half years or more—to build a certain talent because I’ve walked in those shoes.”

“Now you have Drew McIntyre and Roman Reigns, Sasha Banks can be in that conversation, but it’s not what I said it was in 2020. It’s not a scattered fragment of Super Friends. WWE has just refocused, re-shifted and now is consolidating on marquee stars. They have their marquee stars, and going forward they will have their big names. As far as those names being larger than life, the enormity of their impact is up to the individuals themselves.”

There’s more in the Cena interview including thoughts on Tom Brady and other things.