This Sunday night on October 28, World Wrestling Entertainment presents Evolution from the Nassau Coliseum in Long Island (Uniondale), New York. It’s the first ever all-women’s pay-per-view in the history of WWE, so expect to hear the phrase “history making” a lot on Sunday night. What else can you expect? These are the matches that the company has announced. They also released info about the announce team, the ring announcers, the kickoff show panel and more, which I’ll list after the matches.

Trish Stratus and Lita vs. Mickie James and Alexa Bliss

Mae Young Classic Tournament Final – The semifinals air tonight on WWE Network. I won’t spoil the results, but after tonight, you’ll know the two names that are competing in this match.

It was originally announced that there would be a NXT UK Women’s Championship match, but there’s no indication that it will happen now. The NXT UK brand just started on WWE Network last week and I don’t know if the match is going to take place at Evolution. We should know more after NXT UK this week. 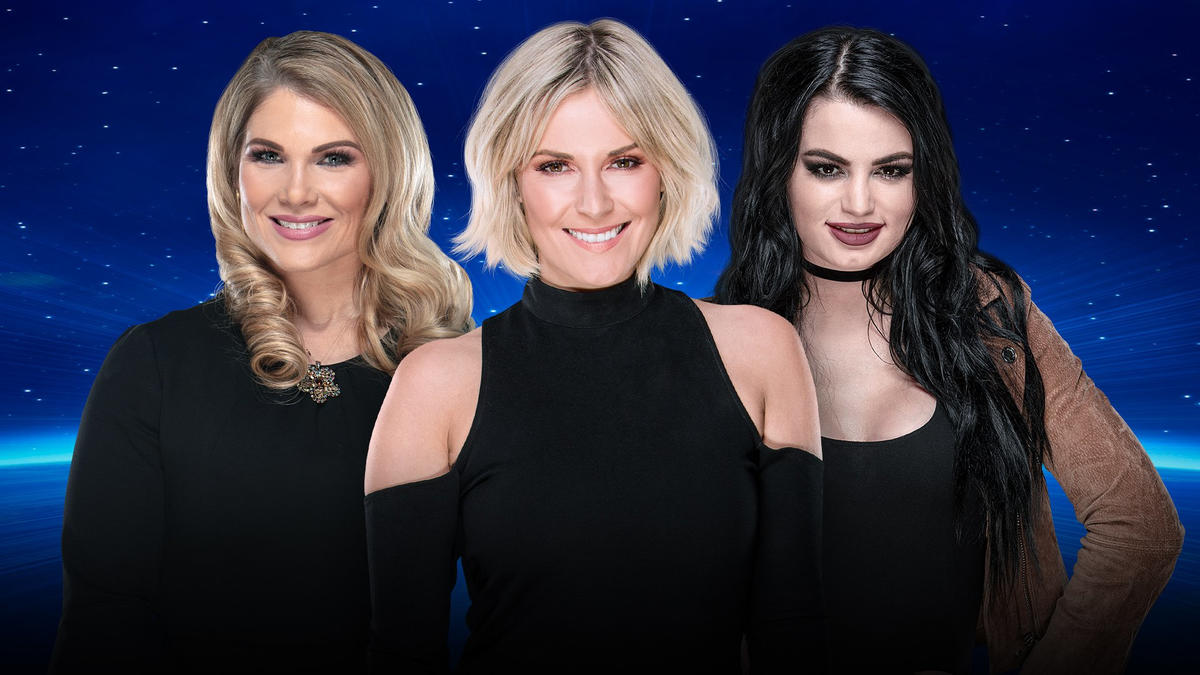 The announce team for the event was also announced with WWE.com calling it an “all-star announce team” although I don’t know if I would call it that. Anyway, here’s the info on that.

On the red carpet, Charly Caruso and Kayla Braxton will be looking to catch the grandeur of the event from the outside, with exclusive interviews being conducted by Dasha Fuentes, Cathy Kelley and Sarah Schreiber.

Then, when WWE Evolution gets underway, Renee, The Glamazon and Michael Cole will be on hand to call the action.

Ring announcers for the event will include Lilian Garcia, JoJo and Kayla Braxton.

I’m fine with that announce team. Cole, Renee and Beth worked well together for the Mae Young Classic, so they have good chemistry together. I don’t really have a problem with Cole calling the action for an all-women’s PPV. I guess WWE didn’t want to try Renee or somebody else in the play by play role. It is still an all-women’s pay-per-view in terms of the matches.

After I posted about this, Renee Young (who I have known for nearly a decade), tweeted me about it.

Yeah, just because it’s an all women’s PPV doesn’t mean we’re banning the men. We’re all celebrating the women’s achievements. And there have been men that have been a big help in the achievements that all of the women have made too. It’s a team effort. Equality = everyone😉

We will have a TJRWrestling preview of Evolution up on Friday afternoon.