Chris Jericho, the former AEW and WWE World Champion, was a guest on the Sitting Ringside with David Penzer podcast recently talking about a lot of things in his life and career. Here are some highlights of their discussion with thanks to WrestlingNews.co for the transcript.

The interesting thing about The Undertaker’s 30 years in WWE is that Jericho recently celebrated 30 years as a pro wrestler as well, so the two legendary veterans should be proud of their longevity.

Chris Jericho gave his thoughts on The Undertaker’s 30 years in WWE:

“It’s unbelievable to think that Undertaker and Jericho never had a singles match on PPV. I think we only had two single matches on TV ever. We just never crossed paths. I was always on SmackDown when he was on RAW and vice versa. We had a great Elimination Chamber match and a couple of other multi-team matches, but we never had that great singles match which is one of those things that it blows my mind that it was never booked.”

Jericho spoke about the respect that The Undertaker had in WWE:

“Everybody respects The Undertaker. Guys like to consider themselves locker room leaders. A lot of guys even claim to be locker room leaders. No real locker room leader says they are the locker room leader. They just are and everybody knows it. I don’t care if you are JBL at the height of being a bully, or a Brock Lesnar, or Triple H, or whoever it is. The buck always stops with The Undertaker. He was a pleasure to be around and also in the ring is one of the greatest characters of all time. He completely knows what his character and gimmick is. It’s one of those things when you’re standing in the ring and you hear what I call the Taco Bell Ring and the lights are out, you really do get goosebumps because he comes to the ring so serious. There is no joke. There’s no f***ing around. Even to the point of if you watch him walk, he never turns his head. He only turns his whole body. He walks the steps and stops and turns. He is really committed to everything he does. For a guy that big to work like he did, or does and incorporate that character that on paper, you are a dead man. If it was a lesser hand, it could have been a one and done gimmick. Instead, he ends up being one of the greatest, if not, the greatest character in WWE history.”

Jericho talking about his song “Judas” that he also uses as his theme song in AEW:

“On iTunes, we are getting really close over probably the next 6 months where Judas is going to go gold. A gold record in this day and age is almost impossible. It’s not based on sales. A gold record before was based on 500,000 units for the song. Now it is based on 75 million streams.” 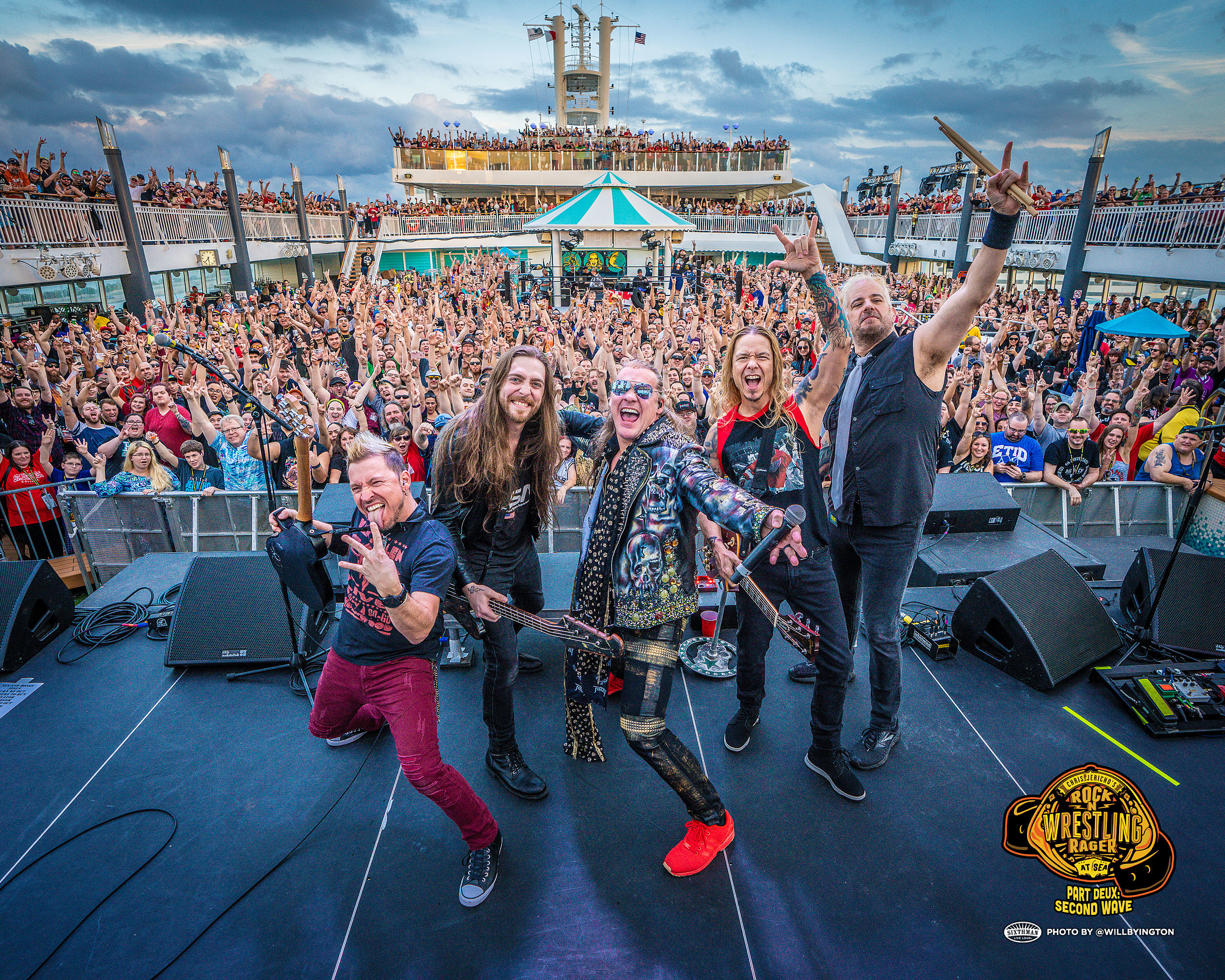 “We had great chemistry right off the bat. We had fun. We realized we had something. Tony Khan liked it. Now we know whenever Jericho can do commentary. The idea is to do more and then whenever I stop wrestling, whenever that is in 2097, I can see myself doing commentary full time and enjoying it because I know what to do. The idea is to get over everybody, not just yourself. That is what I try to do.”

You can find the show on Apple Podcasts, Stitcher, TuneIn Radio, Google Podcasts, the iHeartRadio app, and now on Spotify!

You can listen to the whole interview above.