The second week of AEW Dynamite on TNT takes place tonight from the Agganis Arena in Boston, Massachusetts. Check out my review of last week’s show here.

Here’s a rundown of the advertised matches with some quick predictions for each match. 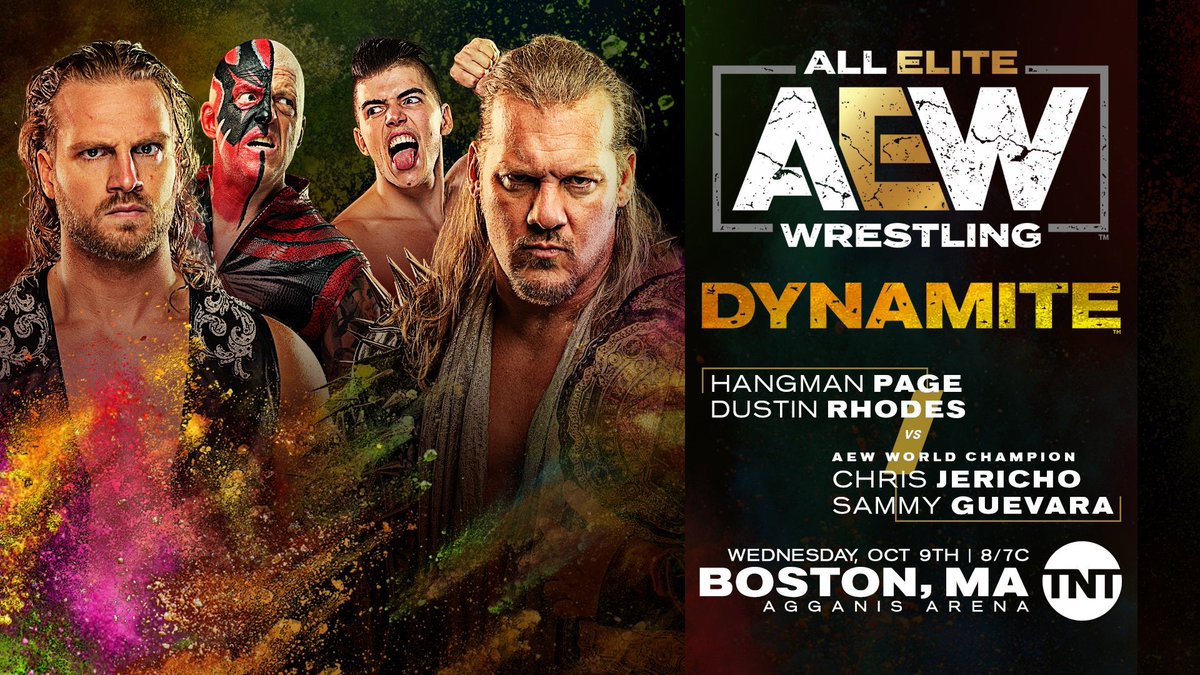 This is expected to be the main event after what happened last week on Dynamite when Jericho, Guevara, Santana, Ortiz and surprise new AEW wrestler Jake Hager (former Jack Swagger) attacked the babyface wrestlers Cody, The Young Bucks and Dustin Runnels. On this week’s Being the Elite show, Page explained he was backstage and wasn’t able to get out there to help his friends. That makes me think maybe Page is turning heel on his buddies to join the heel group, but with five guys in the group, they don’t need to add more. I’m just saying it’s a possibility.

I’ll go with Jericho and Guevara winning by getting the pin on Rhodes, who is the oldest active wrestler on the AEW roster at 50 years old. Jericho is only a year younger. Both guys can still put on good matches.

I would be surprised if Jon Moxley lost this match. Moxley is one of the top guys in the company and he needs the win after not being able to wrestle at All Out in August due to an elbow infection. Spears could use the win too, but this is about putting over Moxley. Both guys are former WWE guys that are also married to WWE women (Moxley with Renee Young and Spears with Peyton Royce). It should be a competitive match with Moxley winning after about ten minutes. 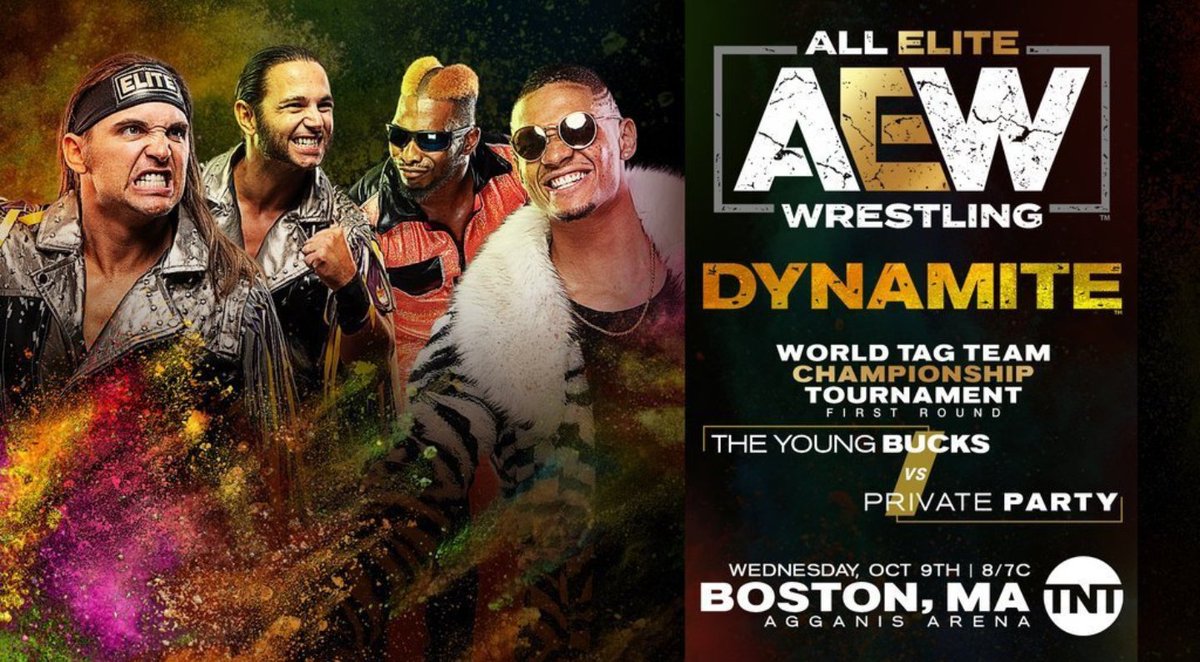 It’s tough to pick a winner here because they’re both around the same level as hardcore style wrestlers. I’ll go with Allin because he was impressive in having a draw with Cody earlier in the year and I think AEW wants to feature him more.

Do I expect the winner of this match to beat Chris Jericho for the AEW World Title next week? Absolutely not.

The only women’s match on the show needs to be something that builds up a title contender for Riho. I think Baker and Riho, the babyface team, is going to get the win and then Baker is going to challenge Riho to an AEW Women’s Title match at Full Gear on November 9. They are both faces, but I think it makes sense to do that match since AEW wants to push Baker.

That’s all for the matches on the show.

It’s going to be interesting to see how AEW on TNT does in terms of viewership this week after an impressive 1.4 million showing (compared to 890,000 for NXT on USA Network) last week. I think those numbers should be around the same this week and they also get more viewers on the replay as well.

I will be back tonight with a review of AEW Dynamite. It might be live, but if it’s not then I’ll probably get it posted later in the evening. Sometimes things happen in life and I don’t have two free hours to write live, but I’ll try my best tonight.