The next edition of AEW Dynamite takes place this Wednesday, October 16 from The Liacouras Center in Philadelphia, Pennsylvania. It airs on TNT in the United States, TSN 2 in Canada and elsewhere around the world.

It seems like AEW has settled on doing five matches every week because that’s what they are doing again this week, which will include two title matches.

Allin defeated Jimmy Havoc in a match last week on Dynamite to earn the AEW World Title match. If Allin wins, he will likely replace Jericho at AEW Full Gear on November 9 and defend the AEW Title against Cody Rhodes. I would very surprised if Chris Jericho lost this match. 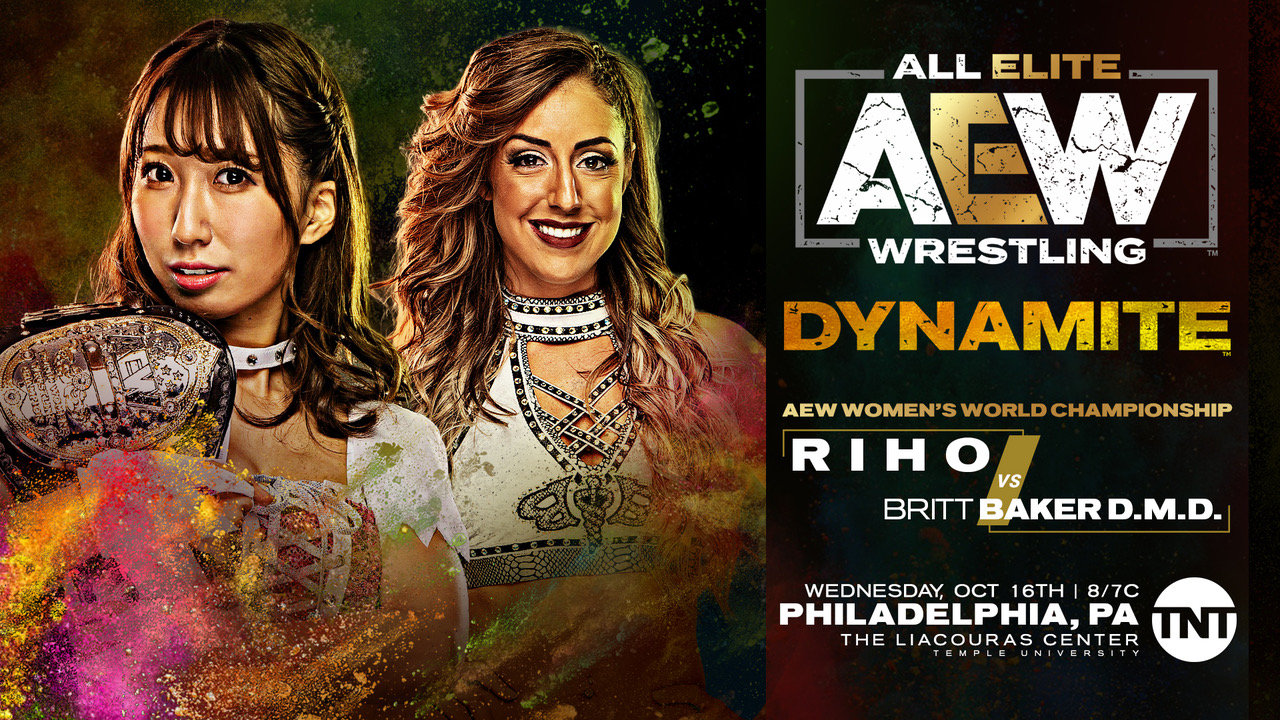 Did you know Britt is a dentist? The AEW announcers will mention it 47 times during the match. I’m not anti-dentite (Seinfeld reference), but if they mentioned it less that would be cool with me. Anyway, Baker got the pin in a tag team match with Riho as her partner, so that’s enough to get Baker a title match. 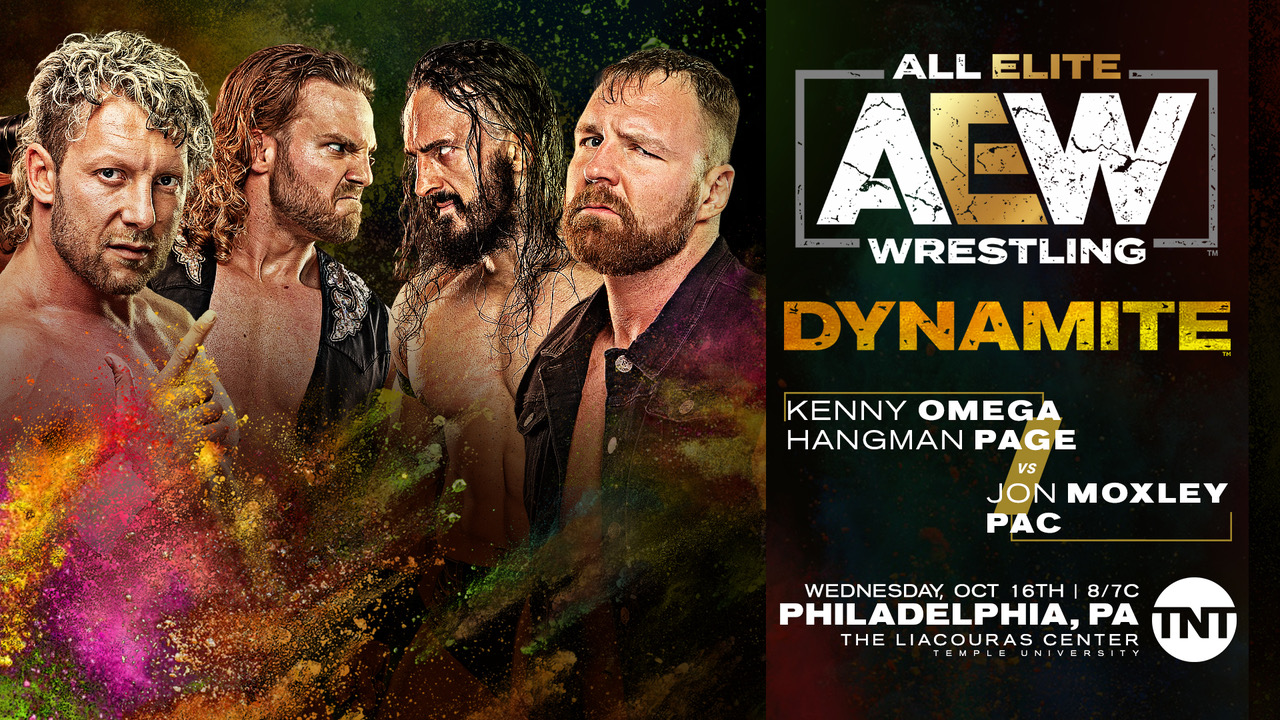 Moxley and Omega will have a match at Full Gear on November 9, so it’s a chance for them to et in the ring together to show us what they can do. Pac attacked Omega from behind last week on the ramp when Omega was focused on Moxley, so Omega will want revenge for that. As for Page, he lost to Pac on Dynamite two weeks ago. 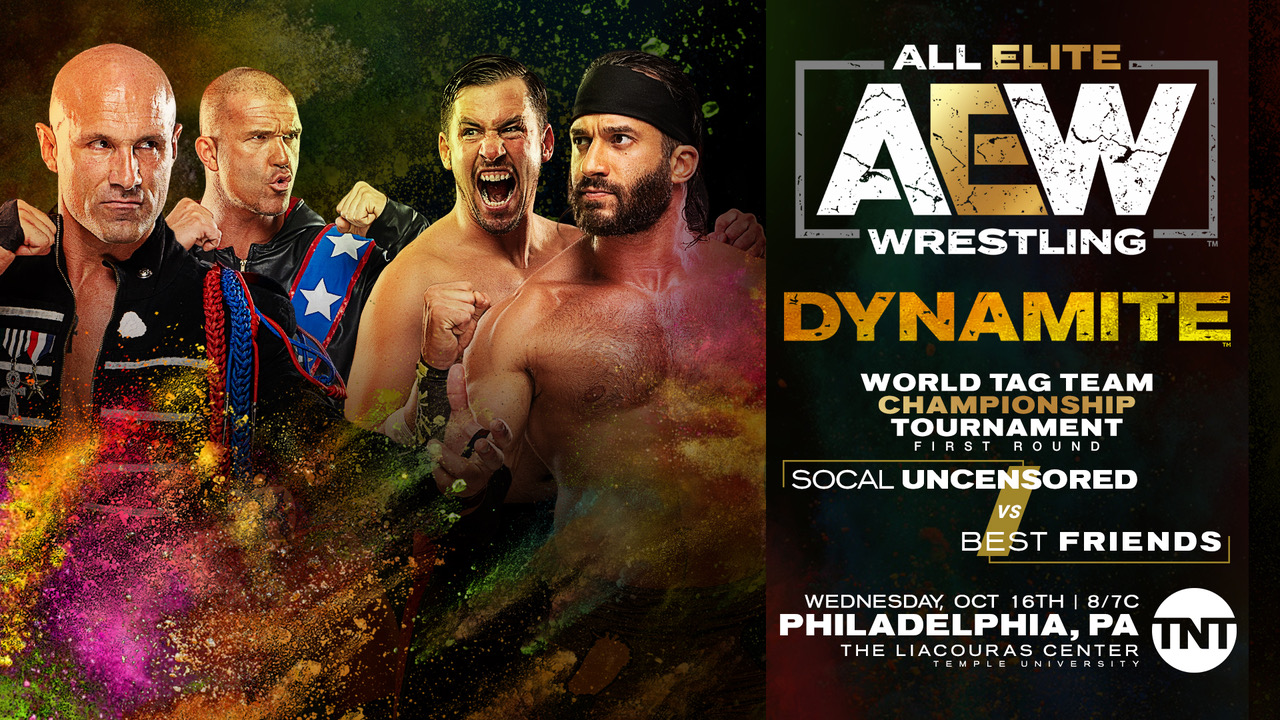 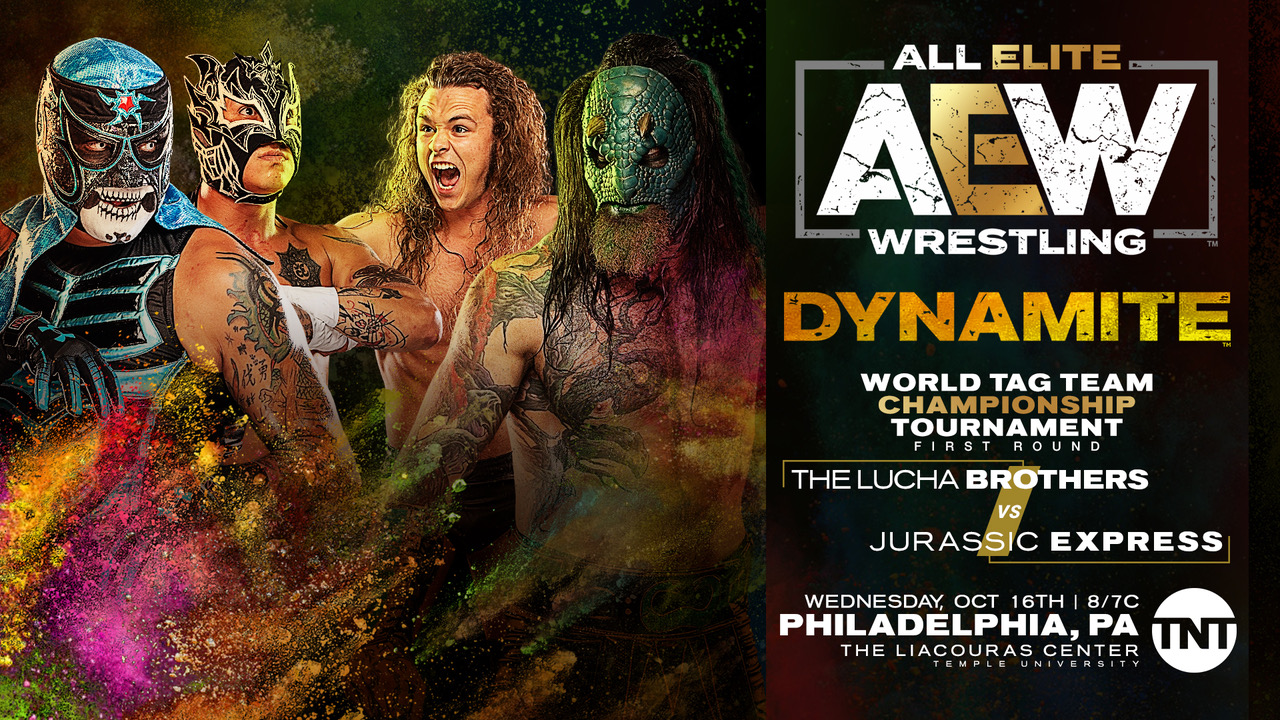 This will be an interesting match in terms of in-ring styles and looks of the teams. As I said, I think The Lucha Brothers have a legit chance of winning the AEW Tag Team Title tournament, so I would be surprised if they lost this match.

It was also announced that former ECW/WWE wrestler and WWE/TNA Impact announcer Taz is going to be doing announcing for the AEW Dark show that will be taped this week. AEW Dark is a one hour Youtube show that AEW posts on the Tuesday following Dynamite.

It’s not known yet if this will lead to Taz getting a regular announcing job in WWE, but he’s certainly a guy with a lot of experience. Since AEW Dynamite TV seems set with Jim Ross, Tony Schiavone and Excalibur, there might not be a spot for Taz in the company. Anyway, Taz tweeted the above AEW produced video about his AEW appearance.

I will have a review of AEW Dynamite on Wednesday night. You can check out my reviews of the first two AEW TV Dynamite episodes right here in case you haven’t read them yet.