The first All Elite Wrestling show on TNT will take place on Wednesday, October 2 in Washington, DC. The tickets for the show go on sale this Friday and you go to AllEliteWrestling.com for more info.

What we don’t know as of yet is what AEW’s TNT show will be called. The rumor has been Wednesday Night Dynamite, but it’s not confirmed. We could know the name by the end of the week.

In order to build up anticipation for the ticket on-sale date on Friday, AEW has announced two matches so far.

Yesterday, they announced Cody will face Sammy Guevara at the October 2 show. Guevara is one of the young, exciting superstars that AEW has signed that is an unknown to a lot of wrestling. It’s a good chance to showcase what Sammy can do against an established opponent like Cody. 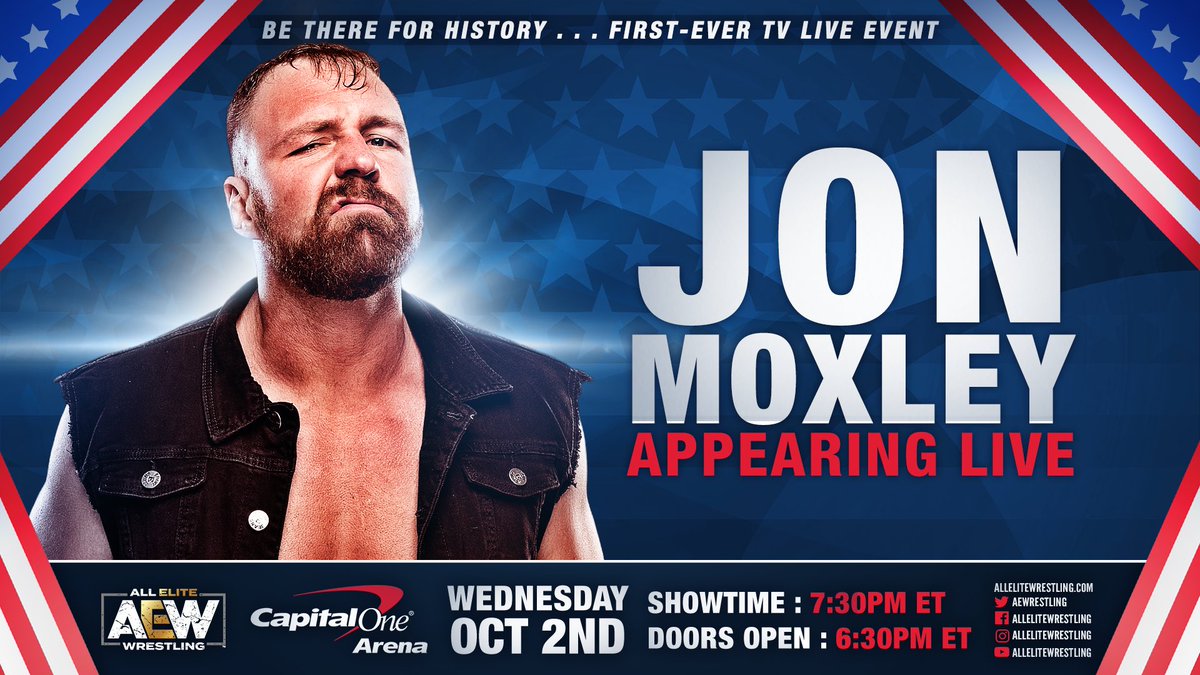 It was also announced that Jon Moxley will be appearing live at the first AEW on TNT show.

Today, another match has been announced for the AEW on TNT debut with The Young Bucks teaming up with Kenny Omega against Chris Jericho and two partners of Jericho’s choosing. Jericho is the top heel in the promotion, so it’s expected that he would pick some heel teammates.

Jericho, who will celebrate 30 years in the wrestling business in October, clearly knows how to promote a match like that because of his “you’re not gonna believe who I’m planning on bringing in” line that is a standard wrestler tease.

TJR Thoughts: It should be an awesome six-man tag team match. There will be a lot of rumors over the next two months with names from WWE to guys in Japan to others that haven’t debuted in AEW yet. I think it would make sense if PAC (former Neville in WWE) was one of the guys, but I’m not sure who else it would be.

The next major AEW pay-per-view event is All Out on August 31 in Chicago. Here’s the advertised lineup so far.

There will be more matches added in the next month.

Last but not least, I want to congratulate a friend of the site (and my fellow Canadian) Chris Van Vliet for being hired as an announcer for AEW. Chris is a lifelong wrestling fan that started out as a wrestler, then had a lot of success as an entertainment reporter and now he’s going to work for AEW. I’ll miss his interviews with WWE stars becaue he did a great job with those and I assume WWE won’t grant him access anymore, but I’m excited about his future. Here’s what he posted on Instagram.

That’s all for now. Thanks for reading.