This week’s episode of AEW Dynamite airs tonight at 10pm ET/9pm CT on TNT in the United States. It was pre-empted on Wednesday night due to an NBA Playoff game that aired on TNT. There are no NBA games on TNT tonight (ESPN has two games while ABC has one game), but TNT has chosen to air Dynamite at 10pm ET so that it follows WWE Smackdown on Fox. This week’s Dynamite is the final Dynamite episode before Sunday’s Double or Nothing pay-per-view.

Here’s what matches AEW has advertised for tonight’s show. 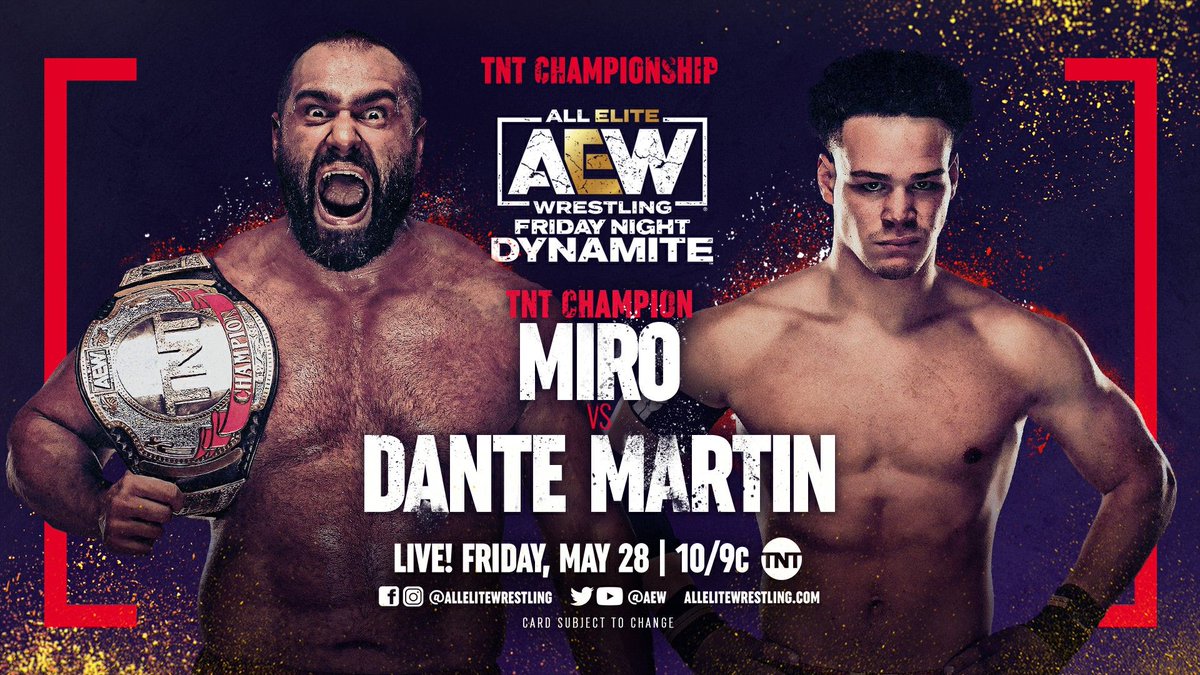 * Darby Allin (with Sting) vs. Cezar Bononi (with Ryan Nemeth)

Here are the non-wrestling segments that AEW is advertising for tonight’s show. 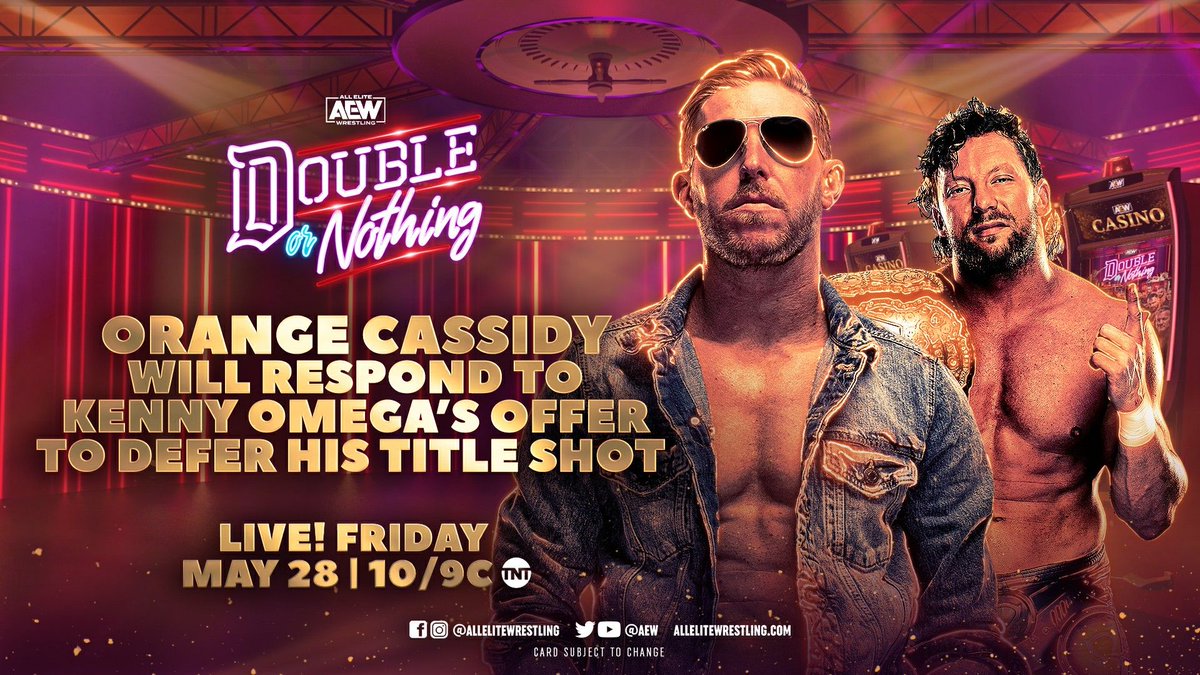 * A celebration of the Inner Circle hosted by Eric Bischoff

TJR Thoughts: I think this is one of the weakest lineups they have ever had. All of the matches feature guys wrestling on the PPV against guys not on the PPV, so the guys not on the Double or Nothing PPV will be doing the job.

My current plan is to not review AEW Dynamite this week. I might do a results post tomorrow, but that’s it. I’m busy with a live Smackdown review tonight and then the Double or Nothing preview. We will have an in-depth Double or Nothing PPV preview posted on Saturday around noon. I will be back on Sunday night for a live review of Double or Nothing as well.

Speaking of Double or Nothing, here’s the full lineup for Sunday’s show.

Sting & Darby Allin vs. Ethan Page & Scorpio Sky – This will be Sting’s first match live and in a ring in nearly six years. AEW has specifically stated that it won’t be a cinematic match. It will be a live match in the ring.

You can watch AEW Double or Nothing on Sunday night on pay-per-view.