Firstly, I hope you all had a wonderful holiday season and joyous new year. I began 2018 by dedicating a corner of our home to writing and so far have been doing this every day this year, one of which were my contributions to the TJRWrestling Staff Predictions. Hopefully, I’ll get more than 1/5 correct – even if that one was a very generous mark from our leader John Canton – thanks John. Anyway, it’s a new year and hopefully a fresh start for the WWE in what traditionally becomes their busiest period when the Road to Wrestlemania really comes into view. One thing I noticed from this week’s Monday Night Raw was the distinct lack of boos for one Roman Reigns. Could this be the year the silly barracking of one of the best workers on the roster finally ends, or was it because the show was near his hometown?

Those who read my work know I’m not a Roman hater. I’m a fan of the guy, although he’s not my favorite of all time (that would be Shawn Michaels) nor my favorite currently (that would be AJ Styles). Why I do like him is that he’s a hard worker and a serious talent. His matches aren’t squashes, he leaves a little in there – and I think his matches are better when they’re more physical – and he doesn’t always win. I never liked Stone Cold all that much in his heyday because he usually always won, no matter the odds. Reigns isn’t winning all the time, every time. He loses and in big matches too.

I’m not a ‘smart fan’. I’m not a ‘mark’ or a ‘smark’. I’m just a fan of wrestling. I like WWE. I like watching WWE programming. I’m not pigeon-holed or labeled as a particular type of fan, and I don’t like when others typecast one demographic or group of followers of the product and classify them as this or that. You can like WWE and enjoy it. You can like WWE and gripe about it. You can hate WWE and never watch it. Who cares what other people think? You can just be you and follow no crowd or path. Do what you want to do, cheer for who you want to cheer for. Boo who you want to boo, but please don’t boo someone because it’s perceived as ‘cool’ to do so, or to follow the crowd. It’s not cool. It grows stale real quick.

You’ve probably noticed that I’m insinuating that a certain section of the WWE Universe gets on my tits nerves, and you’d be right. Much the same as hearing the same inane, moronic chants that go on during the televised darts (the recent PDC World Darts Championships gave some prime examples), I abhor stupid chanting and noise that WWE has been experiencing for years. The notion that it’s somehow funny to vote Roman Reigns the worst wrestler of the year in an online poll isn’t what wrestling is about. It’s not funny. You seriously expect people to believe you when you say he’s the worst on the roster? That his 2017 was worse than oh, I don’t know, Randy Orton, Bo Dallas, Titus O’Neil, Heath Slater, Mojo Rawley, Alicia Fox and Dana Brooke amongst others? They all had more main events than him, right? They were on more PPVs than him, right? They were part of one of the best-loved factions in recent memory, right? They’re all better wrestlers than him, right? 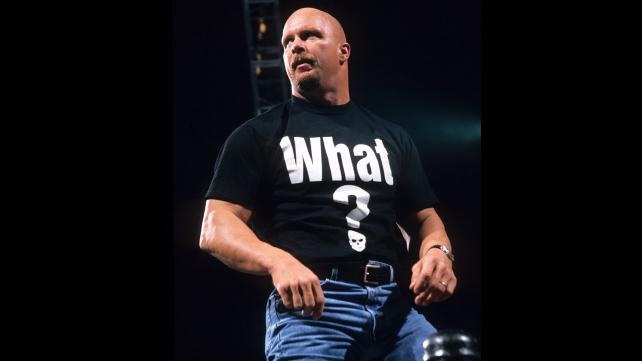 It’s not purely the anti-Roman stuff that I want to see banished in 2018 either, it’s the stuff that’s so old, tried and boring, it needs to be consigned to history (no, not Vince McMahon). Case in point; the ‘What’ chants are getting so dull and annoying that I fast forward when they start on almost every promo on TV, and I love me a good promo. That thing needs to be buried in a casket match and laid to rest. Steve Austin retired from wrestling in 2003, fifteen years ago. He stuck around as a GM for one, maybe two years more before leaving for good – despite the odd cameo here and there. It’s time to let go of the ‘What’, people. It’s time to usher in a new era. Oh, and while you’re at it, take the ‘CM Punk’ chants with you too. He isn’t coming back anytime soon.

I’m sorry if this comes across as a grumpy rant, right after the season of goodwill to all men, but I seriously believe that 2018 is going to be an epic year in not just for WWE, but in professional wrestling as a whole. Chris Jericho and Kenny Omega just kicked off the New Year with a match of the year contender – and that was on the 4th of January. We’re about to witness the first ever Women’s Royal Rumble. We’re in Wrestlemania season and the roster is stacked with some of the best talent WWE has ever had. There’s the possibility Ronda Freaking Rousey is going to be part of it. We may see AJ Styles versus Nakamura at Wrestlemania. We may see Braun Strowman crowned a champion. We may see the Undertaker headline the 2018 Hall of Fame. This year could be one of the best in the history of professional wrestling, so how about we start afresh and give it a chance? Leave the tired chants and ‘cool’ booing in 2017, back in the past where it belongs. I’m optimistic for WWE right now. Let’s not spoil it. Let’s enjoy it. It’s gonna be awesome.

As always, thanks for reading.