I know, I know. I’ve already written about Sting. I wrote about Tough Enough though, so that gives me carte blanche if I want to write a follow up on someone. Moreso, the man has been one of my heroes for going on 27 years now, so I can go ahead and let you know this won’t be the last piece on him either.

On the heels of Night of Champions and the unthinkable happening of Sting getting a WWE World Heavyweight Title match, he’s opened up in a couple really good interviews. (You can see a little discussion of one he did for the Houston papers here.) There was one with Rolling Stone however where Sting really opened up and didn’t hold back on what were some really good questions asked. You want to know what Sting thinks about being brought in to lose? He’ll tell you. Want to know why he put over Triple H so strongly in a program not involving Triple H? He’ll tell you that too. I’m going to dive into a few quotes of his and dig into what his answers tell us.

When asked if he made it a point to go against younger wrestlers and not just legends on equal or superior status to him: “To be straight with you, no. Although, man, if presented to me, I would wanna walk through that door… Everything is always subject to change, and you never know what’s gonna happen next. It was unexpected for me too, but again, the door opened, and I chose to walk through it.”

I love this attitude from Sting. It says a lot about him that he’s open to change and just wants to be showcased in any way. He checked his ego, if he had one, at the door when he signed with WWE. He made no bones about the fact that he wanted to go against Undertaker at a WrestleMania. But that’s not what WWE had in mind, and he decided to put his trust in them and take any opportunity they had. It’s worked out. He’s insanely popular and his merchandise sells like hotcakes.

When asked if he felt he put over Triple H too strongly on RAW: “I don’t think there’s anyone who’s going to carry all that to Night of Champions and think about that, because the bottom line is, my focus is Seth Rollins. Triple H is Triple H, and he’s worth the put-over.”

I’m glad this question was asked because that’s all anyone took from his promo was that it was basically a Triple H ass kissing. I really thought we were past the point where we accuse Triple H of needing to be put over strongly in spite of everyone else. Let’s not forget that at the end of their match at WrestleMania, they shook hands and showed a sign of respect to each other. Sting was referencing that moment in his promo. Not to mention that clearly Rollins is designed for a match with Triple H down the road and Sting helped plant a couple seeds for that.

When asked if losing to Seth Rollins paints a picture that he was brought here to put over others and not to increase his legacy: “I had my time. There’s no question about that. For a guy my age to be where I am right now is, to me, next to impossible. And yet, I’m here. It’s not about Sting, not anymore. You’re asking a straight-up question, I’ll give ya a straight-up answer. That’s it, and I am just fine with that.”

This is the money quote. As such a huge Sting fan, I’m just as guilty as anyone of not wanting to see Sting lose his first two high profile matches. If it was up to me, Sting would win the title on Sunday and hold it until he retired. I’m biased like that. Hearing Sting speak like this though, it really opened my eyes and shows how Sting sees his role in the company. His legacy will be intact no matter what. The fact that he’s in WWE period ensures that he’ll have a legacy. He’s here to make the company better and everyone around him better, and he’s doing a great job of that. 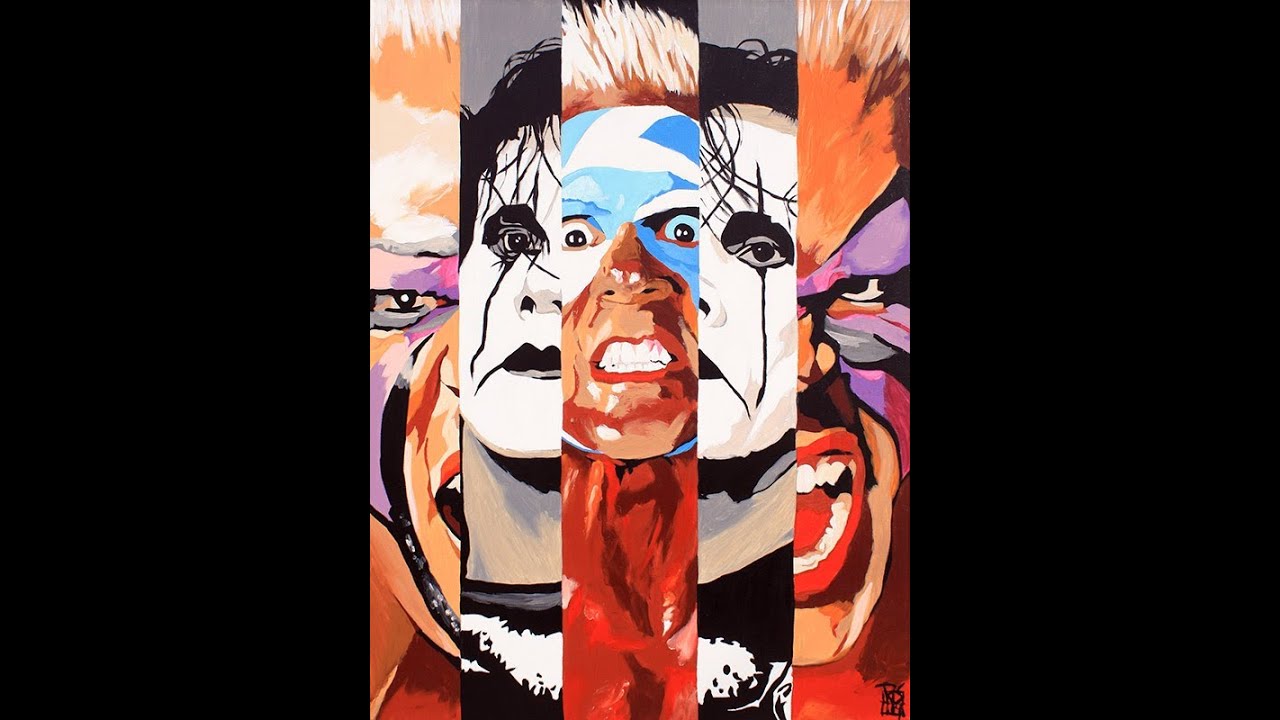 When asked how does he know what persona of his character to bring out at any given time: “Joker Sting – some people loved it, some people hated it. To this day, some people say, “I wish you’d go back to the blond flat-top haircut.” Don’t have enough hair anymore for that. That ain’t gonna happen. No more neon colors. And some people just want the Crow, and, “Oh, just go up to the rafters, we wanna see that again.” You can’t please everybody all the time”

I love “Joker Sting”. I thought that was tremendous in TNA and I thought the little hints of it he displayed when he was teasing Rollins with his statue was also great. I found this quote to be so interesting, because I don’t know one person who’s clammored for him to go back to the “surfer” Sting with the blonde hair and bright paint/outfits, yet he brings it up and shoots it down for the hell of it. As much as that version of Sting is what drew me into wrestling and drew me to him specifically, there’s just no place for that nowadays even if he could pull it off.

Lastly, when asked if he regrets coming to WWE:It has been gratifying. After 30 years, I’ve learned to really appreciate the fans and the wrestlers and everybody in the whole industry a lot more.And the fans are so respectful, so there’s a much higher level of appreciation now than there ever was.

I’m really happy for Sting. I know it ate at him whether to ever finally go to WWE or just be satisfied with what he was doing in TNA and just let people remember him however they decided to remember him. He needed to be here though. As I stated above, WWE ensures that he’ll have a legacy now. His work will be immortalized forever in DVD sets, action figures, merchandise, video games, etc. There’s no end to the possibilities.

I encourage everyone to check out the full interview here as it has a some more great details like how he stays in shape and what he’s thinking when he’s working out for a match. Sting is in full control of his career and wherever WWE takes him, he’ll be ready and willing. Let’s enjoy the ride for what it us because The Man They Call Sting sure seems to be doing just that.