Welcome one and all to a special installment of the NXT Spotlight here at TJRWrestling. NXT TV for the second week in a row is doing a “bridge” episode, as I like to call them, as they did not have any tapings from Full Sail before this week. Last week they did Keith Lee defeating Kona Reeves and Mia Yim defeating Bianca Belair again in the pre-Takeover matches. This week was filmed from a recent NXT road trip. We saw Candice LaRae and Io Sharai take on Jessamyn Duke & Marina Shafir in a match that went to a no contest. There was also a submission match between Drew Gulak and KUSHIDA that’s worth going out of your way to see. Oney Lorcan and Danny Burch got a win over Kyle O’Reilly & Bobby Fish. Next week we’ll be back to normal with Full Sail shows as we lead up to Takeover: Toronto during SummerSlam weekend.

I figured with us basically being at the halfway point of the year and a lot going on with the NXT brand, I’d just do a couple hot shot topics on where I think the brand is right now and where it may be headed. Some things I like so far and some things I don’t. Feel free to join in the discussion in the comments below! Let’s get rolling. 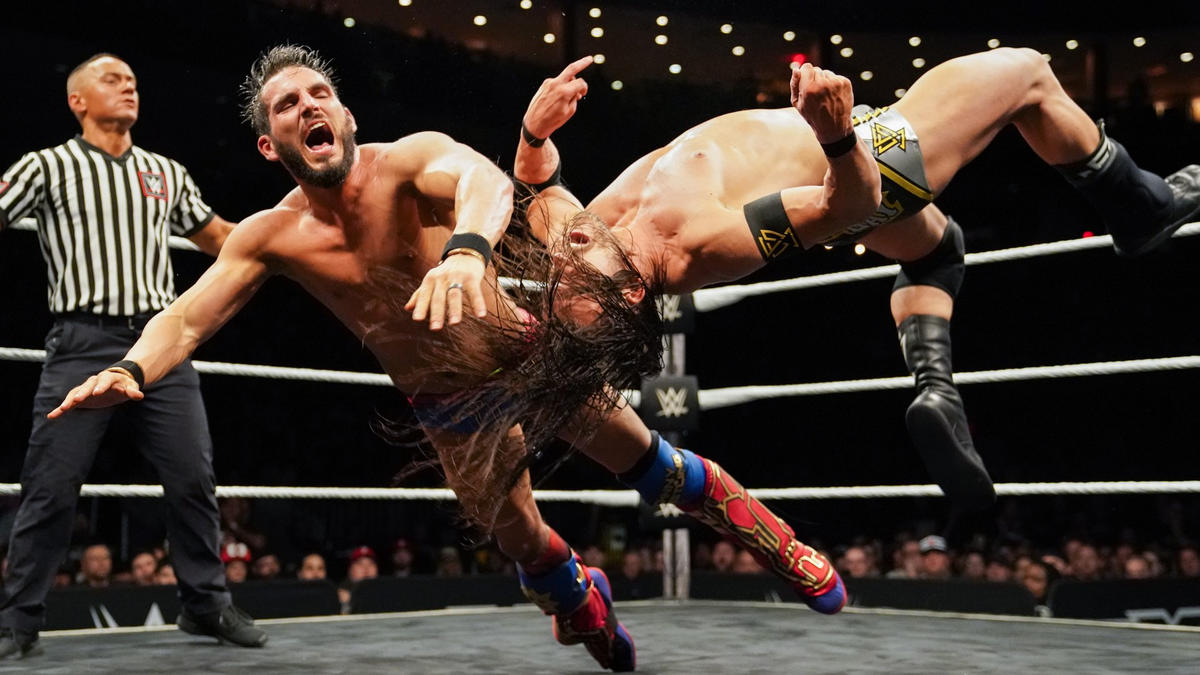 Johnny Gargano vs. Adam Cole – Both matches that these two had at the last two Takeover matches are two of the best matches you’ll ever see under a WWE banner. Dave Meltzer, love him or hate him, said the 2nd match from Takeover 25 could possibly be the greatest WWE match ever. That is some high praise and lofty company those two would be in. Considering how bad a break the brand was dealt with Tommaso Ciampa’s unfortunate injury, the end result with the classics Cole and Gargano had, were about as good of a result as you could ask for in those circumstances.

I could make a case that I didn’t like Gargano losing the title so quickly, but I understand the story was just winning it finally, and Adam Cole is arguably the biggest star on the brand. Putting the title on him makes all the sense in the world.

Tyler Breeze Returning – There’s yet to be one person who came “down” from the main roster to NXT to try and rejuvinate themselves and it not be a success for them. Cesaro, Tyson Kidd, Zack Ryder, Natalya when she helped made Charlotte, were all successful in their ventures in NXT and left the brand better than when they showed up. I wish more people were able to do it, but I understand the mentality from Triple H being choosy about it. If there was ever a time for someone to come back down to give themselves and the brand a boost, it was now.

So many people have left the brand in recent months. EC3, Ricochet, Aleister Black, Heavy Machinery, Lacey Evans, Kairi Sane, Nikki Cross, Lars Sullivan, that is a LOT of talent. NXT always has guys in the wings, but they needed another “star” in my opinion and Tyler was the perfect choice. Triple H and the powers to be in NXT knew that Breeze would be treated like a superstar in NXT, no matter how poorly he’d been booked on the main roster. I would bet The Ascension and Bo Dallas would get the same treatment. There’s just something about that original group that will always be idolized in NXT. Breeze can go in the ring, and him clearly looking and sounding motivated now, there is a TON of potential for him on NXT.

Exodus of Talent – I get it. They can’t stay in NXT forever. There was a logjam of talent. The main roster pays better. That’s all well and good. But is it so hard to have a rhyme and reason for them to be called up? EC3 had barely gotten his legs under him, was starting to catch on as a top star, gets called up for no reason, and now he’s legitimately the bottom of the barrel on Raw. There was a video going around on social media talking about the difference a year makes on EC3’s entrance and his most recent one from an episode of Main Event is just depressing. Ricochet and Aleister Black were randomly paired up and now Ricochet is already floundering on his own on Raw. Tommaso Ciampa was randomly called up WITH Johnny Gargano despite the fact that Ciampa’s neck injury was a known thing and oh yeah… THEY WERE BITTER ENEMIES ON NXT! It’s just so frustrating sometimes and there are definitely points where I almost don’t want to watch NXT, because while it’s great now, what’s the point if odds show they’re going to be botched once on the main roster? I give it to Triple H though, he does the best he can with what he’s dealt.

Shayna Baszler’s Dominance – Again, I get it. She’s Ronda’s best friend. She makes it look “real”. She has a unique look that stands out in the division. However, she should’ve lost the title the last three Takeovers and didn’t. In the process of this, they’ve made Kairi Sane look weak on her way out, didn’t allow Nikki Cross to be the face of the division when she was unequivocally one of the most popular acts on the entire roster, and completely derailed Bianca Belair’s push. Mia Yim looks to be next in line to be the person to potentially dethrone Baszler, and while I like Yim, I don’t know that she’d be the one I would’ve chosen. Also, it may ultimately feel like it happens too late. 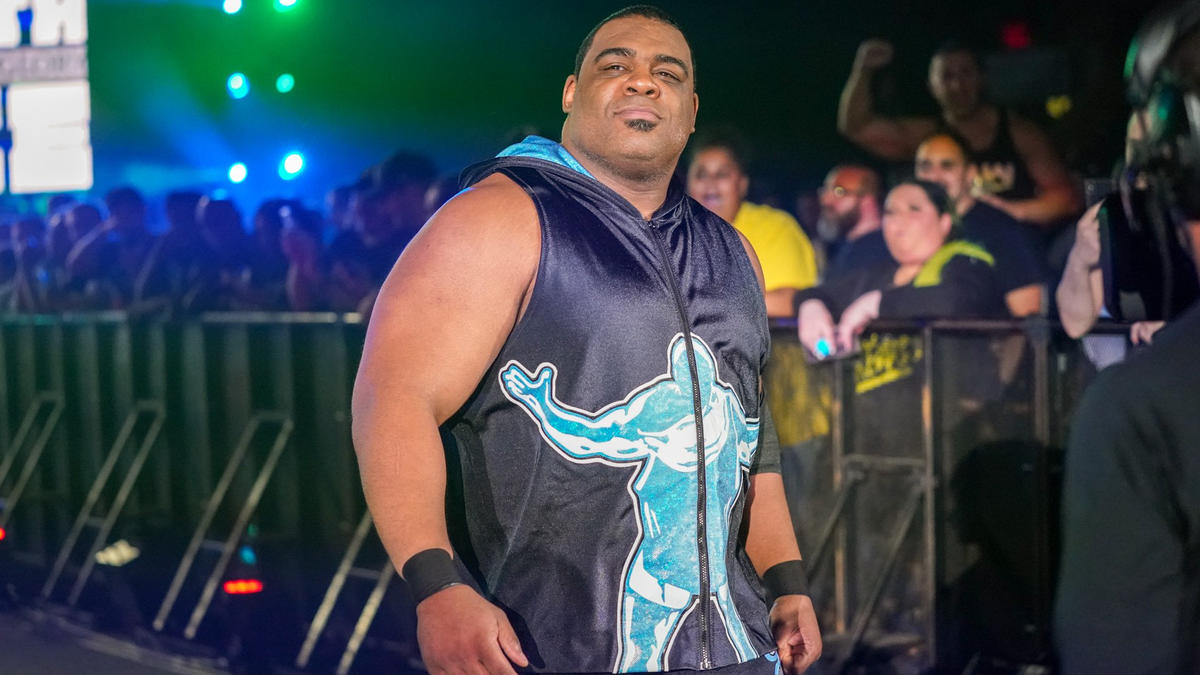 What I Want to See More Of

Keith Lee – I’m biased, sue me. From the moment I saw him for the first time in a tag match against The Young Bucks, I knew he was going to be special. Then, when I was fortunate enough to talk to him for my short-lived podcast here on TJR, I was doubly convinced. He’s unlike anything else in NXT, maybe in all of wrestling. A guy that size should not be doing what he can do. I don’t think NXT has done wrong by him, injuries have come into play, but the fact he hasn’t had a Takeover match yet is criminal. It feels he’s in a bit of a holding pattern until Donovan Dijakovic comes back from injury. I know they really want to do that feud and hopefully that happens soon and is the springboard for bigger and better things. We need to all be Basking in His Glory.

Takeover Matches – I think we’re at a point where we can go to six matches on each Takeover and take the show to a 3-hour limit. Most Takeover events are going about 2:30-2:45 as it is with five matches and there always seems to be someone or some feud that gets left out of the five matches. There’s enough talent as is, and even more coming in, that warrants an extra match on the Takeover events. With the recent string of 5-star matches and shows, I don’t think anyone could complain about a little more Takeover, especially when they’re not once a month.

What I Want to See Less Of

Rumors of NXT to FOX – It’s always been said that NXT is Triple H’s baby and Vince stays out of it completely. Vince might not even watch NXT unless it’s highlight packages for potential call-ups. That would all change instantly the minute FOX gets their hands on NXT. If you’re a fan of the brand as is, you have to hope it stays exclusive to the WWE Network. Once TV money is involved and advertisers come into play, Vince will surely start molding NXT in his vision and Triple H’s grips on the reigns will loosen up in a hurry. We do NOT need NXT to become a Raw/Smackdown Lite.

Meaningless Matches – There’s too much talent on NXT to not be having a 10-15 minute match every week. There are far too many episodes with four or five matches that are all five minutes long or so. The week before Takeover they had a Mansoor vs. Sean Maluta match. That’s a complete waste of time. (Don’t tell me it was to set up Mansoor for his win at Super Showdown either.) I know they want to fit as much as they can into each hour and there are certain people you want to push down the road that may not fit into current Takeover plans (Keith Lee, Candice LaRae, Mia Yim currently), but I just think there needs to be more matches that are meaningful on the TV shows. 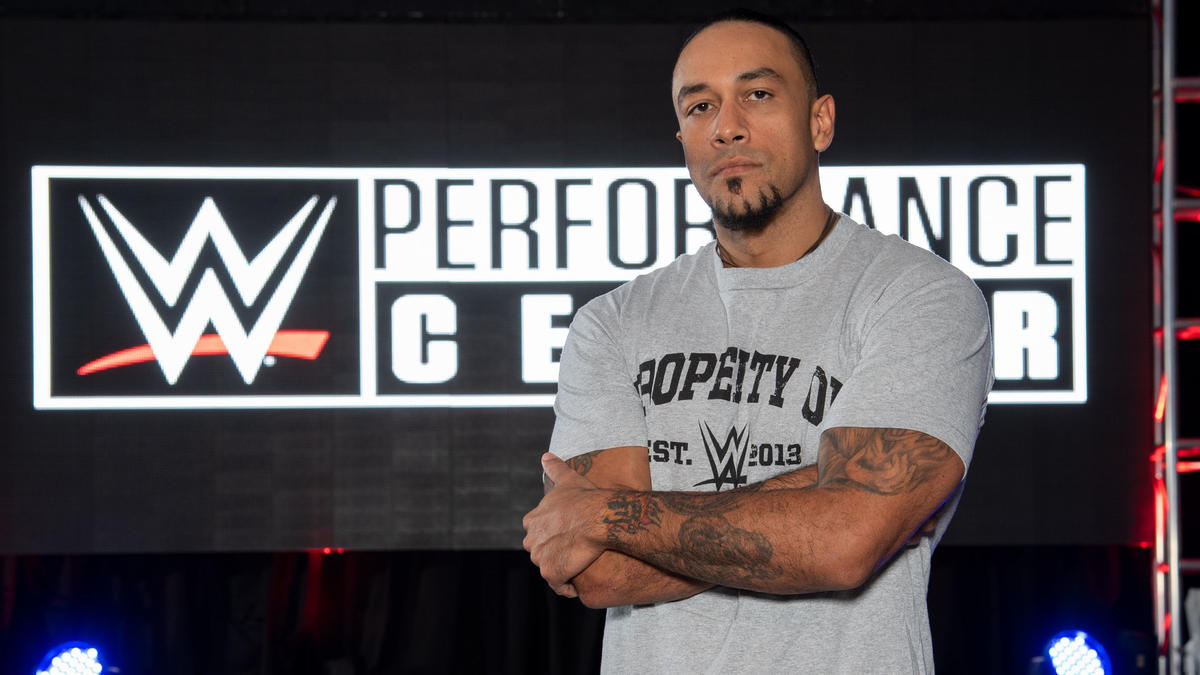 Names to Look Out For

Jordan Myles – The former ACH from the indies and Ring of Honor circuit. He’s billed at 5’9″ and 210 pounds and 31 years old. He’s an absolute firecracker in the ring, but can hang with larger sized superstars and surprise you with his power. I attended a match of his against Shane Taylor (current ROH TV Champion) and if you know how large Taylor is, that was quite a mismatch. They had a hell of a battle, though. He may ultimately be in line for 205 Live down the road, but with the likes of KUSHIDA, Kyle O’Reilly and Tyler Breeze on the roster currently, there are definitely like-sized competitors that he can have great matches with in NXT.

Damien Preist – The former Punishment Martinez, who held the ROH TV Title himself before leaving the promotion to come to NXT. He’s billed as 6’6″ and works a little taller than that in my opinion. I was a big fan of his look and persona in ROH. The early vignettes for him on NXT almost have the vibe of the original Edge vignettes, so I’m interested to see what they do with him. He’s still green and isn’t an in-ring specialist like a lot of the indy guys NXT brings in, but I think he offers a lot of uniqueness and can be a player for the brand.

Thanks again for joining me in my thoughts on where NXT stands currently. Let me know what you’re feeling or not feeling. I think the rest of 2019 will continue to be red hot as there’s just too much talent not to. Next week we’ll be back to our regularly scheduled broadcasts, so until then, don’t do anything I wouldn’t do… but if you do, name it after me!