I’m not the most avid NXT fan, but always try to keep up with the product and certainly make sure to watch any Takeover events throughout the year. I know that the current NXT crop is doing great things and that some established stars on the main roster should be looking over their shoulder at the upcoming kids from the development brand. It was one such ‘up and comer’ in Asuka that had me interested in the next stage of a superstar’s career more than others. As many of you already know, I’m a huge supporter of the women’s division and the women’s revolution. My admiration for the ground-breaking athletes knows no bounds. The four horsewomen (Charlotte Flair, Becky Lynch, Sasha Banks and Bayley) had made their mark in the big leagues, but the talk was all about Asuka; the Japanese dynamo tearing up NXT and setting records in the process. I caught most of her work there and was stoked to see her move up to the main roster after an unfortunate injury that saw her relinquish the NXT Women’s Title – although ensured she would leave the promotion as an undefeated champion.

I honestly enjoyed her initial main roster run and how WWE handled her, which I thought was well done for a company I regularly complain about. She was very well protected; took part in multi-women matches to make sure she could interact with a variety of opponents, and also ensure she didn’t plow through quite a thin roster in the space of a few months. Her language skills are limited and it’s hard for anyone to adapt in a new country, let alone learn to cut promos in front of a live audience of thousands and millions watching on TV. Her soundbites were kept short and sweet, her actions and facial expressions more emotive than her words. She tore apart the lower card wrestlers and moved steadily up the ranks. We all knew she was destined for something special come 2018.

And come it did, in the form of a fine debut in the first ever Women’s Royal Rumble. She won the whole shebang and teased who would be her Wrestlemania opponent for weeks on end. I think WWE made the right choice in having Asuka challenge Charlotte Flair as the Queen of Smackdown Live was a very believable and credible opponent; Charlotte wasn’t going to go down easy. It’s worth remembering here that Asuka was still undefeated. She hadn’t really come close to losing, nor had taken any sort of beating in her matches so far on Monday Night Raw. She was quickly becoming the unstoppable force and Charlotte was the immovable object.

Wrestlemania came around and the pair put on a great match, with Asuka finally succumbing to defeat, the streak broken, her aura shattered into pieces. Here’s the thing, I honestly didn’t mind too much. For me it made sense as Asuka was now vulnerable, flawed and human. The god-like status she’d created in WWE was gone. She was now a mere mortal, capable of losing matches. I think having Charlotte be the one to pin her made it all the more believable. No offense to the other women on the roster, but I doubt the suspension of disbelief would’ve been there had Nikki Bella or Alexa Bliss beat Asuka. So she suffered her first loss, onwards and upwards, right?

Wrong. Since her Wrestlemania loss, it appears that WWE have fallen out of love with the Empress of Tomorrow, and I cannot understand why. The aura of her undefeated streak made Asuka an attraction and when she began to be linked with serious, tough opponents like Charlotte, Becky Lynch or even Nia Jax, you knew something had to give. Even with a tough loss on the grandest stage of them all, I fully expected her to get back to winning ways, but that simply hasn’t happened. It’s as if WWE want to have her lose when it comes to the crunch, like she can’t deliver when it matters. This has really hurt her momentum, character and aura from a fan’s perspective. She’s no longer dangerous and feared by the other women. 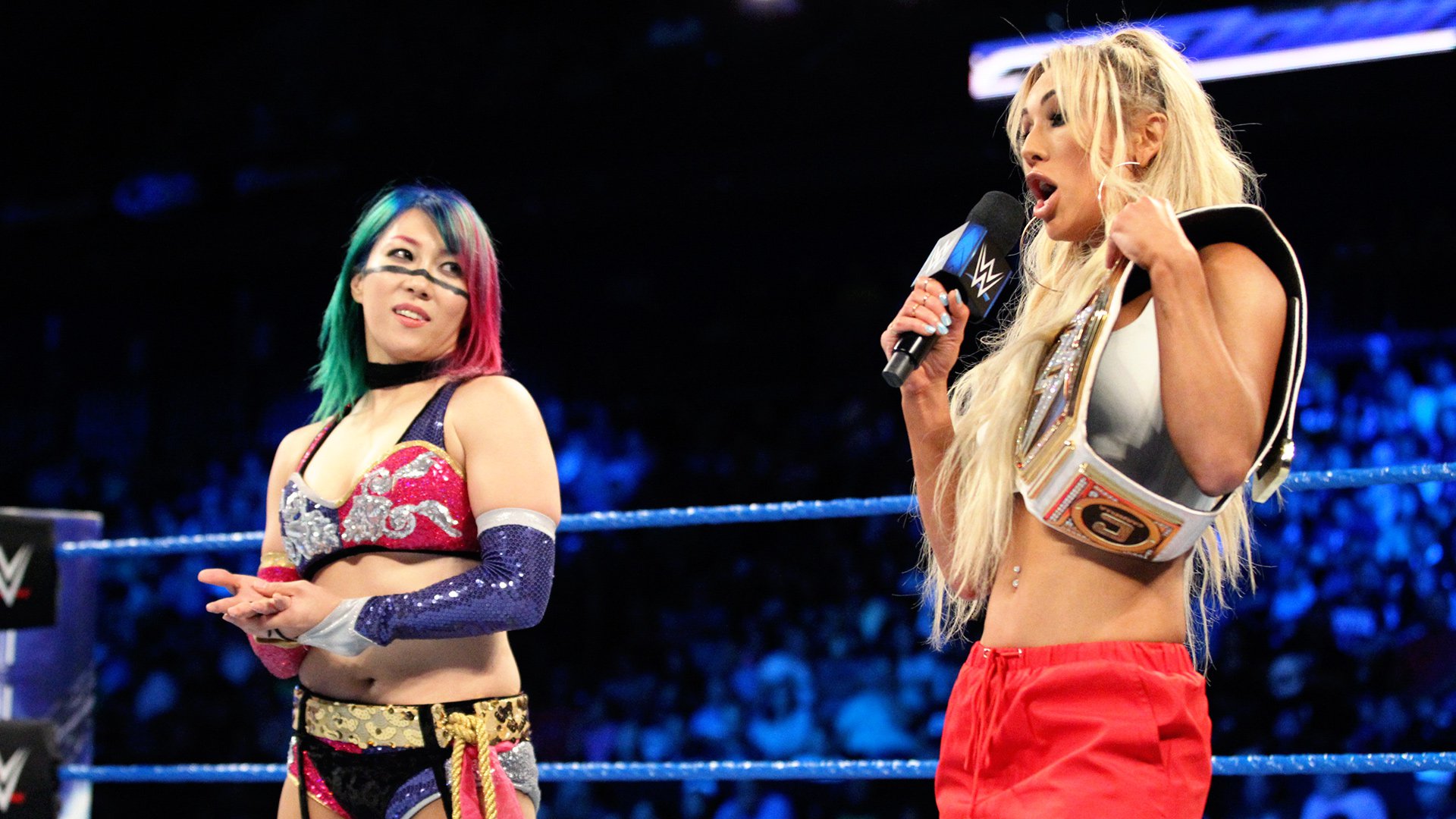 I’m not hater of Carmella, but one cannot argue that she is in the same league as Asuka, Charlotte or Becky. Yes, perhaps Carmella could’ve sneaked out a win with James Ellsworth’s help once, but successive losses make Asuka look stupid and don’t elevate Carmella in any fashion. I love a cocky, arrogant heel as much as anyone, but the heel should be able to win matches – especially when holding a title. The screwy finishes and silly stipulations do little for each woman. Has Asuka become a casualty of her own success? Have her wings been clipped so early into her main roster run, and if so, what can be done to bring back that fire and passion she displayed so well? A character change is out of the question because she is so unique, or perhaps WWE want to water her down to be more palatable to the viewers. Do they want us to see her as just another wrestler, nobody special, considering they have two more Japanese women in NXT who will certainly be on the main roster in the very near future?

Is this the end for Asuka’s star in WWE? Is Asuka season over already and she’s expected to fall back in line like the others and not be elevated or put upon a pedestal for the fans? I hope not, because it would be a shame if WWE took a foreign star who had a really good connection with the fans, an awesome unique look and style and made them into a joke. Now, does anyone know how Shinsuke Nakamura is getting on?