The second part of the WWE Draft took place on Raw tonight. If you’re wondering why some of these names were drafted tonight instead of Friday it’s because WWE had two separate lists and only some people could be picked Friday while others could be picked tonight. 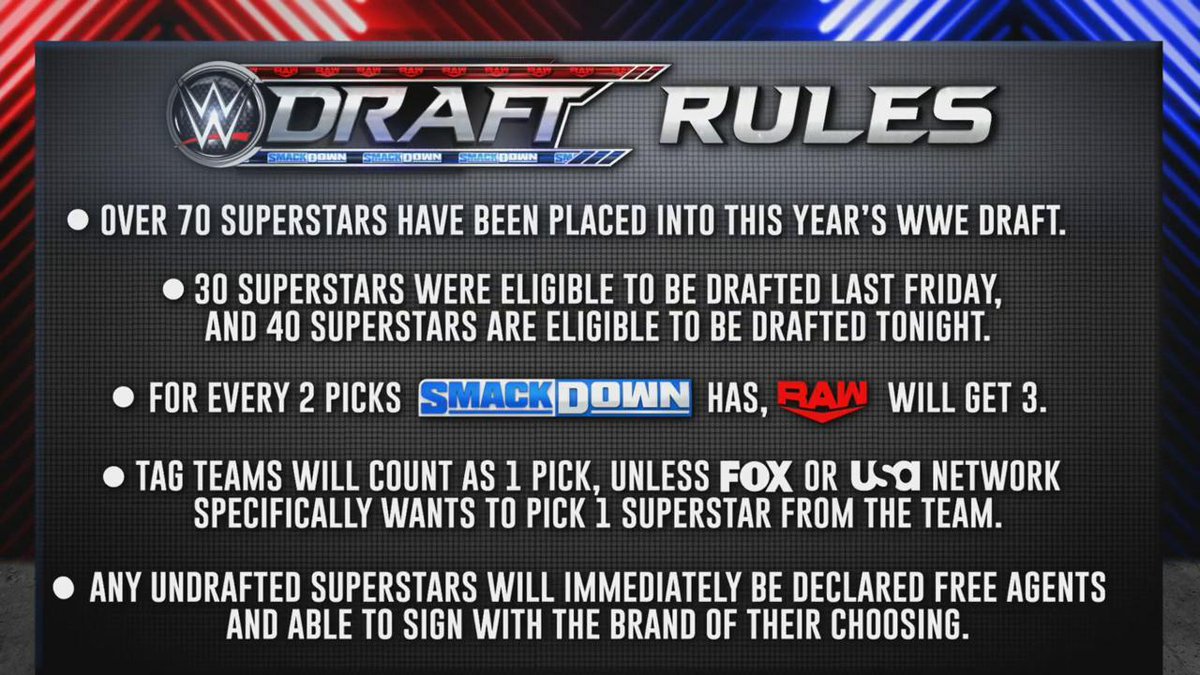 Here’s who was drafted to Raw and Smackdown during the six rounds that were shown on Raw.

Universal Champion Seth Rollins (Round 1) – That makes sense since his fiancee Becky Lynch is also on Raw, plus Seth is holding Raw’s main title the Universal Title.

Andrade with Zelina Vega (Round 1) – Andrade gets to be on the same show as girlfriend Charlotte Flair. That’s not a surprise.

Women’s Tag Team Champions The Kabuki Warriors – Asuka and Kairi Sane (Round 2)
(Note: The Women’s Tag Team Titles can be defended on Raw and Smackdown. Asuka and Sane become exclusive to Raw when they lose the titles.)

Aleister Black (Round 2) – Black gets to be on the same show as his wife Zelina Vega. That’s not a surprise.

Robert Roode and Dolph Ziggler (Round 4)

Carmella (Round 4) – Carmella gets to be on the same show as boyfriend announcer Corey Graves.

Some wrestlers are unaccounted for due to injuries and inactivity like The Usos, Naomi and others.

There was also this update that you can see below where the undrafted wrestlers are free agents until WWE decides where to place them on Tuesday night.

1️⃣ We can't wait for the special PREVIEW of #WWEBackstage TOMORROW NIGHT on @FS1!

2️⃣ Those Superstars who have gone undrafted are officially FREE AGENTS until tomorrow night! #RAW#WWEDraftpic.twitter.com/LwZpTwtwE7

My WWE Raw Deal review column will go up on Tuesday morning.