Every year, Dave Meltzer’s Wrestling Observer Newsletter publishes a series of year-end awards as voted on by the readers of the weekly newsletter. A common award given out in recent years has been “Best Box Office Draw”. Past winners of the award include Chris Jericho, The Rock, and various MMA fighters. However, if all were right in the world, the undeniable winner of this award would be WALTER.

The first time I saw WALTER wrestle in-person was at a Pro Wrestling Guerrilla show at the 2017 Battle of Los Angeles. I had missed the second night, where he lost a singles match to Keith Lee, so I saw him wrestle for the first time on night three. He was in the annual 10-man tag team match that takes place before the finals of the weekend-long tournament. At first, I thought he was a somewhat light-hearted wrestler. This is because during the pre-match promo, Trevor Lee (now known as Cameron Grimes) who was working for Impact Wrestling, promised to get all of his tag team partners, including WALTER, Impact Wrestling contracts upon their victory. Upon hearing this, WALTER promptly left the ring. I popped hard for his joke, thinking he had a humorous side to his character.

Oh, how wrong I was.

For those unaware, WALTER, an Austrian, was a staple of the European wrestling scene for quite some time before getting noticed by the American independent circuit, and was then promptly scooped up by WWE. WALTER gained traction by having intense and brutal matches with his opponents. Currently, he can be easy to miss, as he primarily wrestles on NXT UK, an offshoot of WWE’s third brand, exclusively through the WWE Network, and now, Peacock. He is the current champion of that brand, and is the longest-reigning champion in all of the WWE, at over two straight years of holding the title.

WE. ARE. NXT UK. 🇬🇧 🇦🇹 @WalterAUT is the most dominant champion of the modern era, and the history PROVES it. #RespectTheMat#IMPERIUM#NXTTakeOver#NXTUK@ArashMarkazipic.twitter.com/8FyWDAH35f

WALTER doesn’t have bad matches. One might be able to make the claim that WALTER only wrestles great matches. Simply put, I have never seen a WALTER match that I didn’t enjoy. I am somewhat biased, as my favorite match, at least right now, is WALTER vs. Tyler Bate at NXT UK TakeOver: Cardiff from August 2019. This match is simply a masterpiece. It is forty-two minutes of professional wrestling excellence. I implore anyone reading this to go and watch this match. I can not do it justice here.

WALTER is the epitome of quality over quantity. He is comparable to Brock Lesnar, in that he only wrestles on the largest of stages: Takeovers, special streaming events, or must-see title matches. That’s not to say that he wrestles a limited schedule, as he doesn’t. However, if any wrestler is deserving of the Brock Lesnar spot of a limited schedule, it’s the Ring General, because it is a guarantee that he will deliver on every big match. Being on NXT UK gave him the benefit of being able to work in certain other promotions while being NXT UK Champion. As NXT UK is a weekly, hour-long show, there’s not enough time to showcase everyone, so he did basically work a full schedule, if you factor in WWE and every other promotion he worked for, pre-COVID.

Wrestling is at its best when you can blur the lines between fiction and reality. WALTER is a very stiff wrestler, with his strikes often connecting with the body of his opponents. When strikes are connecting in matches like these, it really adds to the idea that he is just one mean guy, hellbent on destroying his adversary. There’s a very fine line between being a stiff wrestler and being an unsafe worker, and WALTER is firmly on the side of being a stiff wrestler.

One staple of his matches that make them worth watching each time, is an element of variety. In every WALTER match that I have seen, he wins with a different finisher. One match he will win with a chop, one with a sleeper hold, one with a simple yet brutal lariat. It’s not that he has several finishers, it’s that he has no finisher. With so many matches ending in a finisher or, God forbid, the ROLLUP OF DEATH~! It adds a certain flair of surprise and suspense to his matches, knowing they truly can end with any move, on his end at least.

WALTER has been making more appearances as of late, wrestling on the most recent NXT Takeover in a fantastic match against Tomasso Ciampa. And he’s also been appearing more regularly on NXT proper, along with the rest of his Imperium stable. On the whole, he’s been gaining more prominence, especially with a semi-regular spot on national television. WALTER deserves the biggest spotlight that can be shown for any wrestler.

WALTER is the most must-see wrestler in the world today. Of every wrestler currently active in the modern wrestling world, the one you should go out of your way to see the matches of, is WALTER. Every single match of his is unique, and will keep you on the edge of your seat, jumping up in the air with every nearfall. WALTER is my pick for “Best Box Office Draw” for the last few years, and seemingly, for the next few years as well. 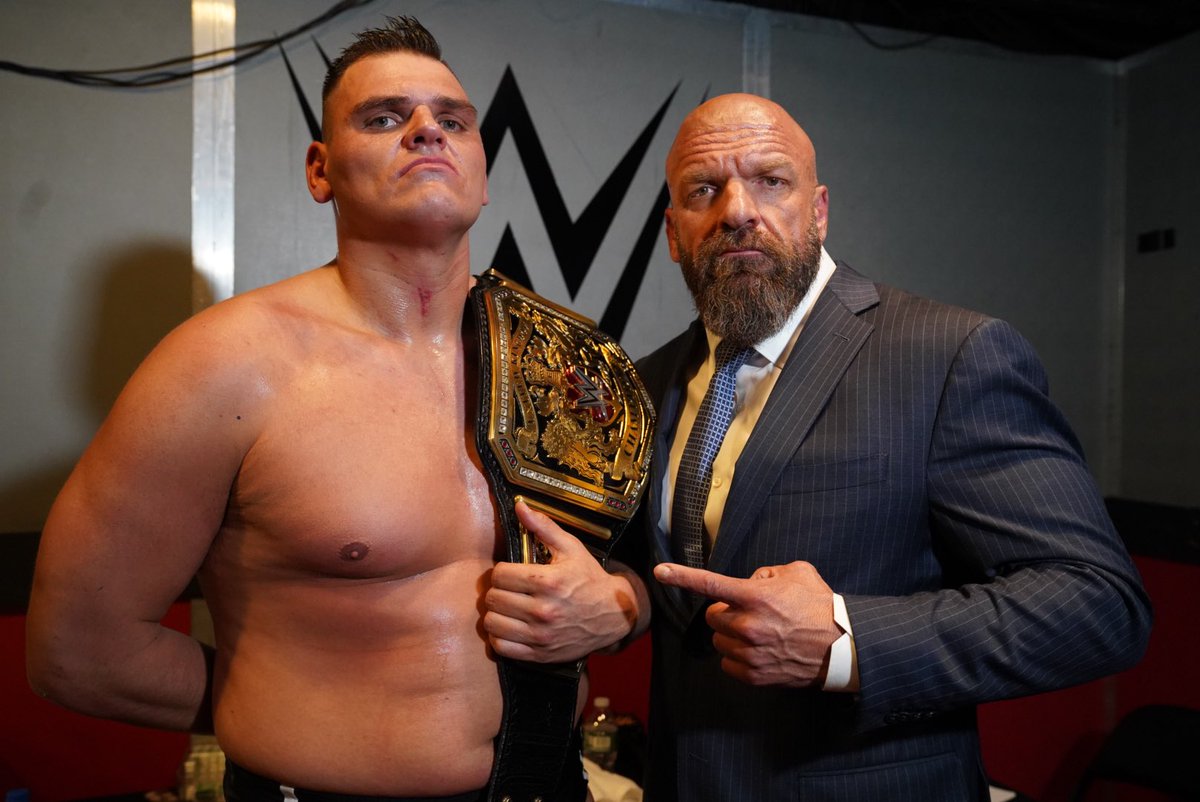