If you’re reading this then you’re one of two types of wrestling fans: The kind who doesn’t talk about his or her fandom in order to avoid persecution from “real” sports fans. Or the kind who finds themselves defending your stance as a fan from those very same sports fans. If you’re either of these, then this article is for you.

I was watching Raw on Monday, which I don’t always get to do live. Boy, I do not regret taking a few hours from my day to do that. Not this week, anyway. This week’s Raw had babyface Tyson Kidd and Cesaro, which, good God Almighty is magnificent. Perhaps it’s only matched by heel New Day. Seth Rollins taking on Dean Ambrose in a match that stopped our collective pulses no fewer than twelve times. It had genuine stakes, real unpredictability, and it was constant motion from two superb athletes. Should I mention Sami Zayn’s debut with the rub from both John Cena, the biggest name in wrestling today, and Bret Hart, one of the biggest names in wrestling’s yesteryear? I mentioned it, and my only thought is, “Fogettabout it.” 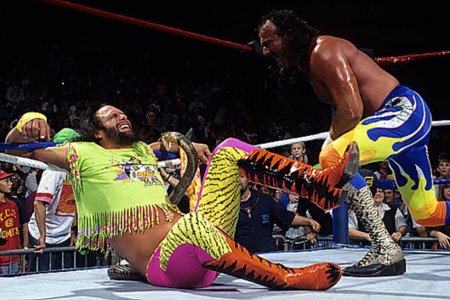 As a fan, I really started getting into it in the early 90’s as a huge Macho Man fan, then in the late 90’s/early 2000’s I got back into it and got to see Stone Cold Steve Austin’s peak, followed by his injury and the rise of The Rock and Triple H. I got away from it a few years later, when I was in high school. It wasn’t “cool” any more to be a fan of professional wrestling.

What changed then? Why have I been back into it for the past five or so years?

If you still believe in Santa Claus, the Easter Bunny, or that Rey Mysterio actually beat up the Big Show several times, stop reading this now because I’m not going to be the guy to break you the news.

They gone? Alright. Wrestling is staged. We know it. That’s the number one thing the non-wrestling fans say, right? “It’s fake. Why watch fake fighting?” I guess these are the same people who refuse to watch any movie or any scripted show. “Dude, Breaking Bad is dumb. Bryan Cranston never had cancer or made meth. It’s so fake.” “Bro, The Walking Dead is so lame. Zombies aren’t even real.” “Broham, Game of Thrones is so stupid. Winter is always coming but never gets here. As well as other slightly unrealistic characteristics.”

The performers we see on television don’t have someone to say, “Cut,” when they are out there in front of thousands of people doing their job while also being streamed live to millions around the world. They go out there and put their bodies on the line by trusting another person with their safety. Then, once the cameras stop rolling, they go on the road and do it again the very next night in a different city.

The special thing about WWE is that we all get to complain about it, yet we can watch it in a few days again gladly. If The Walking Dead has ten bad episodes in a row, we just give up. The show sucks, and it’s time to give it up. Ten bad episodes of Raw means it’s a down time and they will change something soon to adjust to our cries. We write in blogs and comments and say how awful the product is, then tune in a week later and hope they do better. Sometimes they do, like this week, and sometimes they don’t. We go to the shows and we scream our lungs out week after week. What other show would suddenly decide the villains are the heroes because we like them? What other shows will decide suddenly that the main character needs to be someone else? 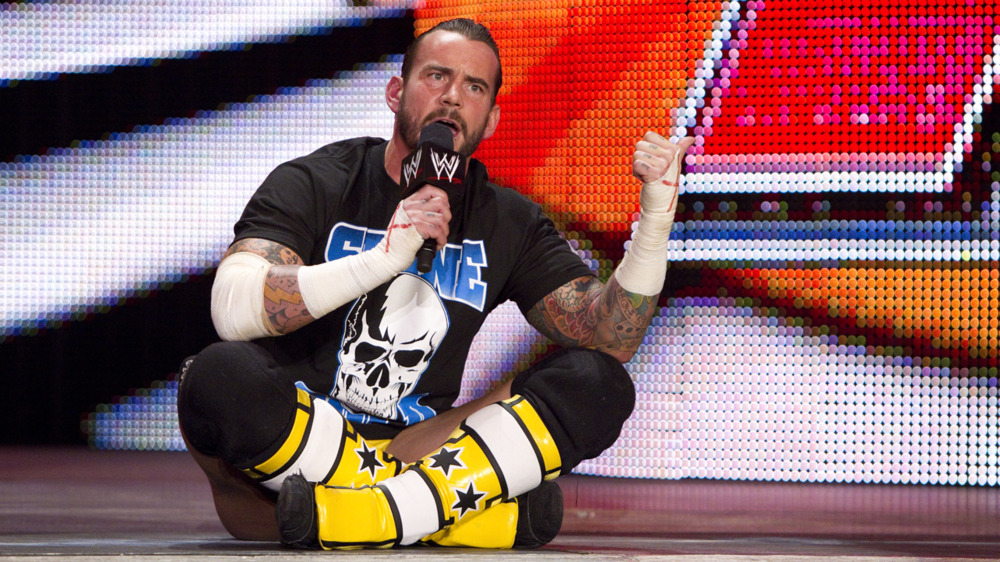 CM Punk, in one of his many bashes on the professional wrestling industry, once summed it up and made a very good point when he said, “It’s weird. It’s a weird business.” He, of course, was referring to how little sense it makes sometimes. But, it is weird. It’s a strange form of entertainment when your fan base openly mocks you on your own broadcasts and you embrace it. It’s strange that we enjoy how layered it all is. We aren’t content with what’s going on in the ring, but the backstage politics as well.

The fans of professional wrestling are a very unique sort of fan. There really isn’t any point in our lives where we think it’s completely real. Even as kids they tell us it’s staged so we don’t try it at home on our trampolines. And then we all did it anyway. You did it. You probably still do it. If you have kids you know you powerbomb them lightly onto the couch once in a while. The cries of, “That stuff is fake!” just bounce off of us after a certain point.

There’s really no point in arguing it with anyone. Wrestling isn’t for everyone, to say the least. It will always have detractors, and you’re always going to be constantly told that it’s immature or whatever other insults those people can find. That’s their opinion, and my personal opinion is that The Walking Dead is a soap opera with occasional zombies and gore and football isn’t worth sitting down to watch others play. I’m a minority when it comes to those things, and you’re probably reading this and cracking your knuckles to argue with me. Yet, I just don’t care. We don’t have to like the same things.

That’s not to say that all of those detractors can’t be turned into fans. So, I feel like a little guide to a few of the things that might interest them is in order. If you go into detail that Kane is the younger brother of The Undertaker who was scarred in a fire that killed his parents and then it turns out that their manager was secretly their dad, you’re going to lose them. It gets pretty out there, we all know that. That doesn’t mean you can’t point them to the Hell in a Cell match of The Undertaker vs. Shawn Michaels that Kane debuted in. The Mankind/Undertaker one is a quick way to kill those, “It’s fake,” calls. You do not fake that kind of violence. Then the drama of The Undertaker’s matches from his first match with Shawn at Wrestlemania all the way through his match with CM Punk a few years ago at Wrestlemania will be an education in why we find ourselves glued to these things. Who didn’t jump up and get chills every time HBK kicked out of a Tombstone? The time he superkicked ‘Taker into a Pedigree from Triple H and ‘Taker somehow STILL kicked out? You know you held your breath and your heart stopped for a few seconds. That feeling is what keeps us coming back.

There’s always the “it’s not cool” thing. “Cool” is a relative term. Still, I feel I should point you to pretty much the entire rise of Steve Austin, the rise of The Rock and most of his promos, the amazing CM Punk promo from 2011, the absolutely insane feats of strength from Cesaro, and Brock Lesnar’s run as WWE Champion. People can say it’s not “cool” if they want, but the CM Punk vs. John Cena match from Money in the Bank 2011 is proof that thousands of people disagree, and very vocally, might I add. Brock Lesnar vs. Roman Reigns at Wrestlemania 32. That was, quite frankly, one of the most badass matches any of us have ever seen. Whether or not it was staged went completely out the window.

You’re a fan. That doesn’t mean other people need to be. You can claim The Lord of the Rings is a better movie than Friday Night Lights, and, aside from having the correct opinion, that doesn’t mean everyone agrees. Different strokes for different folks.

Follow me on Twitter because sometimes I say stuff on there and I troll the @fact page pretty mercilessly. “It’s scientifically proven that human brains don’t operate efficiently until after 10am. Science says school starts too early.” THAT IS NOT A FACT. Calm down, Jake. Blood pressure. Blood pressure. Anyway, @JakobDraper is where to go. Do it. Now.