Let me make it clear that I don’t hate The Ultimate Warrior. I don’t have hate in my heart. I just don’t like a lot of things the man said. I was sad when he died in April of 2014 (I was in the crowd at WrestleMania 30 and Raw in New Orleans – he died the next day) because he is a husband and a father. I felt bad for his wife and kids. That doesn’t mean he was a great person, though, because he said so many terrible things.

What I recommend is this reading material that I will share here. To make a long story short, Warrior was a hate-filled man. He was happy when WWE Hall of Famer Bobby Heenan had cancer. This is what Warrior said:

“As for you, Bobby Heenan, it’s just too difficult to keep a straight face talking about the pure two-faced bag of sh– you are (and have always been), what, with you also actually wearing one as a piece of body jewelry. You are dying, dis-eased on the inside, and no more time is left to get back any of the integrity that matters the most on death’s bed. Imagine what it will be like, lying there taking in your last breaths, knowing you whored yourself out your whole life, and had to, in your final years, be faced with emptying your own personal sh–– bag affirming to you the true value of what you achieved in your life. Not even Vince could come up with a better finish than this. Karma is just a beautiful thing to behold.”

Heenan died in 2017. Just to know that you can say such hateful things about somebody that is going through a battle with cancer is terrible. I remember meeting Bobby many times at wrestling fan conventions even though his face didn’t look normal. His wife said he loved seeing the fans, it gave him a lot of joy and then I think of Warrior making fun of him for it. That’s disgusting.

Warrior also mocked WWE superstar Darren Drozdov for being paralyzed after taking a Powerbomb from D-Lo Brown in the ring. Droz has been confined to a wheelchair for the rest of his life. Warrior mocked Droz for it and called him a “cripple” among other things.

Here’s what John Bradshaw Layfield said about Warrior on WWE’s Byte This in October 2005 (thanks to PWTorch):

“He’s a piece of crap. He’s an unadulterated piece of crap. Ultimate Warrior couldn’t make it nowadays. He was surrounded by talent. He was hidden in the fact that he couldn’t wrestle. He couldn’t do an interview. He came along at the right place at the right time. Ultimate Warrior couldn’t make it through the curtain nowadays. I’ve never have a problem with the Ultimate Warrior. I knew him when he was here, he was a bit of an odd guy, but to call Droz a cripple – Droz, he’s just a good human being and I hope he gets out of that wheelchair one day and I’ll be one of the first ones to take him hunting – to call Droz a cripple, that shows me that the Ultimate Warrior is an absolute piece of sh–. Can’t stand the son of a bitch. To do something like that for absolutely no reason is completely inexcusable. I have no feelings but hate toward the Ultimate Warrior. I think that is absolutely disgusting. You’ve got a problem with Vince McMahon, say something to Vince McMahon. I was on the road when he no showed all those events, that’s the last reason he got fired. He chose to no-show the events. He broke his contract, to say anything else, he’s a liar, if he says anything else. And to say something about Droz, to me it’s pathetic. You know, you had your little career, you had your fifteen minutes in the sun, you don’t get sixteen minutes. Go back to your little Warrior cave or whatever you want to do – the idiot actually changed his legal name to the Warrior. It shows you how stupid this guy is. It’s pathetic.” 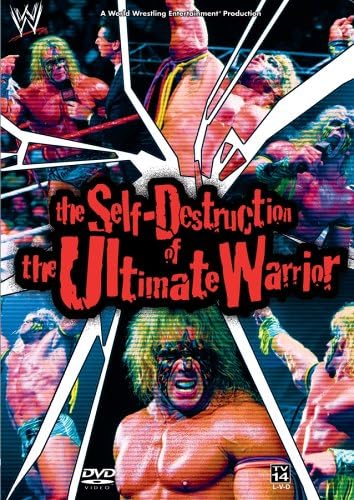 Years later, fences were mended, but the fact that WWE went so far as to make a DVD mocking the guy showed what they felt about him too. It’s the only DVD they ever did where they basically trashed the guy the whole time.

The Ultimate Warrior said numerous awful things about black people and gay people. I don’t even want to put it on my website, but I will link to articles that covered it.

The thing is, The Ultimate Warrior said this stuff in public too, so it’s not like you can say it was misquoted. There are plenty of videos of Warrior making public speeches and saying stuff like “queering doesn’t make the world work” among other stupid things. Maybe in his later years, he regretted those comments, but I don’t know. I know his wife Dana has said he changed, but if he did he certainly could have made public apologies.

Here are some articles that I recommend reading:

This one is from Rob Rousseau at Vice from 2017: https://www.vice.com/en/article/59y3nb/wwe-is-whitewashing-the-ultimate-warriors-bigoted-past

This is from David Bixenspan at Deadspin from 2019: https://deadspin.com/the-ultimate-warrior-is-not-a-gay-pride-mascot-1835536799

Lastly, here’s this from a PWTorch guest writer: https://www.pwtorch.com/site/2016/03/28/editorial-wwes-promotion-ultimate-warrior-champion-courage-compassion-conflicts-words-clashes-hogan-stance/

I think it’s great that the WWE Hall of Fame has the Warrior Award to honor people that deserve it. I just don’t like that it’s named after a man like him that said so many hurtful things about so many different kinds of people. How can you name an award after a guy that

If you want to watch, more power to you. The choice is yours. I just know I’d have a hard time watching something that celebrates a man like The Ultimate Warrior just because he shook the ropes in a wrestling ring 30 years ago.

That’s all I’ve got. Have a good week.