Welcome to the Raw Reaction, where I offer my take on this week’s episode from the Performance Center in Orlando. As always, you can check out John’s full in-depth report here. 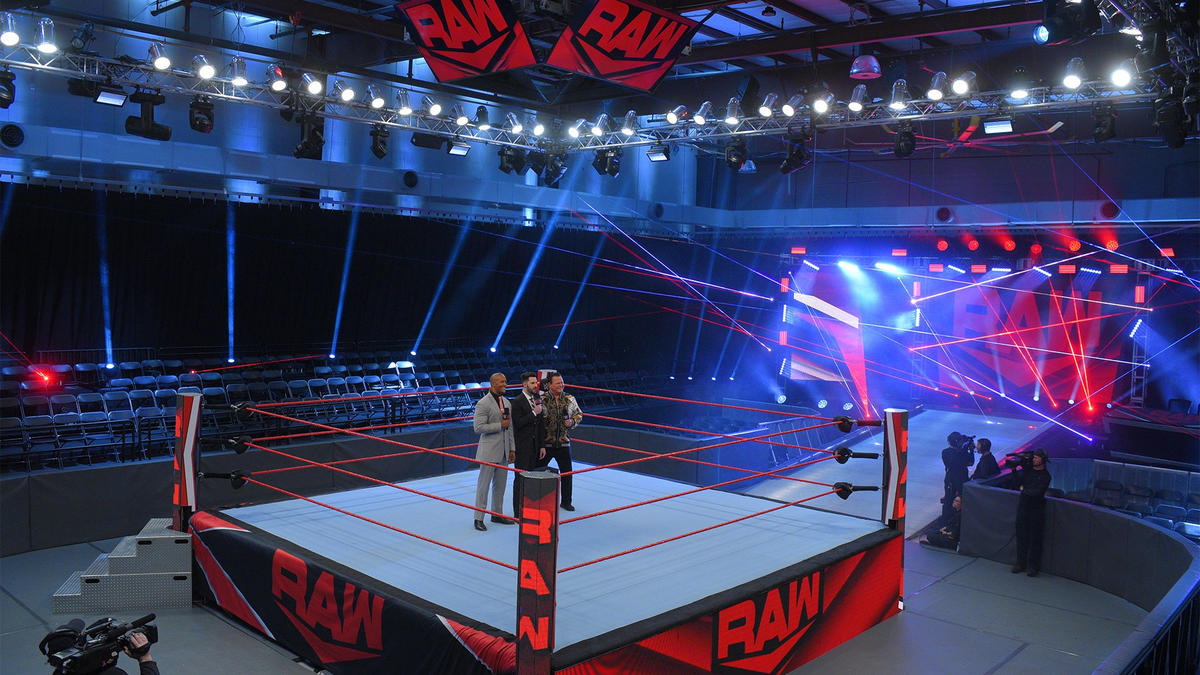 The Raw Opener kicks us off to Tom Phillips, Byron Saxton, and Jerry “The King” Lawler standing in the middle of the ring facing the hard camera to point out the empty arena and why it is so. A replay of the AJ/Undertaker feud runs before Edges comes out.

Edge cut a promo on Randy about Beth and why he did what he did last week. Edge said that Beth was out to announce his retirement but he isn’t going to do that so he can get revenge on Randy. Edge wraps the promo up with a WrestleMania challenge, Randy Orton vs. Edge in a Last Man Standing Match. The promo was pretty good and felt authentic. The lack of a crowd took a little bit away from it, but Edge was able to get the point across very well.

Our first match of the night is a replay of the Men’s 2020 Royal Rumble. This took up about 90 minutes of the program and felt like it was going to take forever to get through with the commercial breaks. Here is what I originally wrote about it:

The Men’s Royal Rumble is our main event. Brock Lesner and Elias are numbers one and two respectively. Brock tears through the first 13 competitors before Ricochet busts out Brock’s kryptonite, a low blow, and Drew McIntyre Claymore Kicks Brock out to eliminate him. Once Brock was finally out, things picked up and so did the match quality. Edge made a surprise return at #21. AJ Styles appeared to get hurt and was abruptly eliminated by Edge (feud please?). Seth Rollins entered last and had AOP and Buddy Murphy help him until the trio was run off by Samoa Joe, Kevin Owens, and Aleister Black, leaving Rollins in the ring with Roman Reigns, Edge, Randy Orton, and Drew McIntyre. Rollins was quickly dispatched and a feud between former Rated RKO teammates Edge and Randy Orton leaves us with just Drew and Roman as the last two. Drew fought hard and eliminated Roman to win the Royal Rumble. They actually did it and finally used the Rumble to make a new star. Drew’s celebration closed out the show.

Back to our regularly scheduled programming has the announcers talking about how WrestleMania has been moved to the Performance Center (unless Orlando shuts them down) with no crowd so “the show must go on.” I’m mixed about it. Drew McIntyre should be beating Brock Lesnar for the title and having nobody there for it will take away from his moment. I can only imagine how disappointing it must be to not be able to go this year. I got to go to WrestleMania 23 and it was a far different experience than going to any other Raw, Smackdown, or other PPV.

Our first live match is up with Andrade taking on Rey Mysterio. Zelina Vega was at ringside and Asuka was on commentary for some reason. As the match gets going, we go to commercial. Seriously? Back from break and Andrade is in control with Asuka rambling on in Japanese. Mysterio battles back and picks up the win after a 619/top rope splash combo. The match itself wasn’t anything special to write home about with the commercial break taking up almost half of it. Asuka was amusing on commentary for something different, at least.

We get a replay from earlier in the night when Beck Lynch showed up driving a semi-truck to the building. Becky comes out, with her steam, and cuts a strong promo on Shayna Baszler. The promo was very good and Becky said she would come out on top at WrestleMania.

Kevin Owens is interviewed by Charly Caruso to accept Seth Rollins’s challenge. They will square off in the Performance Center at WrestleMania. Not sure why they needed to bring Charly down there for that but whatever.

It’s main event time is 3:16 Day with Stone Cold Steve Austin. Austin reads from some cue cards and Byron Saxton gives a score on each item listed on the cards. Saxton was tough on a couple of the scores. Once that was over, Austin invited Saxton to come into the ring with him. Saxton agreed like a dummy and got to share a beer with Austin before getting kicked a little too low to eat the stunner that was coming. While Austin celebrated, Becky Lynch came back out with a cooler. She slid the cooler into the ring and stepped on Saxton while getting into the ring. Austin and Lynch had a beer bash to close out the show.

It was great to see Stone Cold Steve Austin back. I’m sure the 3:16 Day Celebration didn’t go as they had originally planned but were able to make it work given the circumstances.

We get one live match and half of it is eaten up by a commercial break. Can we try to time things a little better next time?

Honorable Mention to Asuka on commentary. It was something different to try. I think it worked. Triple H with Cole on Smackdown was better.

The empty Performance Center definitely took a little bit away from the show, as we also saw on Smackdown. I’m wondering if it would just be better to just get WrestleMania out of the way now and move to an all clip format until everything settles down.