Welcome back TJR readers! Did you spend all day Friday hoping you were not drafted to the main roster, and missed Smackdown? Perhaps you spent all Monday checking out the new TJRWrestling site and missed Raw. Worry not for I have returned with another edition of the Top Ten Wrestling Stories of the Week.

Before I begin the Top Ten list this week, I wanted to send out my condolences to the friends and family of Reggie Parks, who passed at the age of 87. Some of you out there may not know the name, but I guarantee you know his work. Parks was the man responsible for some of the most iconic title belts in wrestling history including the Winged Eagle and the 1988-1998 IC Title. Any wrestling fan from my generation dreamed of someday holding those belts, and in my opinion are the best title belts in the history of wrestling. So thank you Reggie for helping to make my childhood a little better, you will be missed.

It was Parker Boudreaux’s turn to debut on NXT with a new gimmick this week. Boudreaux appeared in the crowd sporting a freshly shaven head, and stared down Joe Gacy. Boudreaux also was sporting a new name, as he is now being called Harland. Due to his size, Harland has often been compared to a young Brock Lesnar. Even NBA superstar Kevin Durant reacted to Harland’s debut. Keeping with the Lesnar comparison, Harland will only appear four more times this year for NXT and will be the highest paid competitor on the roster.

WWE is going to have to buy more rocket fuel for Bron Breakker. Just three weeks after officially debuting for NXT, it was announced that Breakker will be challenging Tommaso Ciampa for the NXT Championship at Halloween Havoc on October 26. Breakker getting a main event title match seems really fast as he only has had one singles win in NXT, or four wins if you are using Steiner math. (TJRWrestling)

8. Bobby Lashley and Goldberg to Compete in No Holds Barred Match

Bobby Lashley’s life insurance policy went up this week. As expected, it was announced on Raw, that Lashley will face Goldberg at Crown Jewel on October 21st. What was not expected however, is that the match will be a No Holds Barred Match. Goldberg will now have a lot more options to hurt Lashley, than just trying to do a wrestling move. In related news, the Undertaker is reportedly the happiest he has ever been in retirement. (TJRWrestling)

Undertaker seems to be enjoying his retirement from #WWE 🍻
pic.twitter.com/EgS9VZWFCy

Another huge match was announced for Crown Jewel on October 21st. This past Monday on Raw, Big E and Drew McIntyre defeated Robert Roode and Dolph Ziggler in a tag match. After the match, McIntyre grabbed the WWE World Championship, before Big E then grabbed it back from him. Big E then told McIntyre he could have a title match at Crown Jewel on October 21st in Saudi Arabia. This should be an excellent match, even if the Saudi Prince thinks that it is Roddy Piper getting the title shot. (TJRWrestling)

AEW continued to keep their television partners happy this week. This past Wednesday on Dynamite, Tony Khan debuted the new TBS Championship. The title will be a secondary title in the Women’s division, similar to the TNT Title in the Men’s Division. A tournament for the new title will be held starting on January 5th, when Dynamite officially moves to the TBS television station. Naming title belts after the station you are on is certainly different. My hope is that they will soon move from TV stations to websites, and we can have the TJRWrestling Trios Titles very soon. 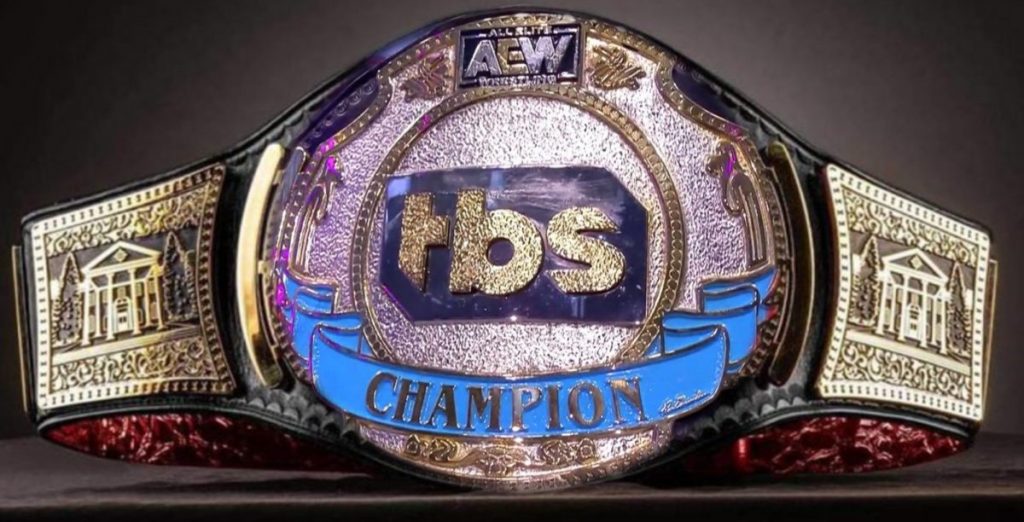 5. WWE Announces King of the Ring and Queen’s Crown Tournaments

WWE will have a new set of royalty very soon. This past Friday on Smackdown it was announced that WWE will be holding both a King of the Ring and a Queen’s Crown Tournament. Both tournaments will begin tonight on Smackdown, with the finals rumored to be taking place at Crown Jewel on October 21st. WWE has not held a King of the Ring Tournament since Baron Corbin won the crown in 2019. WWE has never held an official tournament to crown a queen, but did have both Queen Sherri and Queen Sharmell in the past. (TJRWrestling)

The Hangman has returned to AEW. This past Wednesday on Dynamite, Adam “Hangman” Page came back as the “Joker” in the Casino Ladder Match. Page was able to climb the ladder and grab the giant poker chip that was hanging from the ceiling, winning the match and procuring a future AEW title shot against Kenny Omega. Page has not been seen since Dynamite on August 4th, when he was beaten down by Omega and the rest of The Elite. While away from the ring, Page also became a father for the first time, with Tony Khan immediately signing the new child so he can have a fourth for his Ethan Page, Diamond Dallas Page and Adam Page faction. (TJRWrestling)

WWE started their yearly roster shake up on Smackdown this week. Several superstars ended up changing brands, including Charlotte Flair, Drew McIntyre, Kofi Kingston, Xavier Woods, Jeff Hardy and Naomi all being drafted to Smackdown. On the Raw brand, it was Edge and Bianca Belair joining the brand. Also, NXT faction Hit Row was called up to join Smackdown. All the roster changes do not go into effect until October 22nd after Crown Jewel in Saudi Arabia. This is done in case a title changes hand at Crown Jewel and also because WWE did not know what brands to put the Ultimate Warrior and Yokozuna on. (TJRWrestling) 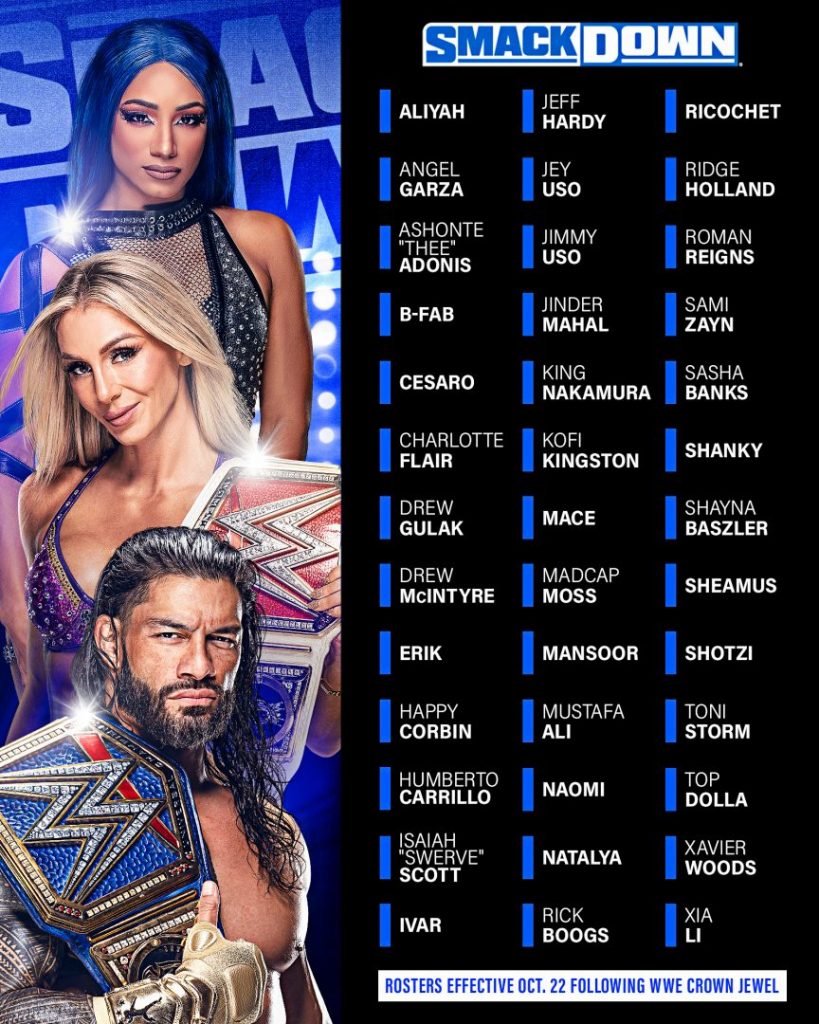 WWE’s yearly draft continued this past Monday on Raw. Several superstars ended up changing brands including Smackdown Women’s Champion Becky Lynch, Seth Rollins, Kevin Owens, The Street Profits, Finn Balor and Carmella all joining Raw. On the Smackdown side it was Sheamus, Shayna Baszler, Viking Raiders, Ricochet, Humberto Carrillo, Angel Garza and Cesaro joining the brand. Also, several NXT stars were drafted including Austin Theory to Raw and Ridge Holland and Xia Li to Smackdown. The most shocking pick of the night, however, was Olympic Gold Medalist Gable Steveson getting drafted by Raw. Steveson is just 21 years old, and is currently finishing up his senior year of college at the University of Minnesota. NXT will now have to deal with not ever getting Steveson, and instead survive with the other 80 new wrestlers they have introduced. (TJRWrestling) 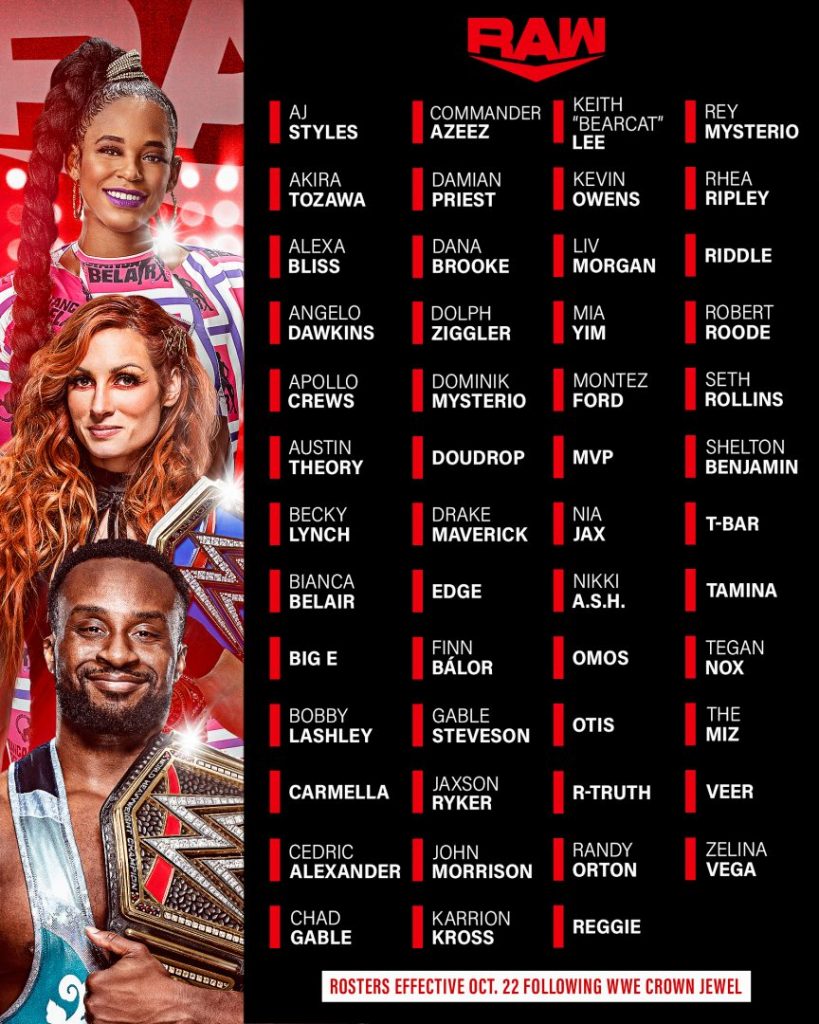 Sometimes something happens in the wrestling world that goes past pro wrestling and changes our very world as we know it. This week one of those moments occurred, when the greatest wrestling website in the world somehow got even greater. This past Sunday, TJRWrestling debuted a brand new site. The total effect that the new site had on the world as a whole are still being sorted out, but to give you some idea on its impact, both Instagram and Facebook both crashed after the debut. (Note from John: Thanks to Adam for the great design!)

New look https://t.co/Fs5g97G7z6 has arrived. I am not a designer by any means, but I like it! I think you'll find it even faster and in many ways better on mobile devices. We're kinda getting used to it ourselves. Might take a day for it to settle in. Looking good.

That will conclude another edition of The Top Ten Wrestling Stories of the Week. Thank you for taking the time to read this each week. Although I often joke, I have recently started working with NYCW and respect more than ever what wrestlers do every week. If you like what I do, despite my jokes being worse than Mark Zukerberg’s week, then feel free to listen to my brand new podcast The Smark and the Noob and follow me on Twitter @Fowlerwrestlin1 as well.